The Ancient Kingdom of Shu

As a fan of 三国演义， Chengdu holds a special appeal for this was the capital of the Kingdom of Shu where my heroes, 张飞，关羽，诸葛亮 lived. I expected to see a lot more relics from the court of Liu Bei at the museum dedicated to the history of that era, but most of the exhibits were replicas or even tacky reconstructions. However, I must commend 武侯祠 for its lovely garden. The entrance fee is Y60, but you can bring stuff to picnic in the garden. On a weekday when there are no crowds, the garden makes a wonderful place for writers and poets to compose their next masterpiece. There is even wifi here.

I used the story of the three sworn brothers to teach the little one about 正义。With friends and especially family, one must never abandon ship when times are tough. No, it’s not “only human” to do so. 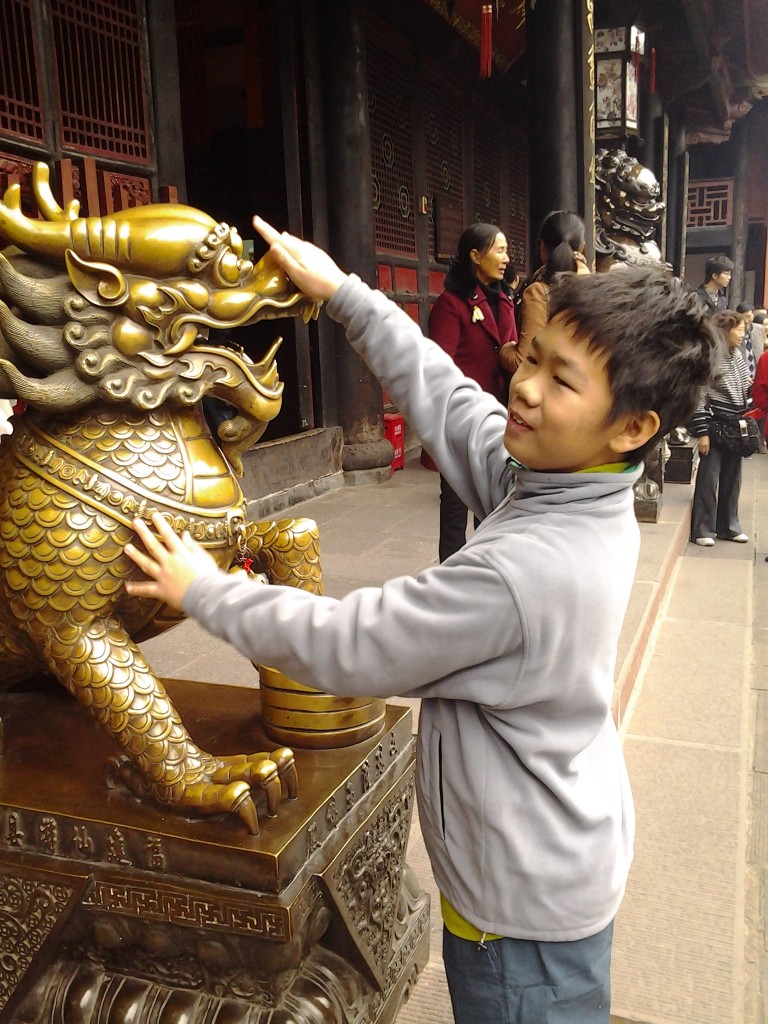 The other top site in Chengdu is 文殊院 or the Temple of Manjusri, is a bodhisattva commonly seen on Tibetan thangkas. He holds a sword, waging war against ignorance. Hence, a Manjusri temple is a temple of wisdom. Outside the temple itself,are numerous shops selling funeral essentials. including urns shaped like tiny coffins.

Further up, are restaurants and teahouses. There’s even a highly exclusive Chengdu Club with classy restaurants and accommodation. For those with humbler palates, there was also a Uighur stall here selling BBQ mutton. We had a couple of that for breakfast. The little one loved it. Xinjiang mutton is free from odour. Interestingly, we were stopped from entering the temple while eating meat. 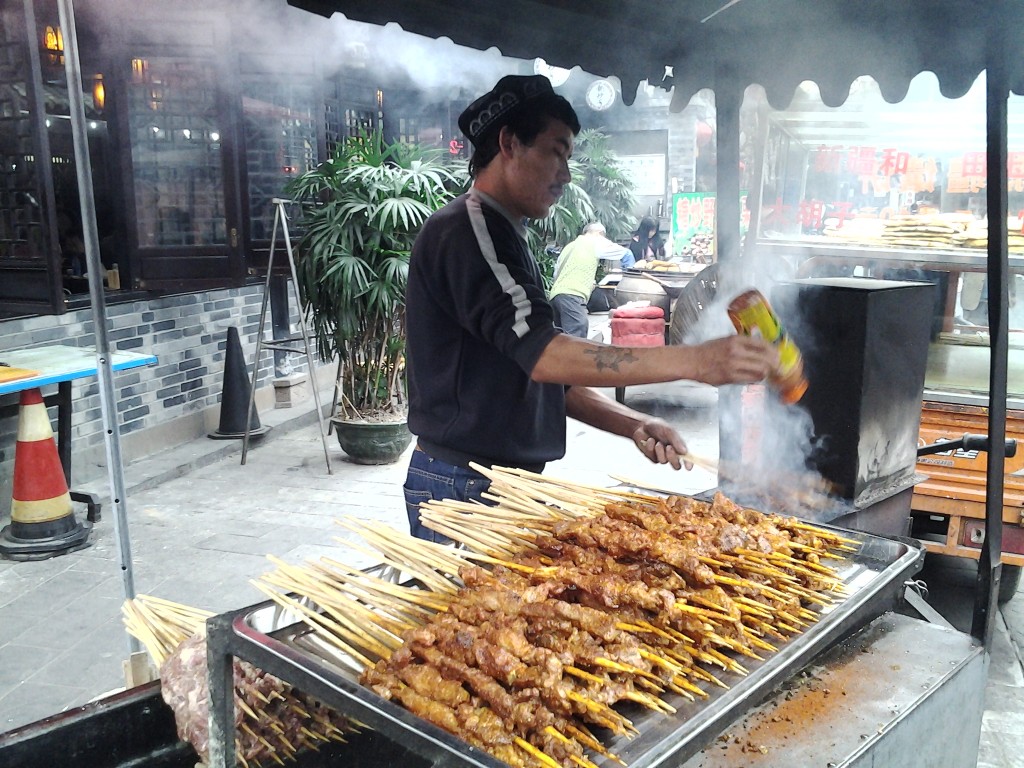 The temple itself is quite typically Chinese. Apart from the words of wisdom on the walls, we saw free food being distributed and monks having their brunch in a dining hall with almost military discipline after chanting. Unlike most other Chinese, Wenshu Temple has a lot less of the rowdy, praying for prosperity crowd.

After a good night’s sleep, we shall pack out bags, do some last-minute shopping. See you in Singapore.