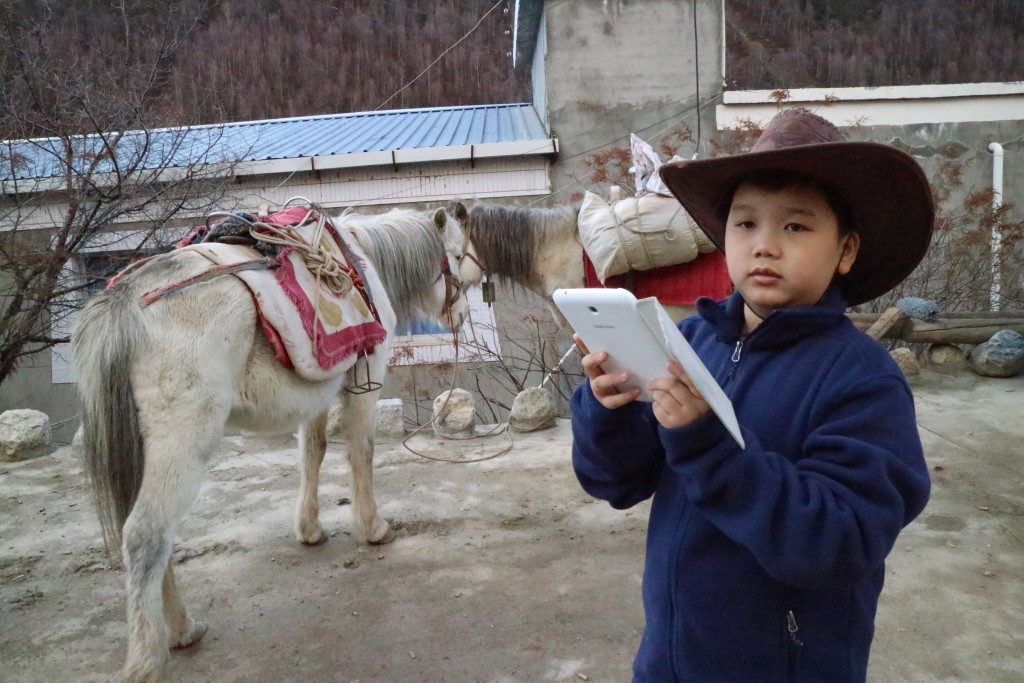 We had our last breakfast at Siguniang this morning. The porridge was good but the kids really wanted sometging different. It’s amazing how climbers and trekkers who stay there for a week or more have the same breakfast every morning.

Our jeep which was supposed to pick us up at 0930 came more than an hour late. Just like on our way to Siguniang, the return trip over Balang mountain offered some spectacular vistas. As we were approaching Chengdu, the driver made a wide detour into the congested streets of Du Jiang Yan to settle his private businesses, causing further delay. Earlier on at A Lee Ben, a group of Chinese trekkers were complaining about the lack of proffesionalism of guides and other people in the travel industry. A Lee Ben’s boss pointed out that his Western customers have much clearer goals in their travels whereas Chinese customers often come unprepared for their last-minute itineraries, making it difficult for guides to take them seriously. This jeep driver is a good example of somone running private errands on his customers’ account. We didn’t look like the type who would punch him in the eye.

Well, we got ourselves snarled in Chengdu’s early evening traffic, arriving at Traffic Hotel at almost 1700. We checked in and took a long walk to Tianfu Square. The kids stuffed themselves with burgers, fries and bubble tea. The original Taiwanese snow ice we had in 2014 is no longer there. In it’s place is a huge steamboat buffet restaurant. The good news is, there is now a small stall selling Taiwanese snacks on the main concourse area.

The kids are tired after that long and punishing ride in Mr Kiasu’s jeep. We’re having an early night and will be visiting pandaland tomorrow.