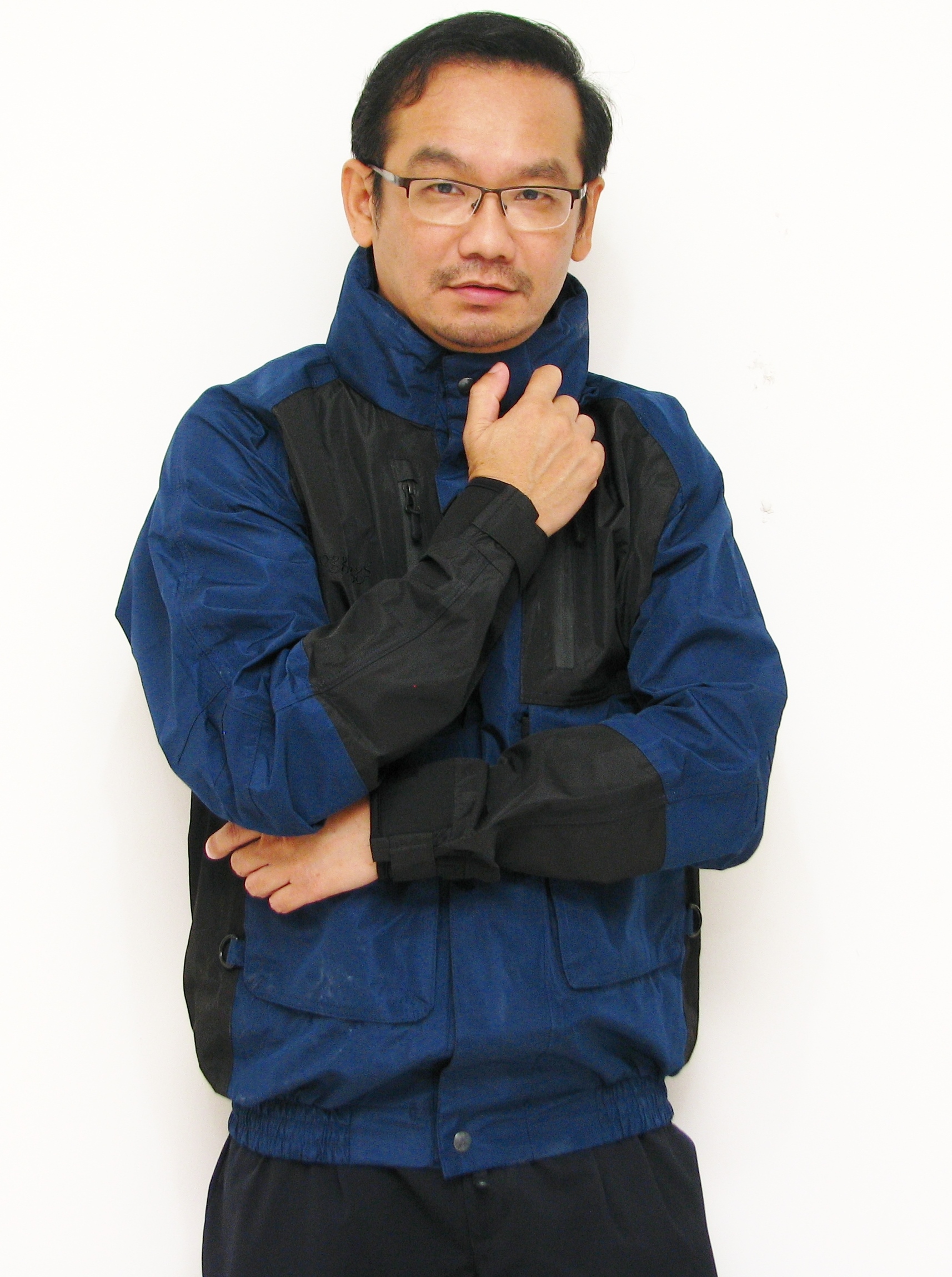 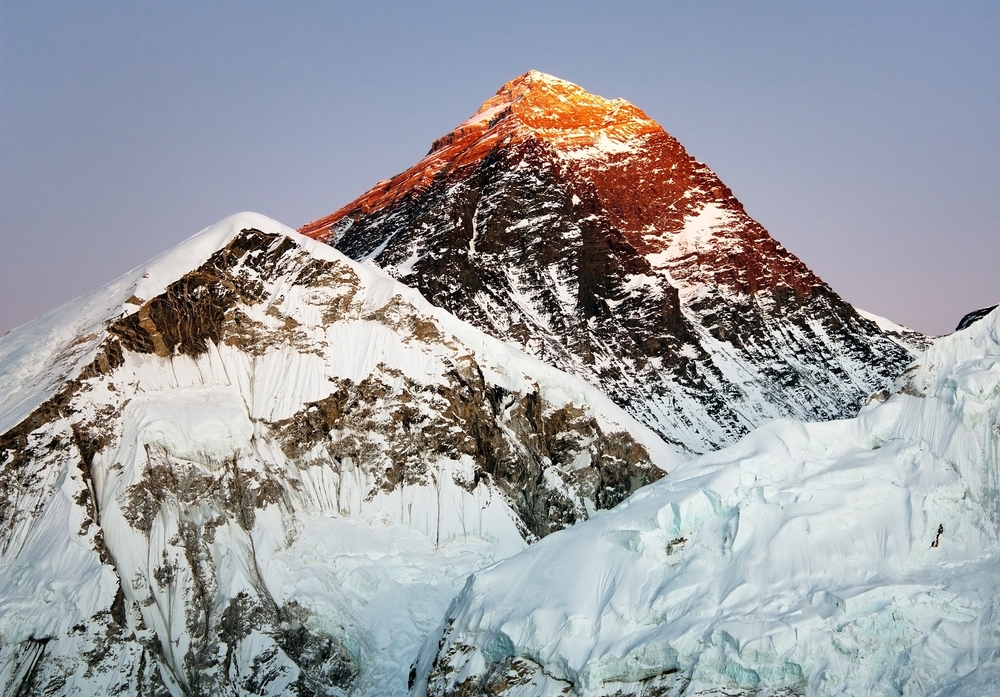 I’ve stopped organising trips and I don’t keep track of adventure trips organised by others, but there has been quite an outcry over a recent trek (“standard” Everest Trek, Nepal) organised by a group that called itself Singapore Trekking Group. Here is the report from their Facebook page after the trek:

I presume nobody actually failed to survive, but it sounded like a disastrous trip with only a fraction of the group making it and so many actually requiring heli-evacuation on a trek that is safe and doable in almost any season. This post, with the accompanying photos garnered more than 100 likes, though it also has its fair share of critics. Most vocal among them was probably “Tim BOAC” who practically vilified them.

…Despite having 9 team members heli-evacuated, the post smacked of unashamed boast. Have they no sense of the implications of what just happened?

…Mission is only fully accomplished if most, if not all, of your clients make it to one or both of the trek high points – KP or EBC – in decent physical condition. Certainly not if even one person got evacuated by helicopter. In this case, it’s an incredible 9 people heli-evacuated from presumably 3 different high points on the trek. In fact, no one trekker should be evacuated by helicopter … unless it’s due to an unfortunate accident or the wrath of mother nature itself. Any well-acclimatized hiker can and should be able to make it to EBC or KP with the right gear on a well-designed itinerary guided by a responsible trek leader.

You can read the rest of Tim BOAC’s diatribe over here.

Was this just a bungled Everest Trek? Was the itinerary a recipe for disaster like Tim BOAC made it out to be? Mountaineering veteran David Lim gave a slightly more measured response.

There’s a lot of expert knowledge up there, along with the usual derisory comments which are so typical of David Lim. David made an authoritative statement and let’s discuss that.

For years, I’ve always outlined that there are broadly three kinds of EBC treks – the classic 21 day one, a shorter 18 day version and a fast 16 day version for only those who know how well they respond to altitude.

For many working Singaporeans, taking 16 days off work is already a challenge. 21 days? Yao mo gao chor ah? Are we going to wait till we retire or get retrenched before we can embark on the Everest Trek? Having said that, make no mistake that it is dangerous to climb too quickly. A responsible trip leader should ask any member who is not fit to continue to stay put or arrange for him/her to turn back. Life-threatening health situations seldom occur suddenly. They occur when early signs and symptoms are ignored. Tim BOAC is right (in a rather emotive way) to say that no group member should be allowed to fall so ill that helicopter evacuation becomes necessary.

I took up high altitude adventures because I found out through chance and experimentation that I’m not very prone to AMS. Allow me to boast a bit. I reached the summit of Mera Peak (6476m) in 10 days in May 2000, but I have seen equally fit and healthy young men totally incapacitated by AMS on Mt Kinabalu (4098m). The Everest Trek is no child’s play, but it’s also nothing to crow about because so many people of average fitness level have done it (and in 14 days to boot).

As for a 10-day trek like that conducted by Singapore Trekking Group, I would only recommend it for 1) folks who have already been pre-acclimatised to at least 3000m or more 2) Those who are suicidal. Even I wouldn’t do something so insane. Unless Singapore Trekking Group’s members belong to the league of superhumans or pre-acclimatised travellers, I’m pretty sure that they were ignoring warning signs and pushing their physiological limits to dangerous levels to make it to Kala Patar (5545m) in 6-7 days (assuming they take 3-4 days to return to Lukla). 10 days is way too short for most folks. Of course, you may meet people on the trail who have done it in that amount of time. Well, they could have come from Ladakh, Annapurna or Langtang. Most likely, they are Sherpas.

In my opinion and experience, a 14-day Everest trek (Kathmandu stay not included) is the norm for any trekking agency in Nepal. They also do longer treks like 16-day, 18-day, but the most popular ones are the 14-day treks. The reasons are obvious. The success rate is reasonably high, the incidence of life-threatening AMS is negligible and even Europeans who can afford to spend months away from work would welcome a shorter trek. Furthermore, there is usually not much to do in the teahouses and not used to the boredom, Singaporean trekkers (who don’t read much) often complain (perhaps jokingly) about watching their socks dry. After a few meals of dal baat, sometimes cooked with yak dung, the food getting worse and worse with each ascent, they can get really grumpy when they dream about their hor fun and chicken rice. Some may even go bonkers, not due to AMS, but from missing too many episodes of Tanglin.

Jokes aside, I observe cultural differences determining the behaviour and strategies adopted by trekkers of various nationalities in Nepal. Koreans especially, tend to move a lot faster than their Western counterparts. I notice that without proper communication, many Westerners jump to the conclusion that they are ignorant. This is not so. It’s just that unlike their European and even American counterparts, they can’t stand idling around.

There is another reason for not spending too much time at altitude. Life expectancy in the Himalayas is not anywhere close to ours. The longer you stay in the Khumbu Valley under less than sanitary conditions, the higher your chances of catching something. You may have acclimatised, but something else may hit you if you stay beyond your welcome. Flu and/or sinusitis, laryngitis, pharyngitis, giardiasis are some of the more common ailments. 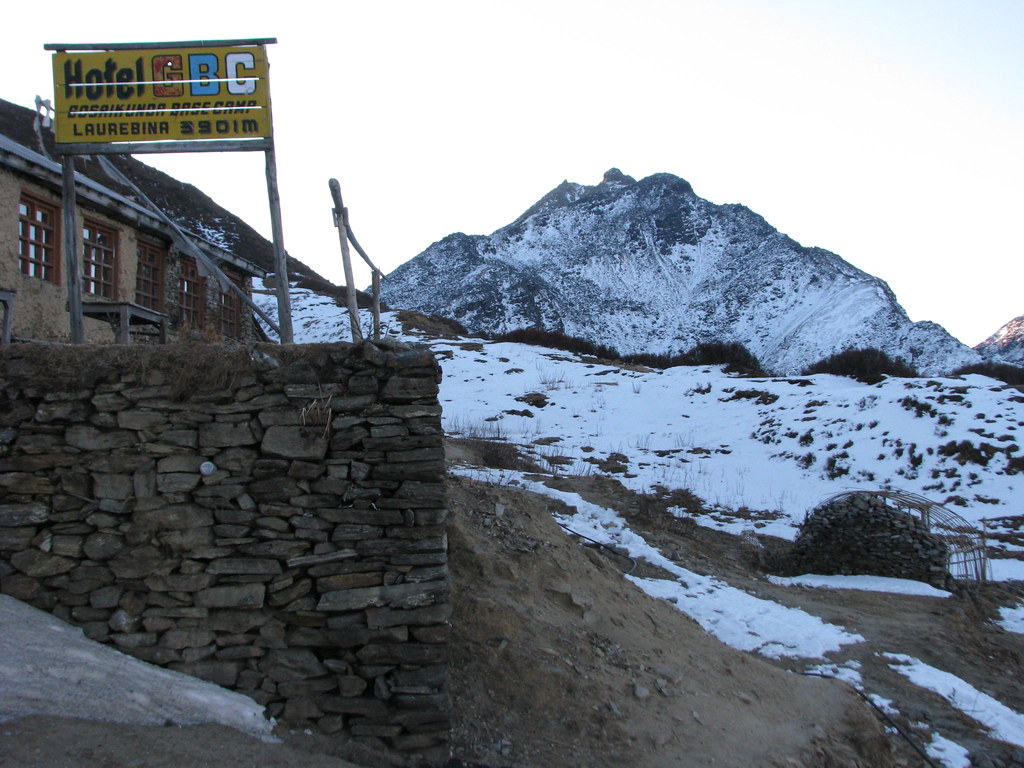 I believe in the Reinhold Messner principle. Once you’re nominally acclimatised and catch a window in the weather, go for it. I’m thus not in favour of spending a night at Gorak Shep. It takes a higher level of acclimatisation to sleep at Gorak Shep 5164m than to trek to Kala Patar 5545m. That’s the principle behind the advice of “climb high, sleep low”.

You need a higher level of acclimatisation to sleep at a location than to trek at it. If you can sleep well at Lobuche 4940m, you can be quite certain that you can make it to Kala Patar and back in one long, exhausting day. To be able to sleep at Gorak Shep, you’ll need a few more days to acclimatise – fine if you can afford the time, but if you doing well initially on a 14-day trek, sleeping at Gorak Shep at the final stretch may result in an emergency situation. I’ve seen people heading back to Lobuche in the middle of the night due to extreme discomfort. There is very little to be gained acclimatising to be able to sleep well in Gorak Shep. If you can’t acclimatise adequately at Lobuche, then you probably can’t make it to Kala Patar anytime soon. If you can, you just need some endurance to push yourself hard to Kala Patar and get back to sleep in safety and comfort at Lobuche.

The moral of the story is really one of balancing risk and benefits. I know a couple of dainty housewives and office ladies who have made it to Kala Patar on 14-day treks while I’m not sure if that puking young man I met on Mt Kinabalu could have made it in 18 days. Setting the norm at 18 days will automatically close the door to many potential trekkers who are in their prime. A real pity in my opinion. All in all, 14 days is the norm we should aim and train for. 16 days perhaps for those who can afford a bit more time. Some will make it, some won’t. If you can make it, give yourself a pat on the back. You’ve met the international standard. If you can’t make it, just turn back and don’t return until you turn 67 or happen to lose your job. Forget about doing the Everest Trek if you’re a big fan of Tanglin.