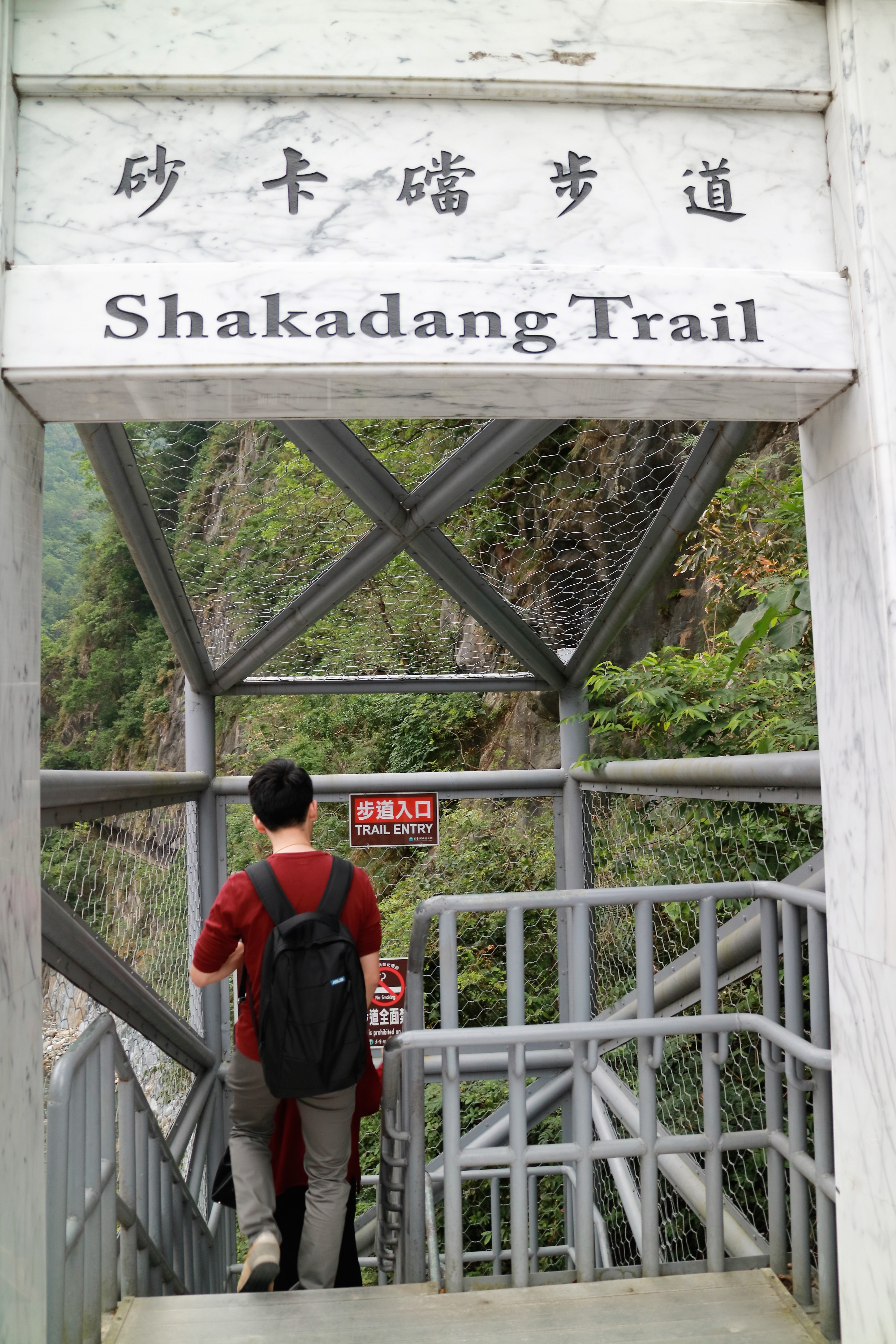 You can read all about Taroko Gorge 太鲁阁 at Wikitravel. I won’t do much cut and paste here. In this blog post, I’ll touch on my personal encounters/experiences.

There are several trains (but not the High Speed Rail) travelling along the east coast of Taiwan. I booked seats on Ju Qiang 筥光号 online, printed out the acknowledgement and collected my tickets at the counter on the day of the trip. The train was bound for Hua Lian 花莲. It made many stops just outside Taipei, but not long after that, it became non-stop ride to Xincheng 新城. While it’s true that Xincheng is nearest to Taroko Gorge, it is not as easy to get private transport here. It took us quite a while before we could find a driver willing to take us for two days and he was coming from Hua Lian to boot.

We ended up having two drivers. The first took us to Qingshui Cliff 清水断崖 while the main driver made his way to Xincheng from Hua Lian to meet us. Ju Qiang is the slowest and oldest train plying this route. I picked this train because it departed from Taipei early and stopped at Xincheng. It was logical, but things didn’t turn out the way I expected on the ground as there were few taxis at Xincheng and most of them were only prepared to go to Taroko and back. We could have slept a bit longer and taken the Puyuma Express 普悠瑪号 or Taroko Express 太鲁阁号 which would have departed from Taipei a couple of hours later. Because these trains were faster, we would arrived at Huan Lian only a bit later, but we would have saved a lot of searching time as a taxi willing to take us for two days would have been much easier to find in Hua Lian.

Anyway, we found Mr Huang and for the next two days, he doubled as our driver and guide. 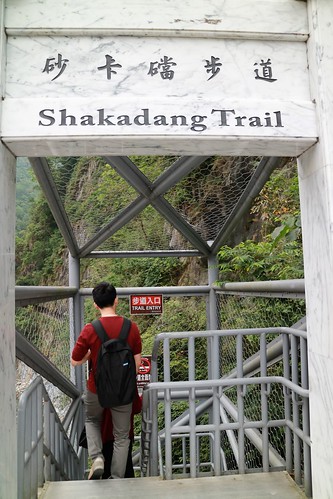 Taroko Gorge and the surrounding areas can be as big or as small as you want it to be. Some trails take days to explore. If you just want to see a bit of everything, it can be a comfortable day trip from Hua Lian. If you plan to do some extended treks in the area, you may want to stay several nights within the gorge. 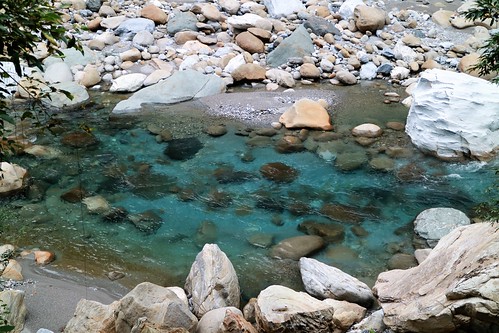 The Shakadang Trail is one of the most popular trails at Taroko Gorge. At a brisk pace, it takes only a couple of hours to reach the river bed and back. The gentle stream and turquoise pools here make this a peaceful place to rest and relax, though winter may not be the best time to wade in the rock pools. 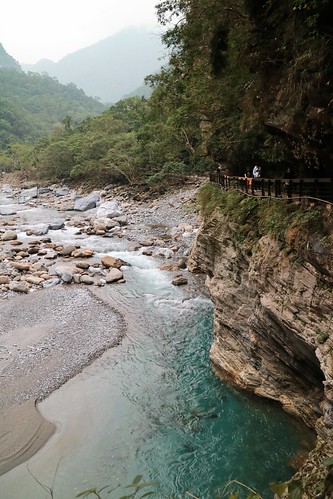 This being one of the most popular trails, there is a good chance of a traffic jam on the boarded walk. 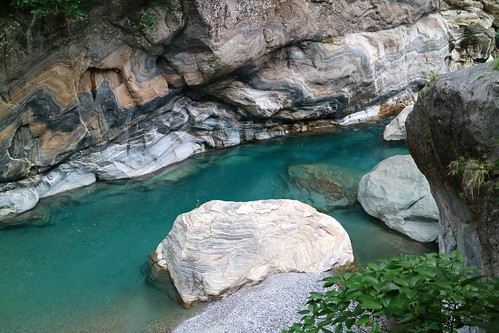 The other sites within the gorge are all easily accessible from the road that winds above the river. The good news for couch potatoes is that there’s not that much walking here. The driver can drop you while you explore on foot and pick you up further down the road. With so many tour buses, it can get chaotic sometimes. However, safety is everyone’s concern and vehicular traffic is usually quite slow. Nevertheless, you do need to be alert and watch out for traffic and falling rocks. 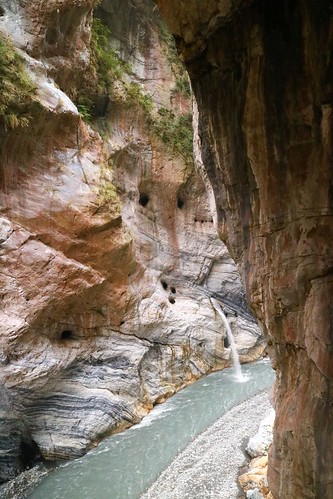 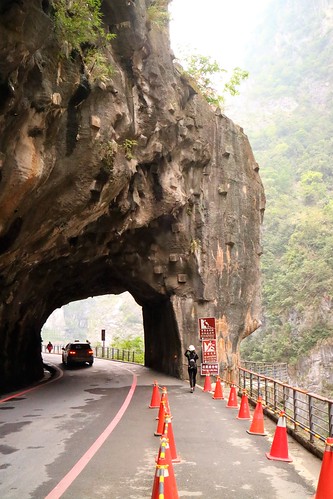 The walls of the Taroko Gorge change at every turn. Some are fenestrated with pigeon holes. Some sport bands of wavy marble. Each wall was like a different tribe, with a different costume. 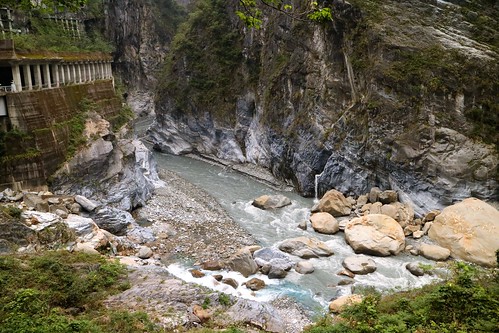 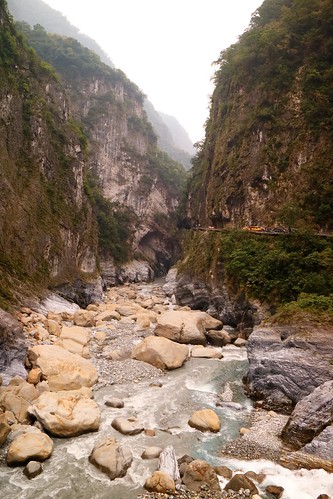 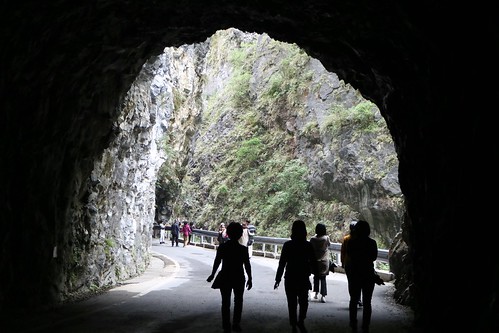 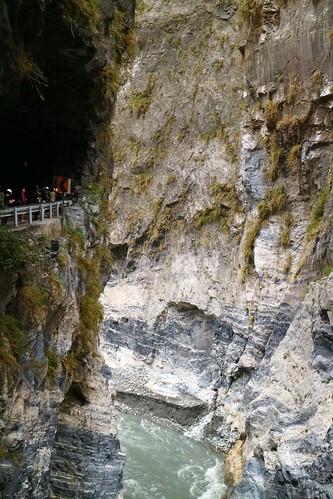 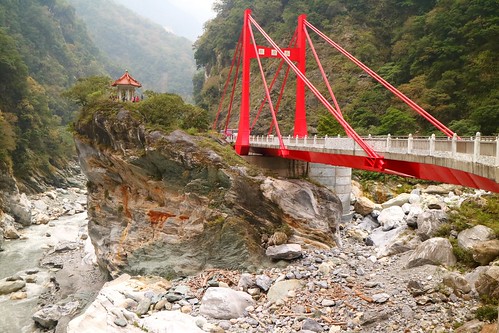 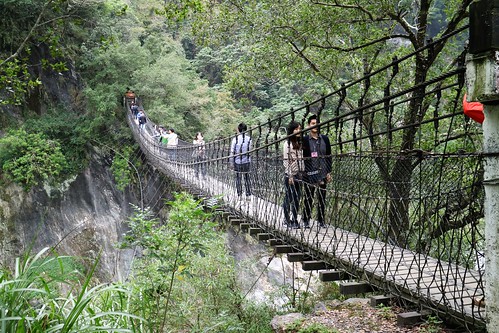 This suspension bridge links to the starting point of a week-long trek to Mt Qilai or Qilai Shan 奇莱山. 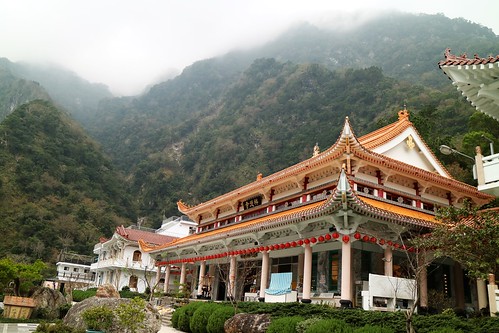 The final stop at Taroko Gorge proper is the “village” of Tian Xiang 天祥, named after Ming Dynasty patriot 文天祥. There is a hotel here, along with convenience stores, souvenir shops, roadside food stalls and a temple. The public buses from Hua Lian and Xincheng also stop here and make the return trip to the park entrance or to Xincheng or Hua Lian. 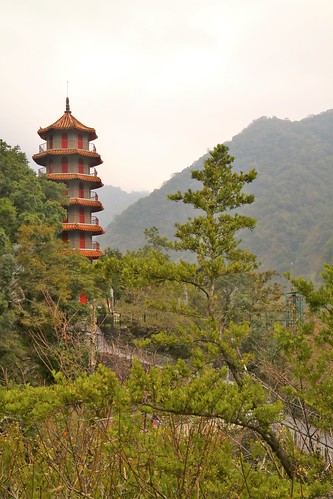 Compared to most parts of the gorge which are inundated with tourists, the temple at Tian Xiang is relatively peaceful. The majority of tourists would be making their way back after this. Some don’t even bother get all the way to Tian Xiang. 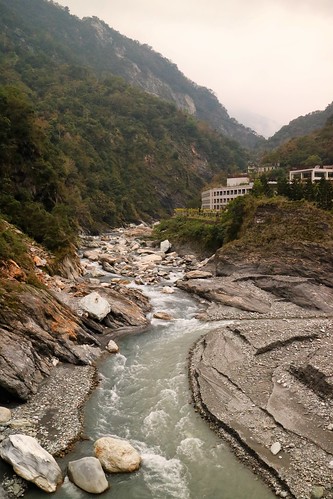 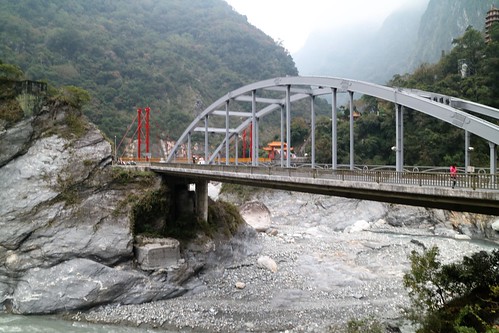 From here, the road climbs higher and higher. It also gets narrower as it winds its way uphill. Shen Mu is a small settlement with a cafe and souvenir shop. Further up, at an altitude of 2734m was our night stop at Guan Yun Lodge 观云山庄. It has very basic accommodation and simple breakfast.