The Ruins Of Old Papan 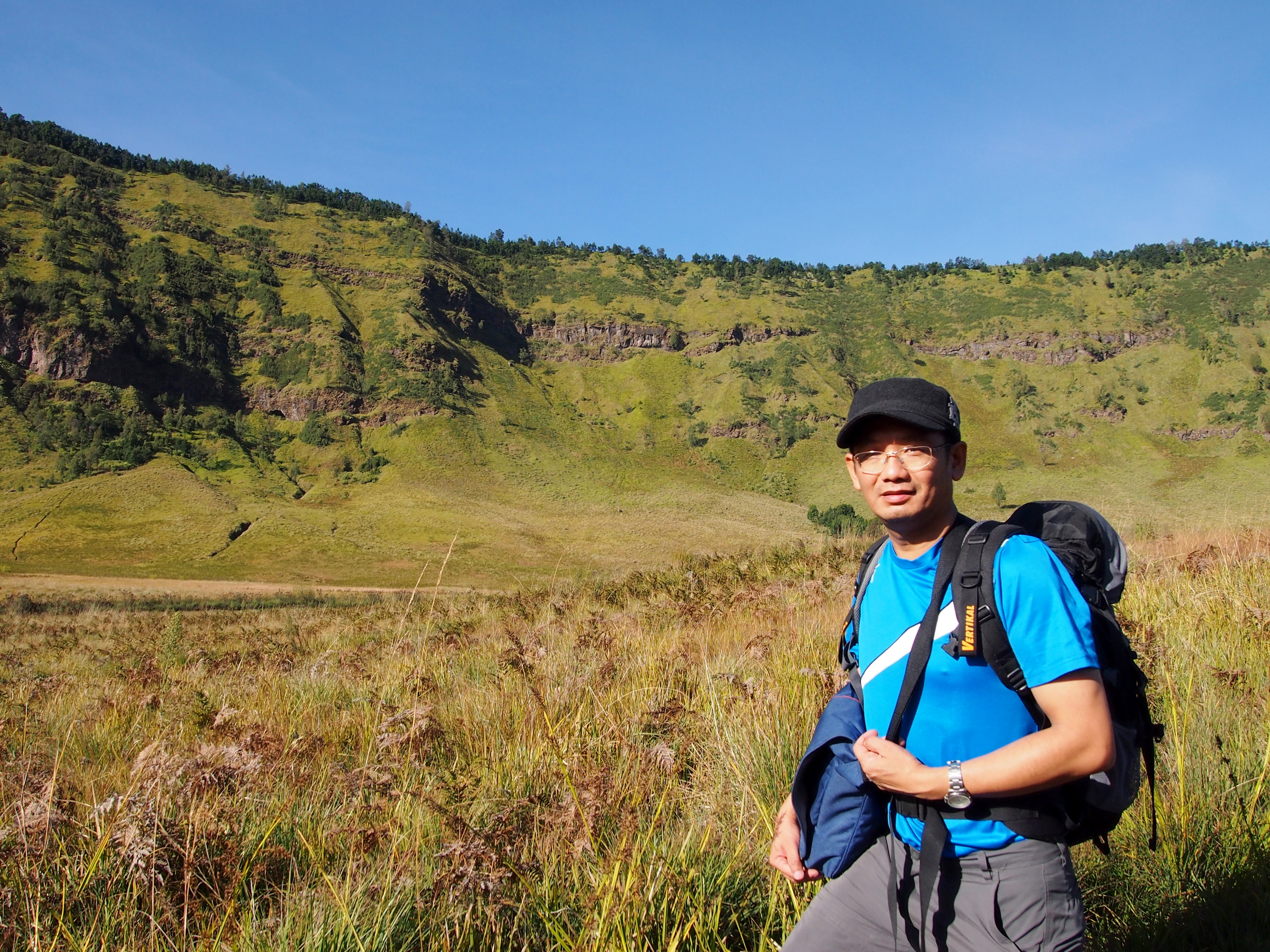 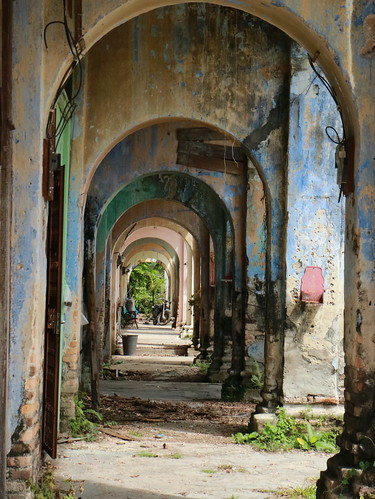 Papan was once a small but prosperous tin-mining town in Peninsula Malaysia. Long-abandoned by fortune seekers, the town now lies in ruins. The ghostly images of a once prosperous town now attracts sophisticated visitors with an eye for antiquities. 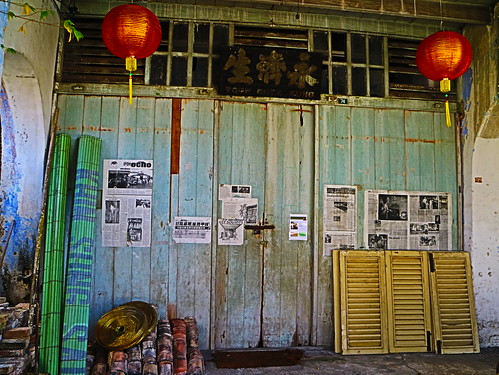 No 74 Main Street, Papan, must be one of the most famous addresses in Malaysia’s northern state of Perak. It was from this building that Eurasian nurse and midwife Sybil (Medan Daly) Kathigasu and her Ceylonese doctor husband, Dr AC Kathigasu, ran a clinic during the Japanese Occupation. They kept a short wave radio and secretly provided medical aid to the Malayan People Anti-Japanese Army (MPAJA) and Force 136 operatives, who were hiding in the hills of Papan. 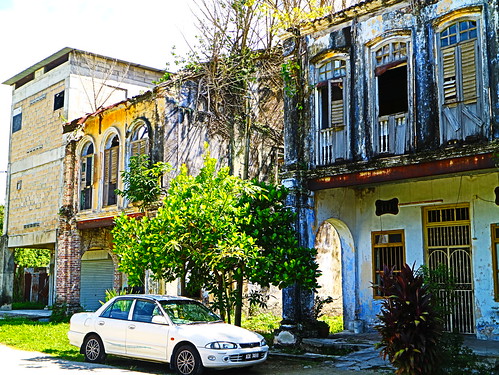 Sybil was arrested in 1943 and tortured by the Japanese and rescued in 1945 after the surrender of the Japanese. She retuned to the UK where she recovered from her injuries, wrote her memoirs and became the only Malayan woman ever awarded the George Medal for Gallantry. Sybil died in 1948.

No 74 still stands and is now converted into a museum dedicated to Sybil and maintained by the Perak Heritage Society. 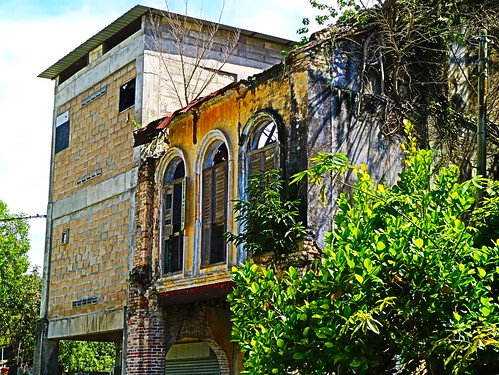 Papan and neighbouring towns in the Kinta Valley have always been associated with tin, although the name Papan means “plank” in Malay and probably refers to earlier days when it was a lumber town.

Papan first came into being in the mid 19th century as a timber-producing town. The word Papan is a Malay word for “plank”. The earliest settlers included some Malays, Chinese and Sumatran immigrants called the Mandailings. 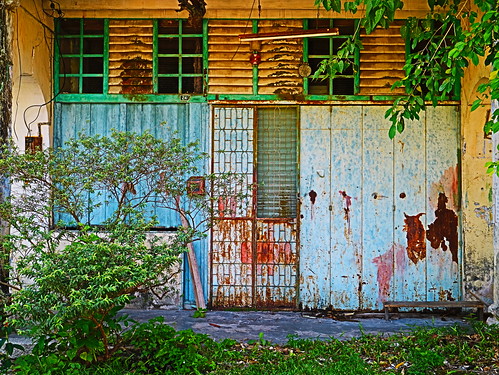 By the 1880’s Papan’s economy changed to one based on tin mining. There were some 13 mines in operation then. A dam was built by the Mandailings, possibly with the help of the Chinese, to supply hydroelectric power to the mines. At the same time, more Chinese were coming to Papan to work in the mines. By the time I first became acquainted with Papan as a child, it was largely a Chinese village or even a Hakka village. 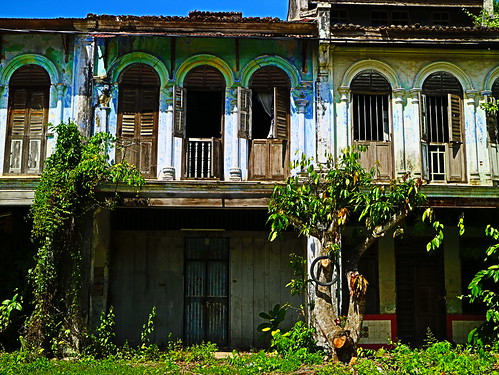 There was a road leading down the main street with two rows of two-storey shophouses on either side. There was also a sandy track bending towards the muddy river. This track led to the residential area lined with tin-roofed single-storey houses. Not too far away, were the tin mines where my grandparents, uncles and aunts worked. I have seen some of them in action, directing powerful jets of water into the walls of a manmade canyon while the women panned the effluent for tin ore. When the mines were abandoned, they became lakes, quite similar to those at Kampar (my father’s birthplace). 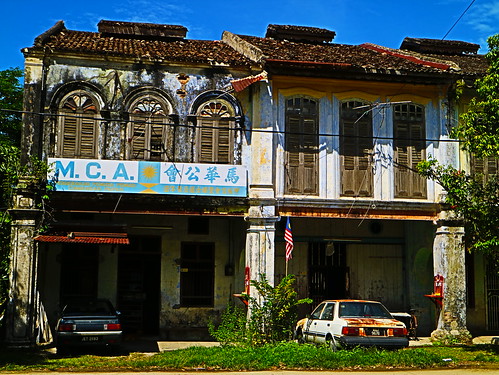 According to historical records, Papan became an important town supplying goods, services and manpower to the tin mines nearby. Streets were laid out by the 1890s and by the turn of the 20th century, the main street had more than 100 shophouses and public buildings, making Papan bigger than Ipoh in its heyday! 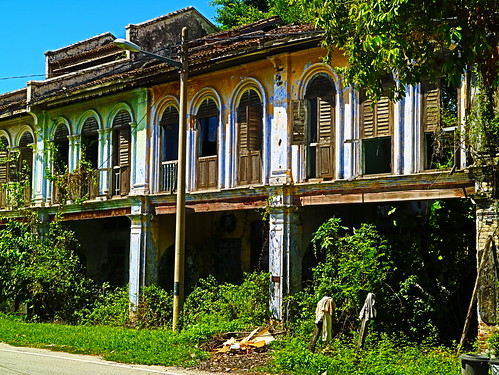 I remember a morning market near the entrance to the town. My grandfather would often take me there for a bowl of hor fun. It was colourful and bustling when I was a child. There was a school near the marketplace which my cousins attended, but I don’t remember the post office and government dispensary mentioned in the records and I certainly didn’t know anything about the brothels and opium dens! Apparently, Cantonese opera was staged at the end of the town and Nurse Sybil was known to be a fan, which explains her fluency in Cantonese.

There’s supposed to be a Papan mosque somewhere, completed in 1888, but I don’t remember seeing one. Like I said, Papan was essentially a Chinese village to me. I guess the demographics took a shocking blow when it became flooded with refugees after Ipoh was bombed by the Japanese in December 1941. Before Papan came on the Japanese radar screens, Force 136 operated here. But on a hillock overlooking the town, an imposing building still stands. 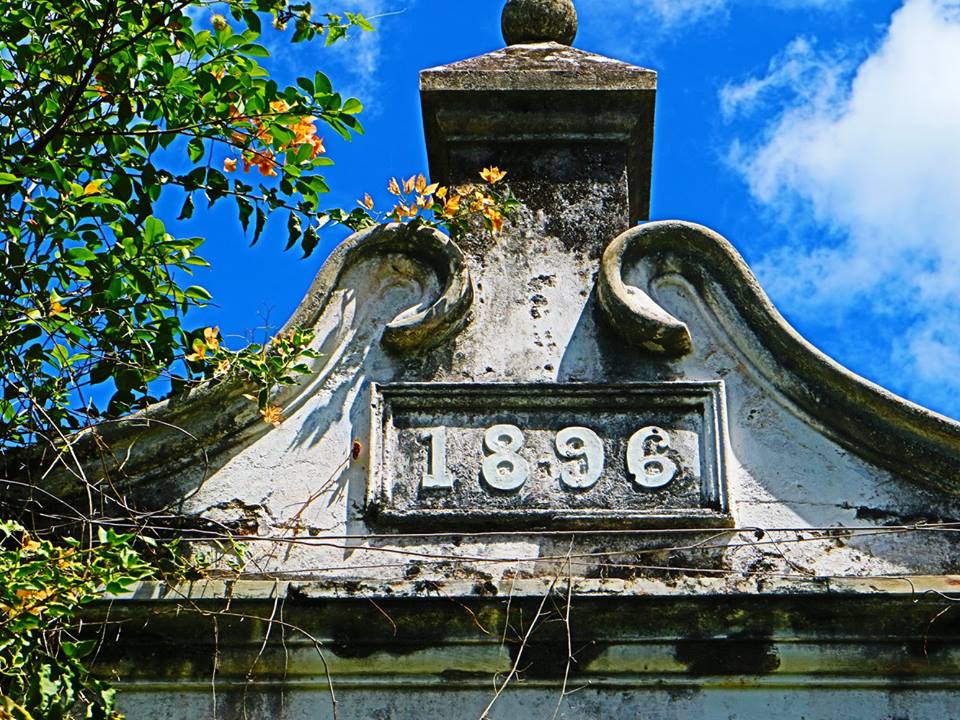 It is the Istana Billah. Completed in 1896, the two-storey villa has always been the largest building in Papan.
Situated next to his 128-year-old timber house (now known as Rumah Asal), overlooking the Papan mosque, the mansion, which is now referred to as the Rumah Besar, was built by Raja Bilah when he was the penghulu of Papan. 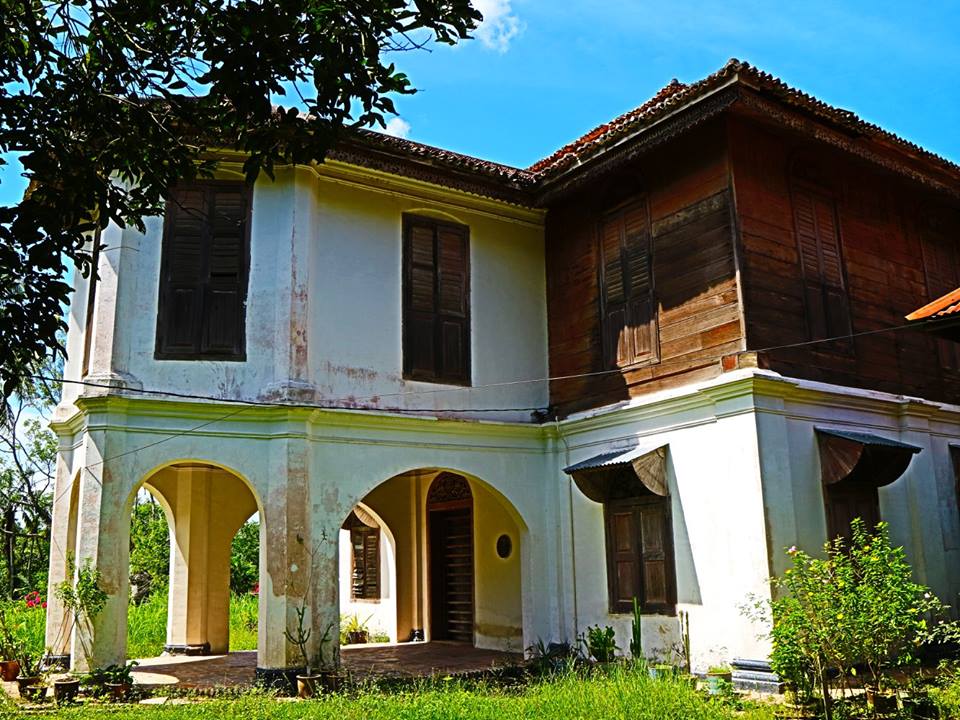 Acccording to Abdur-Razzaq Lubis, a local expert on Mandailing history, once Raja Bilah and his followers had attained some measure of prosperity, his concern was to ensure the long-term future of the Mandailings in Perak.

Although most of the Mandailings left Papan by the late 1890s, Raja Bilah maintained his vision that it would be the community hub in Kinta. 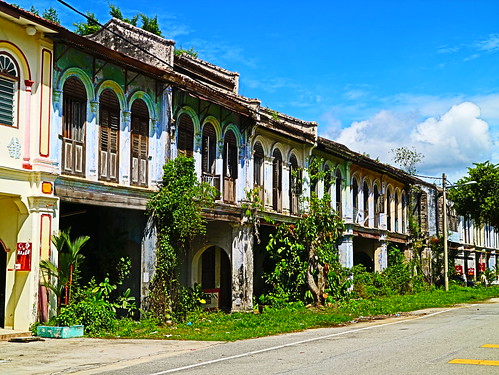 Papan was still somewhat happening till I graduated from NUS in 1988. The smell of burning firewood, chicken droppings and ripening jackfruit was still in the air. But as the last of the tin mines petered out, working adults left, my grandparents, uncles and aunts passed on and Papan was left to wither like a neglected concubine. 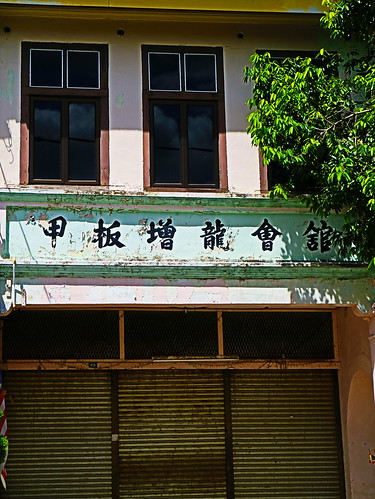 On my last visit, the forest had begun to claim the main street. Shophouses now stand like skeletons with roots and branches invading their inner space. The muddy river is now gone. The neighbours had all left and after my aunt’s demise, my maternal grandparents’ home would be deserted too if not for two of my cousins who are still living nearby. This old town is gradually drained of its human energy, but life goes on in another form, no less beautiful, perhaps even more so. 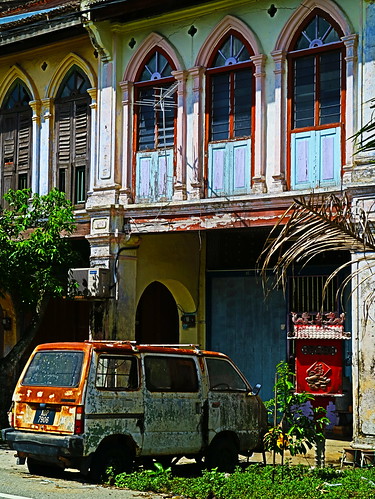 © Dewdrop Publications, photos taken by the author in 2016