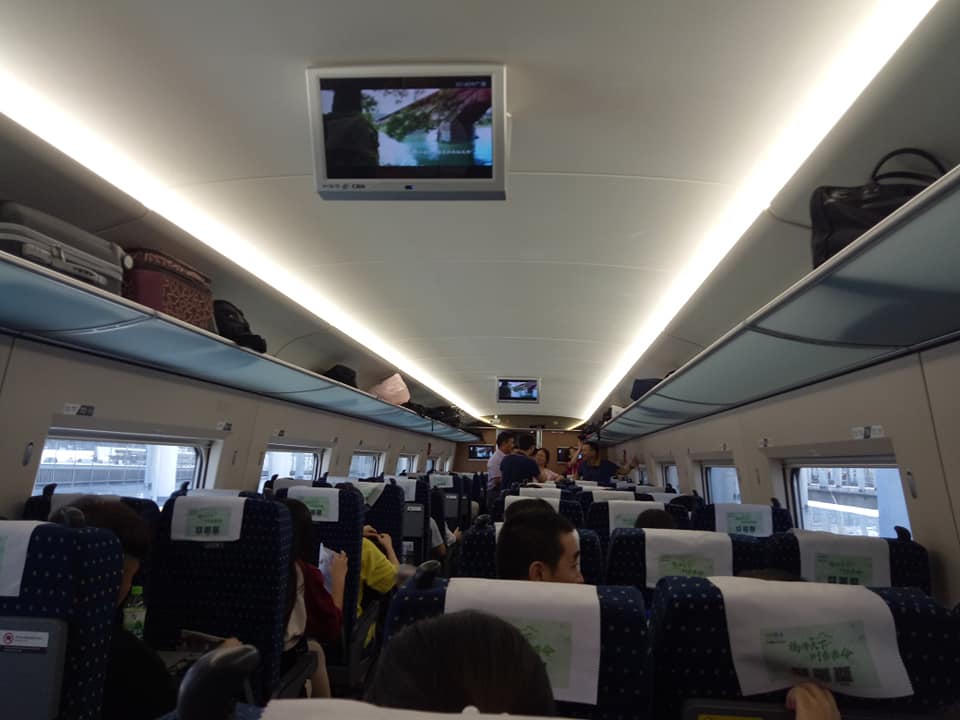 China has progressed at an amazing speed since I first visited in the 1990s. Especially obvious is the infrastructure and one of the biggest gift to travellers like me and businessmen like others, is the high speed rail that covers 113 cities in China. This number is likely to increase in the coming years. It’s said that with the high speed train, you can see pandas in Chengdu and the terracotta army in Xian on the same day. I don’t recommend such an itinerary, but you get the picture. With less travelling time between cities, you can include more destinations in one visit. 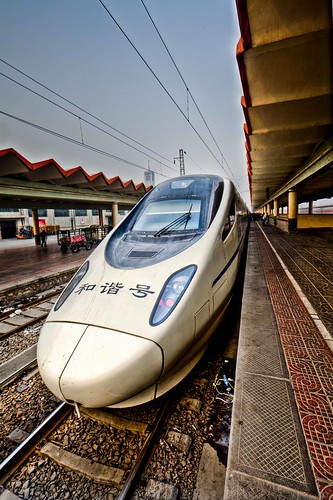 There are basically 2 types of high speed trains in operation. One is the D series. D stands for Dongche 动车. They travel at a maximum speed of 250km/h. The network covers popular destinations like Xian – Chengdu, Chengdu – Chongqing, Lanzhou – Urumqi, Shanghai – Suzhou, Shanghai – Hangzhou, Yichang – Wuhan and many others in between. Below is a ticket I bought for a trip between Wuyi Shan (North) and Quanzhou. Note that there are two Wuyi Shan stations, the north and the east stations. The north station is closer to the town centre and the east station is closer to the eastern entrance of the park. It’s the same with big cities like Fuzhou and Xiamen. Different trains departing at different times will stop at different stations like Fuzhou South or Xiamen North. Make sure people receiving you go to the right station. 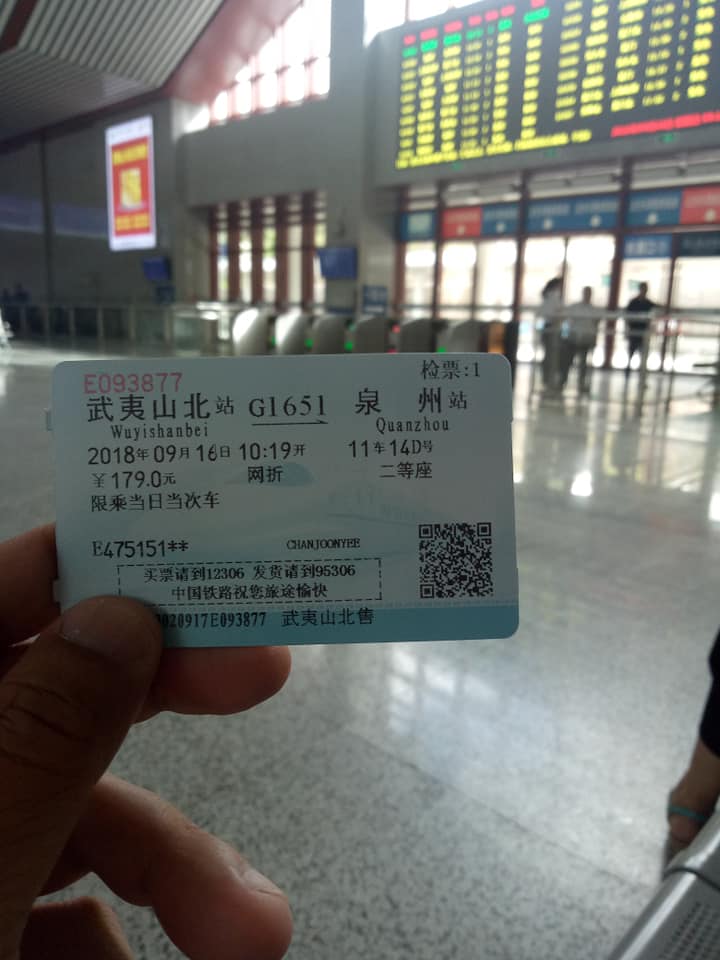 The train I took on this trip belongs to the G series (Gaotie, 高铁). Within this class of trains, there are other sub-classes with speeds ranging from 250-400km/h, with the fastest Fuxing trains able to go at 400km/h. On this train, the maximum speed attained was about 297km/h and curiously, it slowed down to just under 200km/h between Fuzhou and stations further south. Earlier, I had travelled from Longyan to Wuyishan. It was also a G train which only came close to 300km/h after passing Fuzhou. Anyway, the train departed from Longyan at 1149 and arrived at Wuyishan East at 1415. Below is the estimated time taken by road. 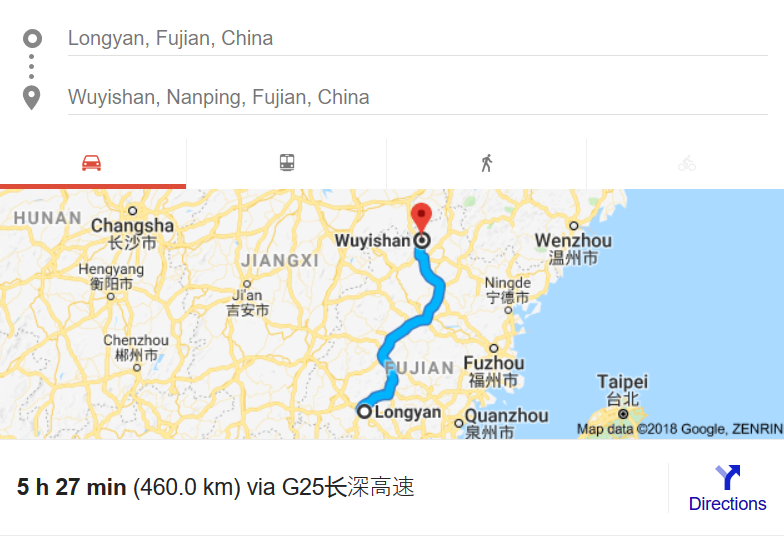 For more info and booking of train tickets, you can check out https://www.chinadiscovery.com/china-trains/. I used a mobile app to book my train tickets. I recommend China Train Booking. Once you’ve booked (during train operating hours), you can get a confirmation within about 20 mins through email. All you need to do is to show your booking confirmation at the manned ticketing counter of the train station to collect your ticket before departure. Chinese nationals with IDs can use it to do a self collection at the automatic ticketing machines. There are a few “classes” of tickets on the train. As you can see from my ticket, I bought a second class ticket. There is also first class, business class and a standing class 站票. Be sure to book your tickets well ahead of time.

Note that as with flights, you must provide your name and passport number while booking a train ticket. These will be checked when you enter the railway station. Your luggage will also need to be scanned just like in the airport. The big difference is, if you miss your train, you can get on a later train without paying extra.

There is an additional option to 补票 or to extend your trip by topping up the difference. The attendant actually goes around asking if anyone wants to do that. All high speed trains have a very strict non-smoking policy, but the loophole here is that the rule is not enforced on the station platforms. Trains typically stop for only 1-2 mins at stations, but at some of the bigger stations, they can stop for as long as 5mins. You may find passengers who have not reached their destinations scrambling out onto the platform to take a quick puff. Even the attendants on the platform smoke and throw the cigarette butts on the floor!

While the hardware has reached a high level of sophistication, revolutionsing travel in China, the human users are yet to catch up. On the whole, things are still pretty civilised. You need to be pretty unlucky to sit next to someone who pulls off his socks and hangs them on the coat hanger.