Is Mrauk U Safe? 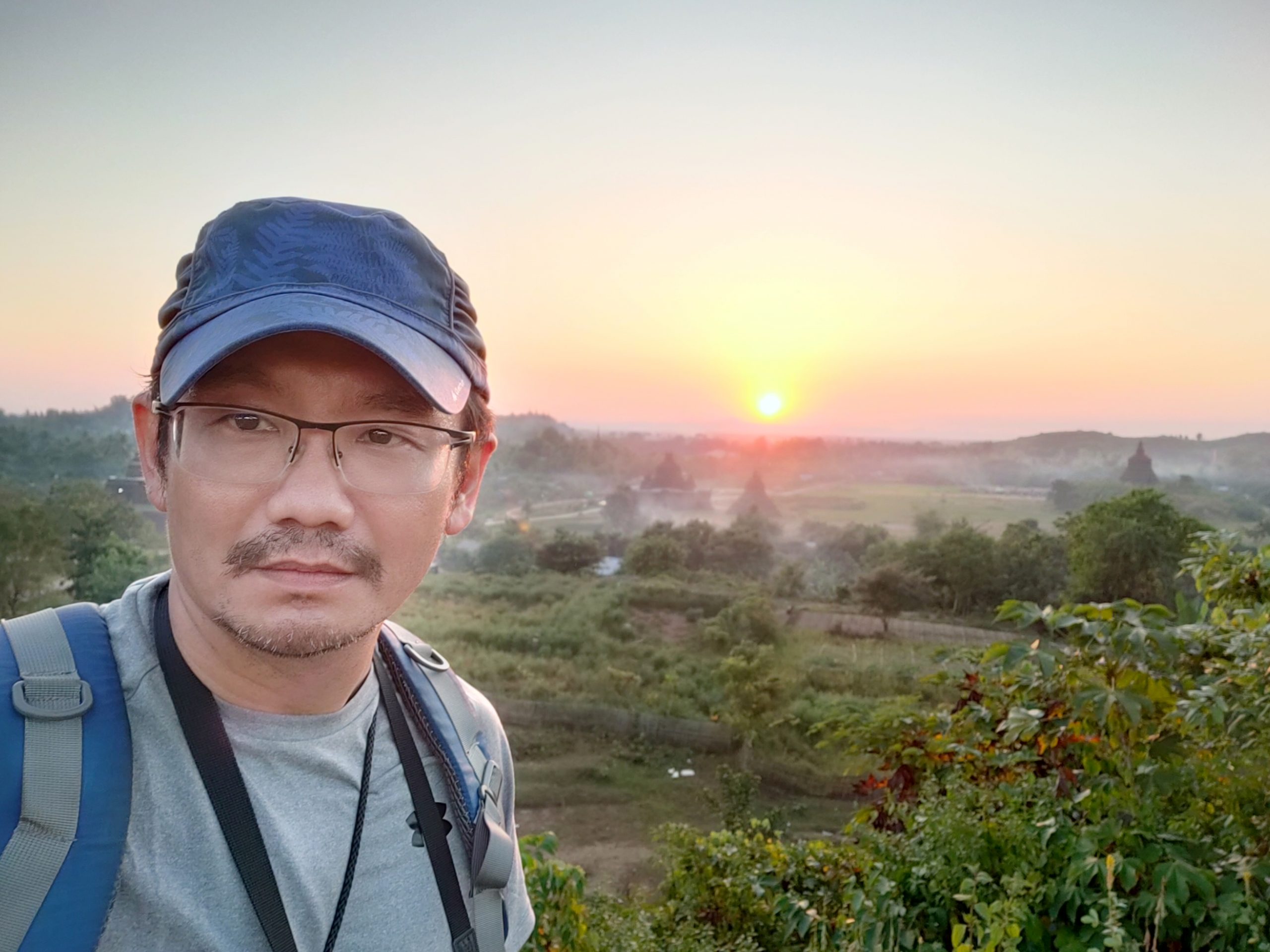 I returned home from Yangon, ending Myanmar 2019 feeling quite fulfilled. Not long after sharing my pictures of Mrauk U, I received several private messages, asking me if Mrauk U is safe.

Perhaps unknowingly, these folks have asked me a somewhat pointless question. Below is my personal experience. Yours may vary. Before I begin, let’s take a look at the travel advisory, courtesy of Singapore’s Ministry of Foreign Affairs.

OK, I registered with the MFA (not that it’s very useful) and kept everyone informed of my movements on Facebook (perhaps even more useful even though it’s not “official”, but then, I’m not an academic). Now let’s take a look at what Uncle Sam has to say. Its advisory is more recent.

At first glance, the US Department of State’s travel advisory sounds even scarier, with words like “armed conflict” instead of just “security is tense”, but the advice given is simply to exercise increased caution in contrast with Singapore’s “deferring non-essential travel”. Mrauk U is listed in both travel advisories. Hsipaw is listed in the US version. I was planning to visit both places.

As a regular visitor to JB, I find it amusing that even a few robberies or accidents in JB is enough to deter some Singaporeans from going to the neighbouring state. Armed conflict? That must scare the hell out of most Singaporeans, but with some firsthand knowledge of what’s commonplace in messy and mind-boggling Myanmar, I didn’t think a place like Mrauk U would be as unsafe as it is made out to be. In Greece, some rioters would spray graffiti all over shop windows, but they never sprayed on the walls of churches just next to them. Likewise, the Arakan Army in Rakhine State are very proud of their unique cultural heritage. How could they trample all over the testimony to their ancestors’ glory? 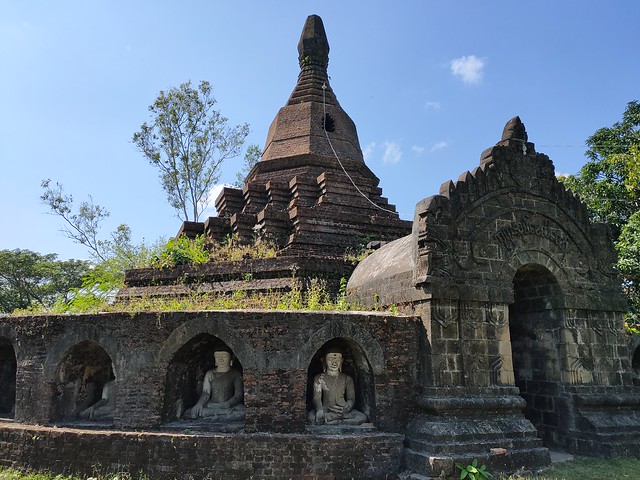 So I went, approaching with great caution of course. From Yangon, I flew into Sittwe (safest and fastest way) to check things out with the locals first. It is important to note that the locals are the ones who want your business and they have a vested interest in your safety. The authorities on the other hand, would always rather be safe than sorry. With that in mind, you can weigh out the relevance of information from both sides.

I read online that the curfew in Mrauk U would start at 7.00pm. Actually, it started at 9.00pm. Information on the ground is most reliable. There was no transport going up from Sittwe when I arrived at about 5.00pm. The drive to Mrauk U would typically take 3 hours – longer after nightfall and no driver was confident of reaching there before curfew time so I had to stay a night in Sittwe and it turned out to be an evening well spent on the beautiful View Point Beach. I’ll wax lyrical about this beach in another post. 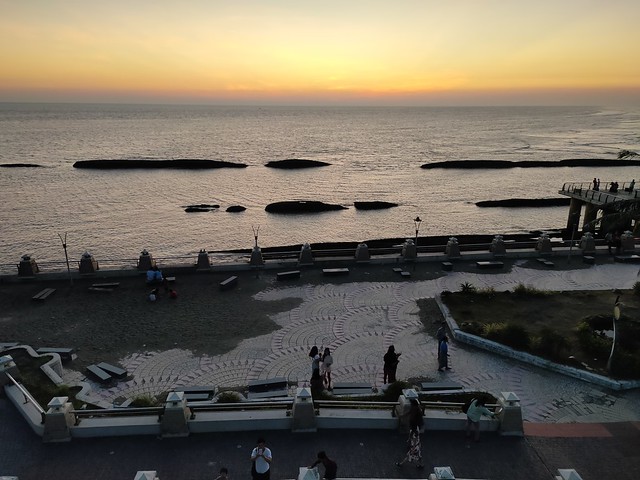 Sittwe is the capital of Rakhine state; probably the second poorest state in Myanmar after Chin State. Violence rocked the city in 2012 when the Buddhist majority purged what was practically the entire Muslim population, leading to the famous Rohingya crisis. While the mosque in Sittwe is sadly in ruins today, the city is even more peaceful than Bali as no travel book written for the masses recommends Sittwe as a travel destination.

The bus journey to Mrauk U took about 3 hours (7,000 kyat). There were a few bumpy sections, but overall, it was quite a smooth ride. In contrast with Sittwe, Mrauk U was a shanty town. The attractions here are of course the ruins of the Mrauk U Kingdom.

My favourite has to be Kothaung Paya. I will introduce the other temples in another post. This temple is furthest from the town. It was completely deserted. I was the only one there! It would have been pretty silent if not for the motar bomb explosions. The first one was was quite scary, but they seemed to occur every 10 minutes or so. The subsequent ones were progressively easier to ignore. My driver assured me that they were 15 miles away. However, he warned me not to walk on the side of the temple facing a police station – a favourite target for the rebel army.

Apart from Kothaung Paya, I didn’t see or hear any signs of fighting anywhere else. Mrauk U was ironically and incredibly peaceful without the hordes of tourists you may encounter in places like Bagan.

I saw perhaps just one of two other foreign tourists here. The Shwe Thazin Hotel where I stayed was occupied by foreign aid workers. They sounded British and according to my driver/guide, they were there to provide medical aid for refugees who have been displaced by the civil war.

Sunset was around 5.30pm and sunrise around 6.30am (early November). Observing the curfew was not a problem at all. A point to note is that although there are many buses leaving for Sittwe in the morning, the “main” bus leaves at about 7.00am. It’s possible to leave later, but it’s likely to cost more. I left at about 9.00am. The fare was 10,000 kyat.

Is Mrauk U safe? Yes, for me it was. For you, I don’t have a definite answer. Go if you dare. Stay put if you don’t.