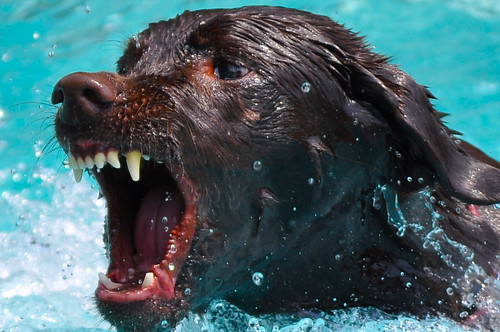 A 35-year-old jogger became the latest victim of a dog attack at the new Punggol Waterway Park, five days after another jogger had been similarly attacked, according to The New Paper.

Bank executive Chow Cheok Kai told TNP he was attacked by a pack of nine stray dogs during one of his weekly jogs in the area on 19 December.

Despite trying to walk away from the pack, a few dogs bit him on the leg. He was later administered with a tetanus shot and given antibiotics, the paper reported.

I know what’s on everybody’s mind. Cull them. Yes, perhaps that’s the most acceptable thing to do now, but that would be ignoring the root of the problem.

Packs of wild dogs have inhabited Coney Island since time immemorial. In the good old days, sailors from the various yacht and sailing clubs used to sail there for BBQ parties or just camping over the weekends. Man and beast established a commensal relationship. The dogs were shy and never had to attack the sailors.

With the construction of the Punggol Waterway, a dam called the Serangoon Tidal Gates joined Coney Island to the mainland. Plans for Coney Island are sketchy at the moment, but the authorities have already fenced up the “island” and declared it State Land. Sailors are no longer able to camp there. The wild dogs can now swim over to Punggol if the fence proves too high to climb. One way or another, Coney Island’s wild dogs have found their way to the mainland. And the planners seem to have completely forgotten about them. Who should we be angry with?

I’m not against culling the dogs, but there has certainly been some human error or negligence here.