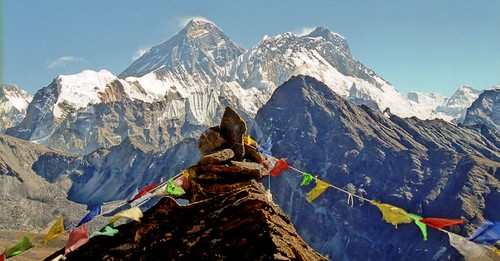 It’s high season on Everest, world’s highest mountain and the number are out. Numbers of casualties. Dead bodies are piling up in the snows. So far, 3 have been confirmed dead and 2 are missing, believed to be dead.

According to herpa Ang Tshering, chief of the Asian Trekking company which organised the adventure: “Schaaf (a German doctor) died at the south summit due to altitude sickness.”

This may sound strange. He made it to the summit but died of mountain sickness while descending. It sounds more like he was too exhausted to make the descent and there was insufficient manpower to mount a rescue. The other 2 confirmed victims were were a Canadian/Nepali climber and a Korean climber.

The two missing people were a Chinese climber and a Nepalese guide.

It’s sad, but even though many of us expected something like this, there is nothing we could have done to prevent it. Mountaineers. Are they simple thrill-seekers, egomaniacs or depressed individuals climbing into the void to let Fate decide whether they should live on?