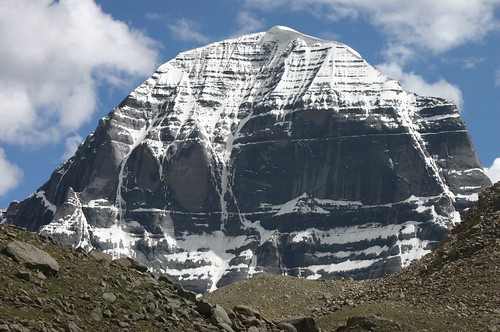 10 Singaporeans made a trip to Tibet to visit a holy mountain but only eight will return home after two died from falling ill with altitude sickness, reported The Straits Times (ST).

A 66-year-old man and a 61-year-old woman died on Monday after developing severe mountain illness and could not be rescued in time, said a Chinese news website www. 8264.com.

The Ministry of Foreign Affairs (MFA) confirmed the matter and said that an officer from Singapore’s embassy in Beijing has been dispatched to Lhasa, the capital of the region, to provide all necessary help to the Singaporeans affected.

The tour group were visiting Mount Kailash, which is more than 6,000m high, in western Tibet.

Thousands visit the mountain each year which is believed to be sacred for religions such as Buddhism and Hinduism.

MFA has sent its condolences to the families of the two Singaporeans who have died and are working with the local authorities to facilitate the return of the remaining eight members of the group to Singapore, said a spokesperson.

You can’t scale the sacred mountain. Pilgrims walk around it. It’s called the Kailash Kora. The highest point on the pilgrims’ trail is Dolma La, a mountain pass at altitude 5636m. Anyone who is well prepared can make the trip. Unfortunately most trip leaders are not well trained in recognising symptoms or providing timely treatment.

Emergency evacuation is actually much easier on the Tibetan side than the Nepalese side of the Himalayas. The Tibetan Plateau is vehicle friendly. There are also many possible helicopter landing sites. If the agency/trip leader is well equipped and has an evacuation plan in place like many of the Japanese groups, something like this should not have happened. Unfortunately, Singaporeans tend to go on the lowest possible budget because they think that this ain’t Europe.

Shouldn’t we start treating mountain tourism with some respect?

2 Replys to “Tragedy On Kailash”