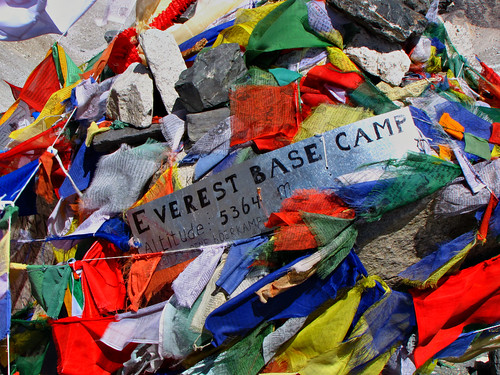 The 10th edition of Coca -Cola Tenzing-Hillary Everest Marathon is scheduled to be held on May 29th, 2012.

Organising a press conference in Kathmandu on Thursday, organisers Himalaya Expeditions Inc. and Adventure Sports Nepal said that race starts from expeditionary Everest Base Camp (5364 meter), near the Khumbu Glacier and ends at Namche Bazaar (3446 meter), the capital town of Sherpas covering a distance of 42.195 km.

The main purpose of this dubbed “World Highest Marathon” is to develop a new and unique tourism product to help uplift tourism in Nepal and contribute to opening up new international tourism markets and increase the number of visitors.

“We want to promote Nepal as the one of the best destinations for adventure sports in the world.” said the organiser.

Tenzing-Hillary Everest Marathon was first conducted on 29th May, 2003 to commemorate and celebrate the 50th anniversary of the first successful ascent of Mt. Everest by Tenzing Norgay Sherpa and Edmund Hillary during in 1953. nepalnews.com

Start point at Everest Base Camp? This means the competitors must first make the trek to Everest Base Camp and start running down to Namche Bazaar. It sounds sensible unless some people want to helicopter in and run down. Let’s hope the prize is not a herd of yaks as the winner is most likely to be a Sherpa.