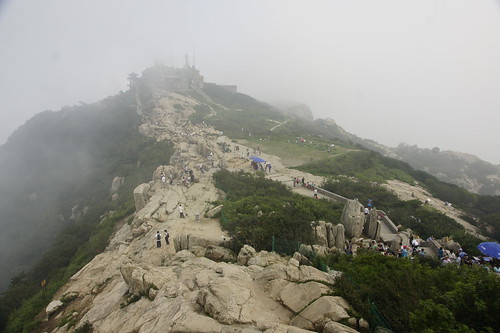 A person who failed to recognise greatness is often said to have failed to recognise Taishan or Mt Tai. Indeed, Mt Tai is one of the “Five Great Mountains”. Ceremonies on this sacred mountain are associated with sunrise, birth, and renewal, and is often regarded the foremost mountain in China even though the scenery may not be the most spectacular, standing at an altitude of only 1533m.

Mt Tai has been a place of worship for at least 3,000 years and served as one of the most important ceremonial centres of China from the time of the Shang to that of the Qing Dynasty. Over time, this worship evolved into an official imperial rite and Mount Tai became one of the principal places where the emperor would pay homage to heaven (on the summit) and earth (at the foot of the mountain).