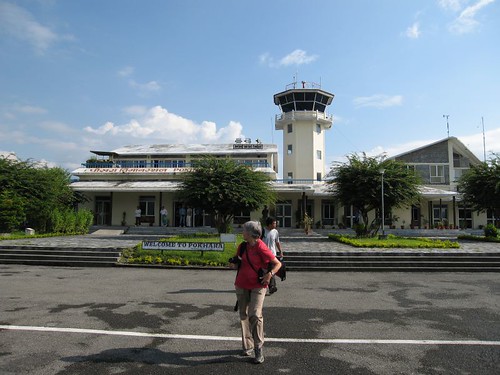 The official activities were completely halted as the demonstrators blocked the entrance gate of the office.

The office staffs including Chief District Officer and public were bared from entering the office.

Meanwhile, administrative activities have been halted in almost all government offices in Kaski due to the strike of the pressure group for the third consecutive day on Tuesday. The pressure group had urged all the government agencies in the district to close down their services in support of the ‘movement’ to exert pressure on the government to start construction of the international airport in Pokhara.

The pressure group comprising the representatives from various walks of life launched second round of strike accusing that the government did not keep its promise to meet their demands within 15 days.

The pressure group coordinator Krishna Mohan Shrestha said they would continue strike until the government start construction of the airport. nepalnews.com