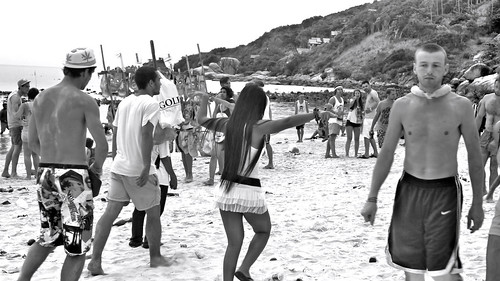 BANGKOK–A 22-year-old British tourist was shot dead as he danced at a New Year party on one of Thailand’s most famous islands after a fight between rival Thai gangs erupted on the beach, police said on Tuesday.
The holidaymaker was killed when a Thai man opened fire at a bar on the island of Koh Phangan in southern Thailand in the early hours of the morning.

“He was shot in the side while he was dancing on the beach,” local policeman Lieutenant Colonel Somsak Noorod told AFP, adding the area had been packed with revellers during the evening’s New Year celebrations.
Police believe the gunman was aiming at members of a rival gang.

Phangan is a resort island in the Gulf of Thailand neighboring Koh Samui and draws thousands of backpackers to its famous full moon parties.

Boy, am I glad I’m too old for this. I wouldn’tt want to be caught in any crossfire between rival Thai gangs.