Tourism Not Under Water – Yet 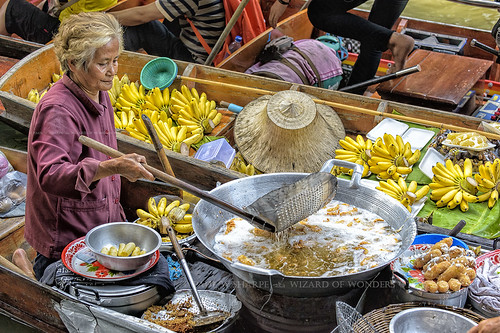 According to TAT Governor Surapol Svetasreni, despite the current floods in many provinces throughout the country, the tourism industry has not been sabotaged by the situation as tourist attractions are not damaged and the number of travelers is still the same, especially those foreign visitors, who still travel to places as usual.

Welcome to Amazing Thailand. Amazing that in spite of their gentle and kreng jai ways, they are capable of saying the darndest things (like kids). Yes, the tourism and travel sector contributed Bt825.6bn (US$27.99bn), or 7.3%, directly to Thailand’s GDP in 2012, but what about the rest of Thailand which has already been adversely affected by the floods this year?

Yes, you house is under water, but mai pen rai, tourism is not affected. The floating kluay tord stall is also not affected. For those who are affected, we’ll bring a boat-full of camera-toting Farang to take pictures of your submerged house. Yim noi ja!

Floods have already affected more than 2.1 million people this month and ravaged more than 1.14 million rai of farmland.

Disaster Prevention and Mitigation Department director-general Chatchai Phromlert said yesterday that floodwater had also damaged 2,310 roads, 6,900 houses and 145 bridges. “Of the 29 flood-hit provinces, the situation in just five has returned to normal as of today,” he said.

Many of these provinces are heavily flooded. The worst-hit spots in Chaiyaphum are about 2.8 metres under water.

In Buri Ram, floodwater levels have soared above three metres in Krasang district, marooning more than 200 families. Officials are making desperate efforts to get relief items to these victims.