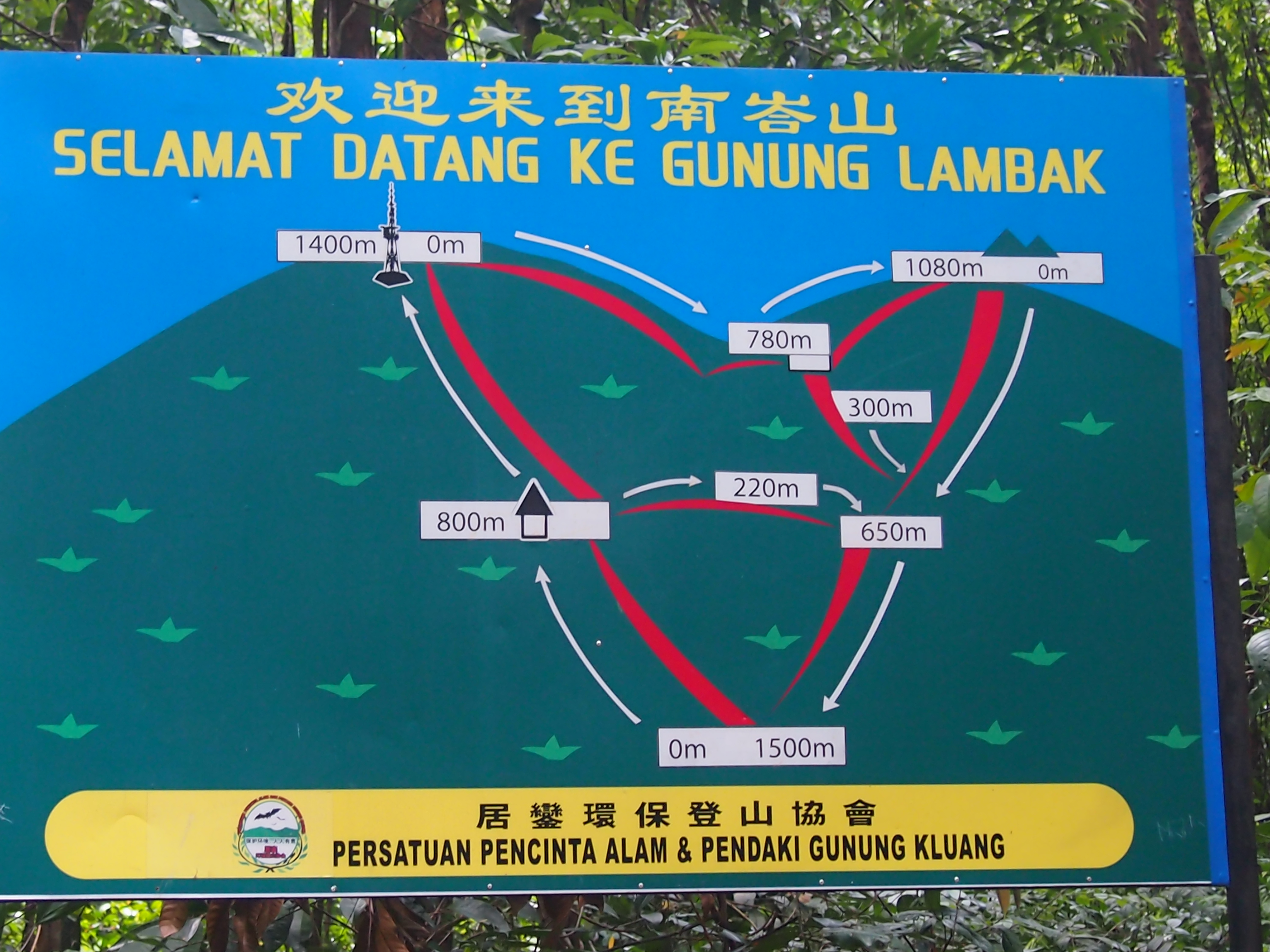 Yes, Mera Peak (6476m) was 14 years ago for me, but I’m still pretty fit and 510m Gunung Lambak in Johor may sound like an insult, but since it’s my son’s school expedition, how can I not support? As the little one is often upset by a change in routine, I was pleasantly surprised that he was so cheerfully waiting to board the bus.

We left the school at Yishun on schedule and crossed the border into Johor Bahru in about an hour after a slight hiccup at immigration. Another 2-hr drive on a Malaysian sleeper coach brought us to Kluang over which Gunung Lambak towers. As a regular visitor to Malaysia during my childhood, it was both touching and interesting to see my son travel here on his first trip under more comfortable conditions. Throughout the trip, the little one enjoyed the repetitive pattern of oil palm plantations outside the window, but before long, he was exploring the bus. He concluded that the seats on the back row had more legroom than the rest and settled in over there.

It was just past midday when we arrived. The sun was blazing, reassuring us that it wouldn’t rain. Gunung Lambak base camp looked rather uninspiring. The little one was quite familiar with suspension bridges in Nepal, but believe it or not, many of those in Nepal are better maintained than this one. Nothing, however, prepared me for the grave environmental issues further up the hill.

The little one had an easy start. The first part was a gently sloping concrete path. The little one was fascinated with a gushing spring which resembled some broken pipe. The natural beauty of the place outshone the man-made structures, but any unsuspecting couple may be lulled into a disastrously revealing date if they decided to go for the summit.

At this point, the most senior member of the group (who kept referring to herself as one of the “younger” ones) decided to turn back. It was a wise decision as her knees were beginning to wobble.

As any observer from a distance can tell, Gunung Lambak is actually made up of two peaks. We were, of course, heading for the higher one. It might be interesting for me to explore both peaks one day – alone.

The builder of this pondok really had a sense of humour. Of course, there is no Chinese tea being served here. It’s just a simple pondok. After a few sips of water, a few pictures at the large and old signboard, the real climb began.

The 2-D images don’t do justice to the hellish slopes that awaited our little climbers. Severe erosion had caused the unprotected steps to disintegrate. Loose, thin ropes tied to trees provided some assistance for those not good at near-vertical rock-climbing. Exposed roots and steep incline without much foothold challenged the will of the little ones.

The sweltering heat made the challenge tougher. With short legs and limited upper body strength, the little one struggled and cried. I had to do quite a bit of lifting, pushing and cajoling to get him going. Sissy trek? Tiny hill? I had quite a workout here.

I was worried that the little one might not be aware of the purpose of the struggle. But when the ground flattened out and he spotted the RTM transmitter, he raised his arms and shouted “yay!”.

After some snacks and rehydration, we descended via a different route. This turned out to be more merciful than our route of ascent. Still, there were seriously eroded steps, leaving virtual cliffs that made descent rather tricky. Nevertheless, the little one descended at a searing speed. Until we encountered a giant millipede.

We soon arrived at base camp and had our lunch at the canteen. The food was nothing to write home about. They are obviously not fans of Dr Chan’s Kitchen. I could have given them a few cooking tips. Suffice to say that I would have preferred army food, but then, this is an adventure after all.