We came to Chengdu a lot earlier than planned, thanks to the earthquake at Ganzi Prefecture. The little one is enjoying McDonald’s, KFC and steamboat buffet – not exactly what I had planned for him initially. Nevertheless, rather than roaming around the city doing nothing other than shopping and eating, I decided to do a bit of soft adventure. After some close encounters with pandas, I decided on a spiritual journey to Leshan to see the giant Buddha. I’ll post more details when I reach home, but suffice to say, the giant Buddha iis being treated like some amusement park character by the hordes of “pilgrims” here.

We visited on a Friday and the crowds,coming from all over China, clogged up the narrow and awfully steep stairs descending on the statue’s right and ascending on the statue’s left. It’s indeed a strenuous workout for the little one and some of the less than robust folks.The whole thing is extremely commercialised and touristy. Some of the offerings go for Y900. The bigger the pilgrim’s dreams, the more he’s willing to offer.

It’s such an irony that so many stories teaching the renouncement of worldly posessions are painted on the walls of the temples near the head of the giant Buddha. 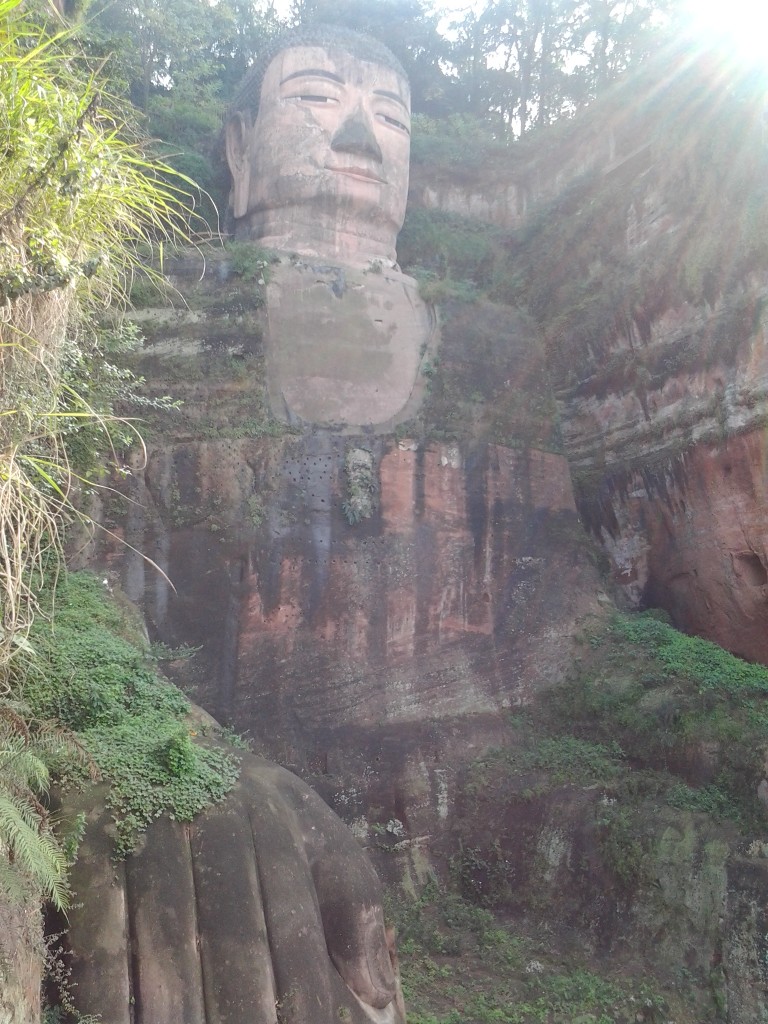 It’s sad that this seems to be the onky way to raise funds and protect this grand ancient monument. In China, a diety that doesn’t grant wishes like the genie in Aladin’s magic lamp will be forgotten.