Former national swimmer Irving Ng, 43, was out for his weekly jog on Saturday when he died due to a heart attack.

The details can be found here.

It’s indeed a shocking piece of news. He was a national swimmer. He was a physical education teacher. Some of you may be wondering – how could someone so fit and apparently healthy just collapse and die like that? Well, part of the answer can be found here. Artery narrowing and hardening can be found in individuals as young as 22. Sometimes, it doesn’t matter how fit you are. Your endurance is still great. Your lung capacity is still high. In Irving Ng’s case, he probably already suspected that something was wrong, but he didn’t tell anyone.

For every Irving Ng, there are probably several middle-aged folks out there who show absolutely no signs or symptoms of heart disease. Dying alone is tragedy enough. Being survived by young dependents is even more tragic. I’m a firm believer in buying insurance to protect my dependents against anything untoward that happens to me. I’ve often been laughed at by people who think that they’re in good health and I’m in even better health. Well, I just hope that after this episode, people will learn to guard against shocking events like this.

Don’t let anyone tell you that you’re wasting your money buying insurance. You’ll never know. I take calculated risks in the wilderness, but to me, going through life without insurance is far more reckless than going on adventure trips. 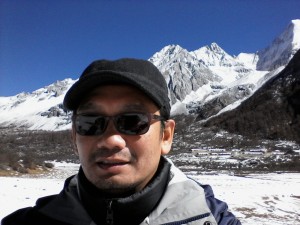