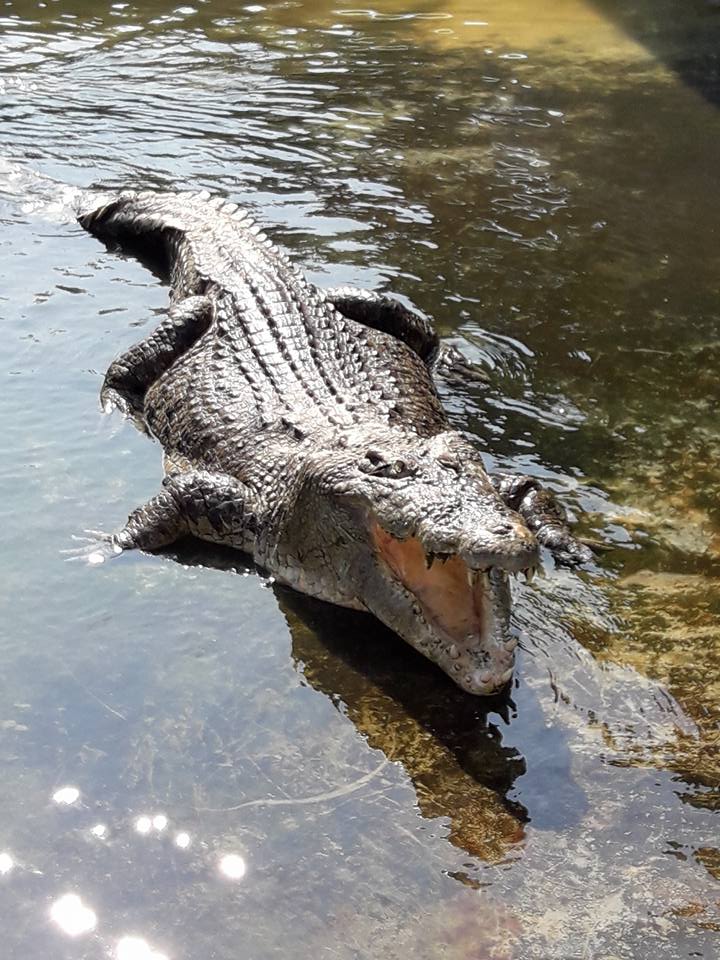 The crocodile farm or taman buaya is located in the west. Wahid took about 30mins to drive us there. We were the first “group” at the farm that day. Those who came direct from Singapore arrived when we were leaving.

“Want to buy some chickens to feed the crocodiles?” the lady boss asked me.

“”Of course not. We can’t let you feed them. It’s too dangerous. The guide will feed them.”

RM10 for 3 chickens. We entered the crocodile farm proper. Our guide brought along 3 chickens. No, they’re not live chickens – probably expired stuff from the supermarkets. Unfortunately, the crocodiles were obviously not hungry that morning. We ended up having to coax them to eat.

After the feeding, we were brought around the crocodile farm. I pointed at a small crocodile and asked the guide how many months old it was. It was 9 years old. I realised that these reptiles were not only slow-growing, they can live up to 200 years! A few crocodiles in the crocodile farm were 150 years old. At that age however, many of them had already lost all their teeth. The guide said that for these seniors, they had to chop up some corned mutton before feeding it to them.

There were also breeding pools surrounded by grassy peripheries. After mating, the female crocodiles would dig a hole in the ground, lay their eggs and then bury them.

“After a huge feast, a crocodile can go for 3 months without food.” said our guide. “They shrink quite a bit when they lose fat.” 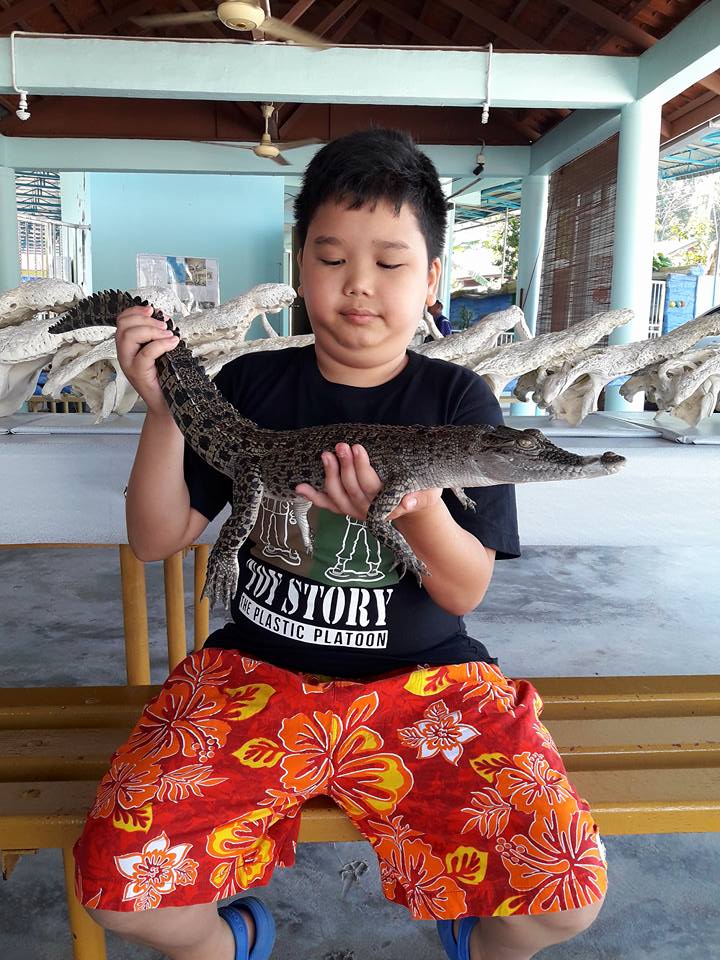 No wrestling match here like those in Thailand, but it was still an interesting tour. The part my No. 2 enjoyed most must have been the holding and cuddling of the baby crocodile.