As you can see from the Google Earth image capture above, Desaru Utama is just a couple of km north of rundown and sleepy Bandar Penawar. It is an estate with a cluster of shops, rather typical of Malaysia. Our driver Wahid was not free that evening, but he called his friend to pick us up, giving us the licence plate of the other driver before he arrived at the resort. I got his number too, but I forgot his name. As we needed transport back to the resort, I decided that I would call him when we were done with our makan and shopping.

Less than 10 mins’ drive from the resort, Desaru Utama was a hive of economic activity. There are hardware shops, fast food outlets, provision shops and even a small shopping centre. My No. 2 went straight for the KFC here. He had to have his burger fix. My No. 1 and I are not into junk food. I didn’t find any Chinese restaurants, but after the very Chinese meal at the fruit farm, I was ready for something more exotic. The closest to Chinese food here was a nasi ayam place, but the most striking part about Desaru Utama is the strong Pakistani/North Indian influence at some of the “local Indian” eateries here. I decided to try the somewhat authentic naan and tandoori chicken.

Unless you’re into the clubbing at the Ombak Bar at the resort, Desaru Utama is probably the most interesting and convenient place to go to at night if you happen to be staying in one of the confining resorts in Desaru. 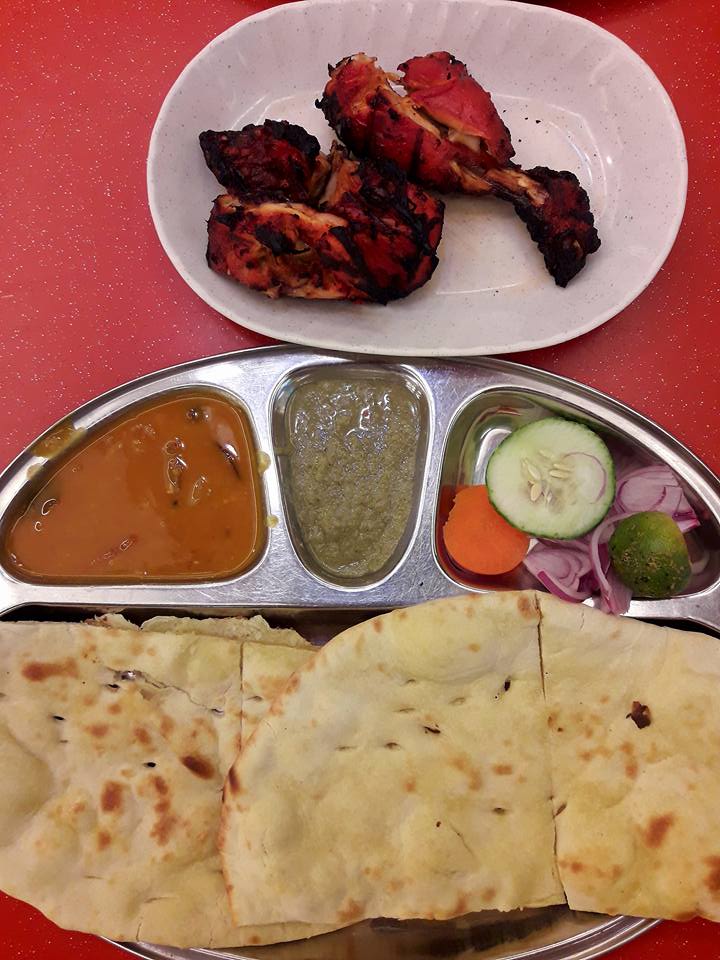 2 naan sets like the one you see above cost me only RM18. We ate with our hands. The kway teow goreng was RM4 (a little more than S$1!) and the sup kambing at RM8 actually had chunks of meat in it. There is also a small shopping centre at Desaru Utama, but since we didn’t have much time to spare, we decided to give it a miss. This place is a lot more happening than the town of Bandar Penawar itself. It was as if all the blood from the latter has been drained by Desaru Utama.

After a satisfying meal and walk, I called the driver (can’t remember his name) and we went back to the resort to rest well for our journey home the next day.