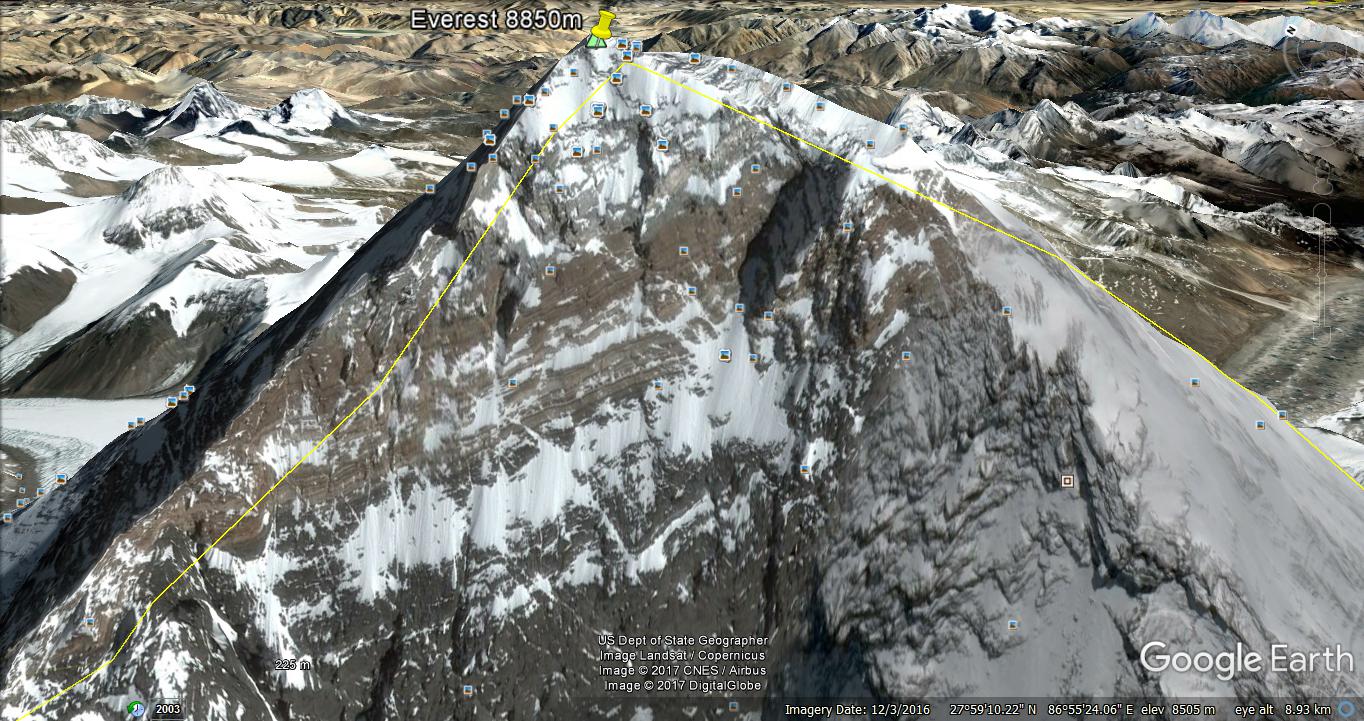 For those of you who are unfamiliar with Ueli Steck, here’s a little introduction:

In 2015 he climbed one of the world’s most famous walls, the North Face of the Eiger, in two hours 47 minutes – a time that would have been unthinkable to the early pioneers of the sport, who took days to complete it. The 40-year-old extreme alpinist had won multiple awards and was known for his rapid ascents. Of course, Steck was not contented with climbing in the Alps. He had reached Mount Everest’s summit without oxygen in 2012, and in 2015 climbed all 82 Alpine peaks over 4,000m (13,100ft) in 62 days. For his incredible feats which even exceed those of climbing legend Reinhold Messner, Steck earned himself the nickname, the “Swiss Machine”. 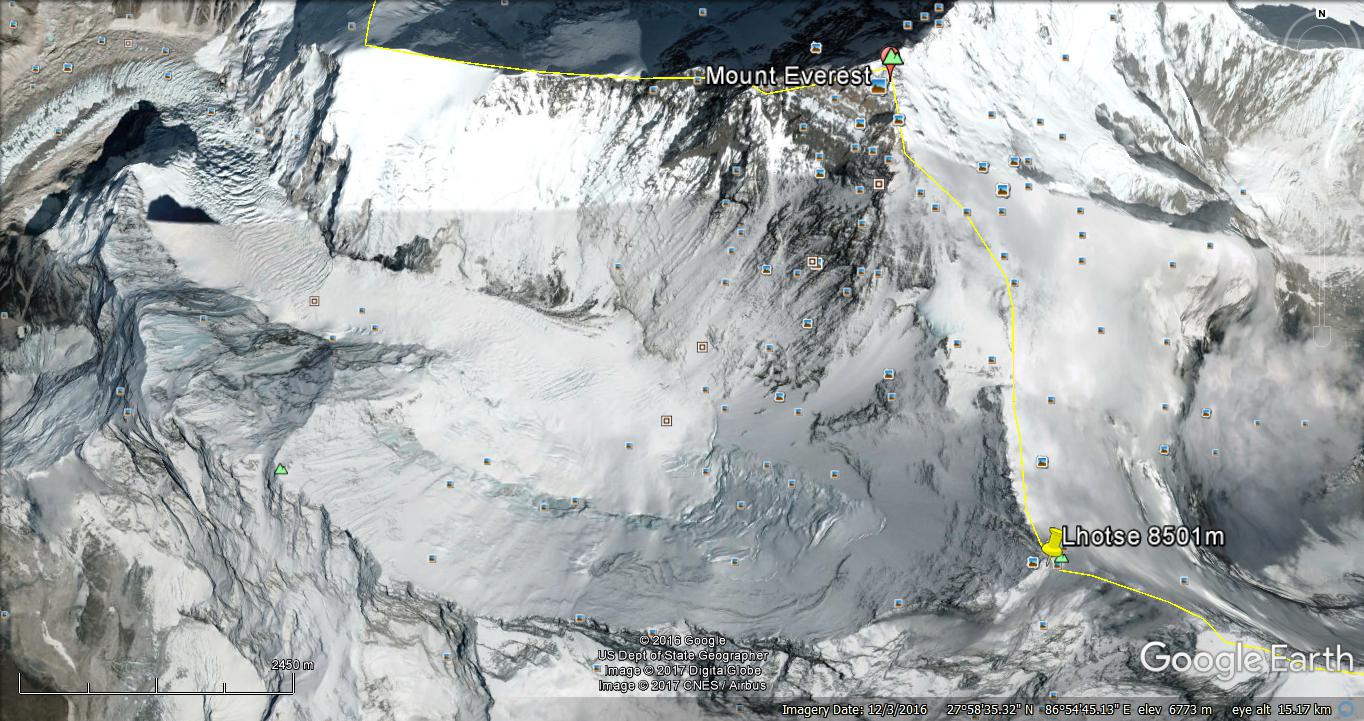 In 2013, Steck went back to Everest in an attempt to climb Everest and Lhotse in the same season. It was on this expedition to celebrate the 60th anniversary of Sir Edmund Hillary’s ascent that an argument broke out after one of the Sherpas accused the climbers of knocking loose some ice, causing it to hit another Sherpa below. It was all a misunderstanding, but the head Sherpa menaced the Europeans with his climbing axe and shouted at them, sparking a heated row between the climbers and the Nepalis on a stretch of the mountain between Camps 2 & 3. When the three climbers returned to Camp 2, “some 100 Sherpas had grouped together and attacked them. Steck abandoned his climb.

Steck decided to return to Everest once again in 2017. This time, he wanted to try something “different”. The West ridge of Everest has the reputation of being “unclimable”. Two American climbers, Unsoeld and Hornbein busted that myth on 24 May 1963. However, due to its technical difficulty, that route has not been climbed ever since. Steck decided that he would do it. 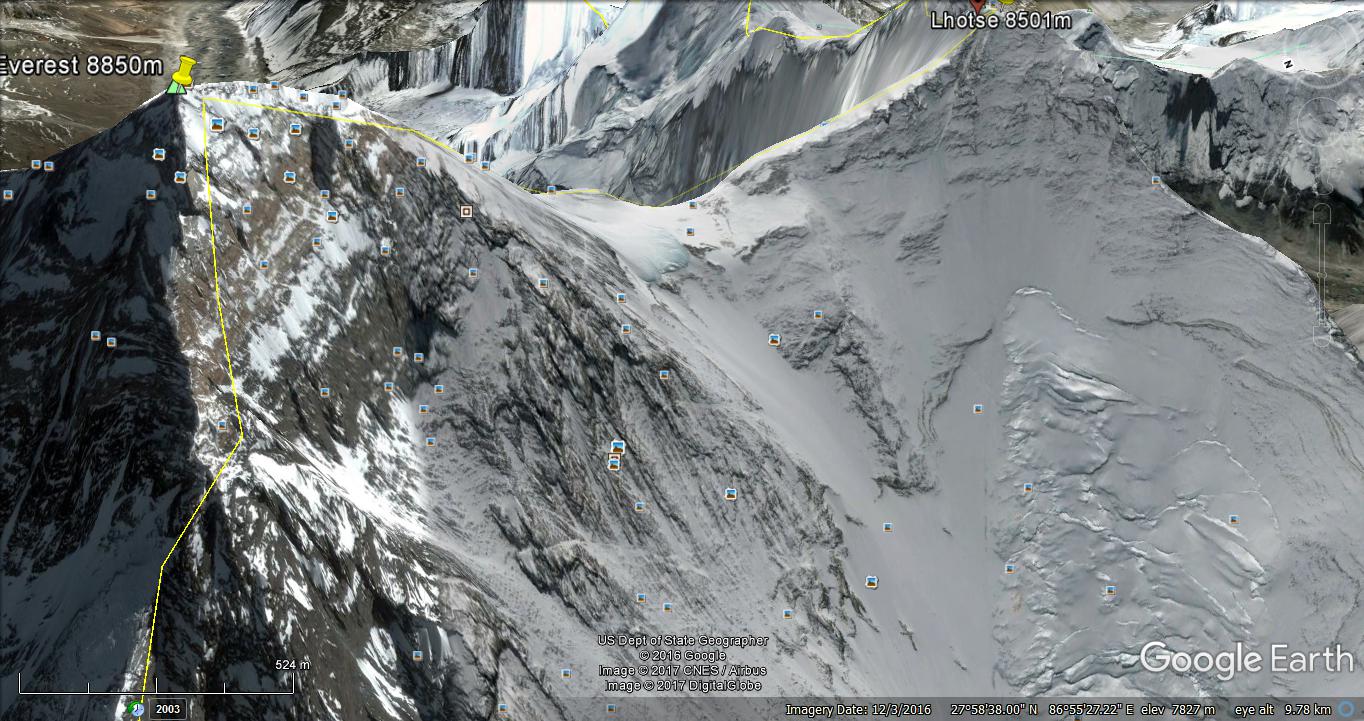 The most common route to the summit of Everest is the Southeast ridge. It is toughly demarcated by the yellow border line between Tibet and Nepal you see above. Steck’s chosen route for this expedition is the one up the sheer rock and ice wall in the image below. Ueli Steck fell from this wall and plunged to his death while doing an acclimatising trek to 7000m. His body has been recovered from the mountain and flown to Kathmandu by helicopter. 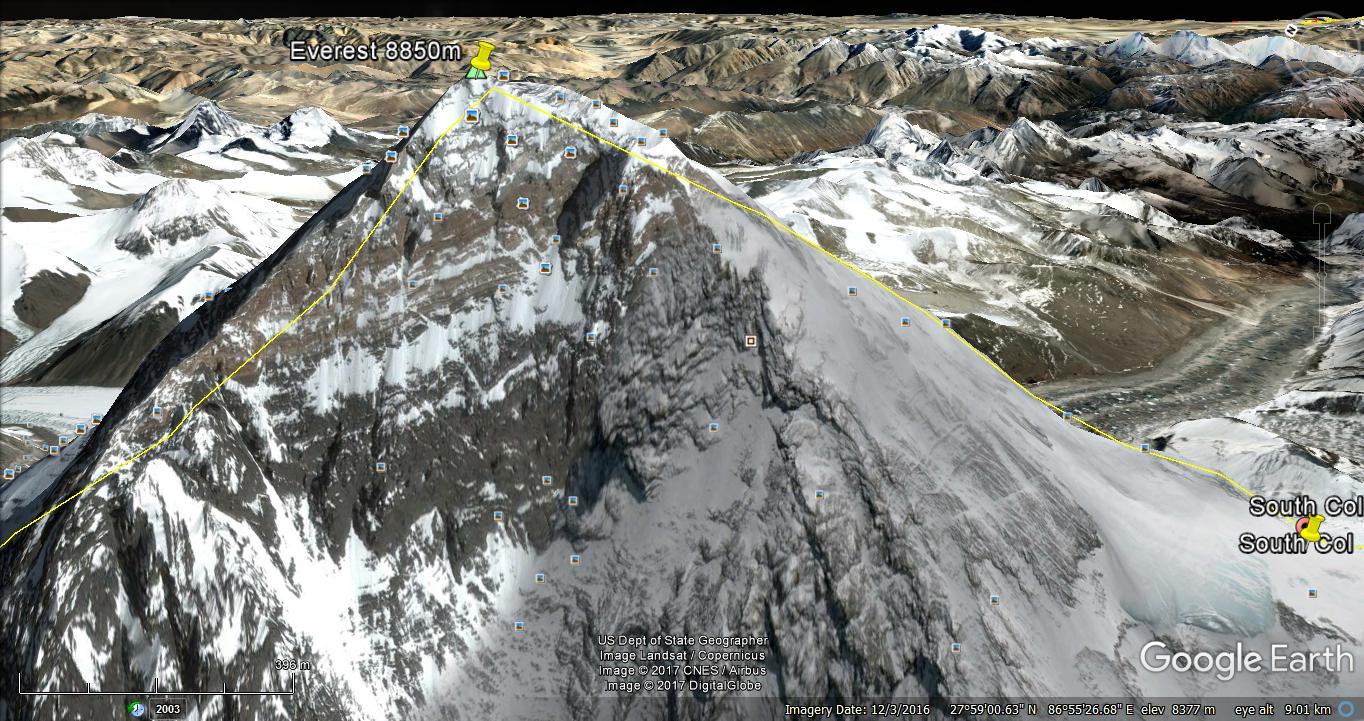 The British Mountaineering Council described him as a “legendary mountaineer and all-round great guy”. I’m not sure what went through Steck’s mind in those last moments, but he has certainly led a life without regrets. Rest in peace.