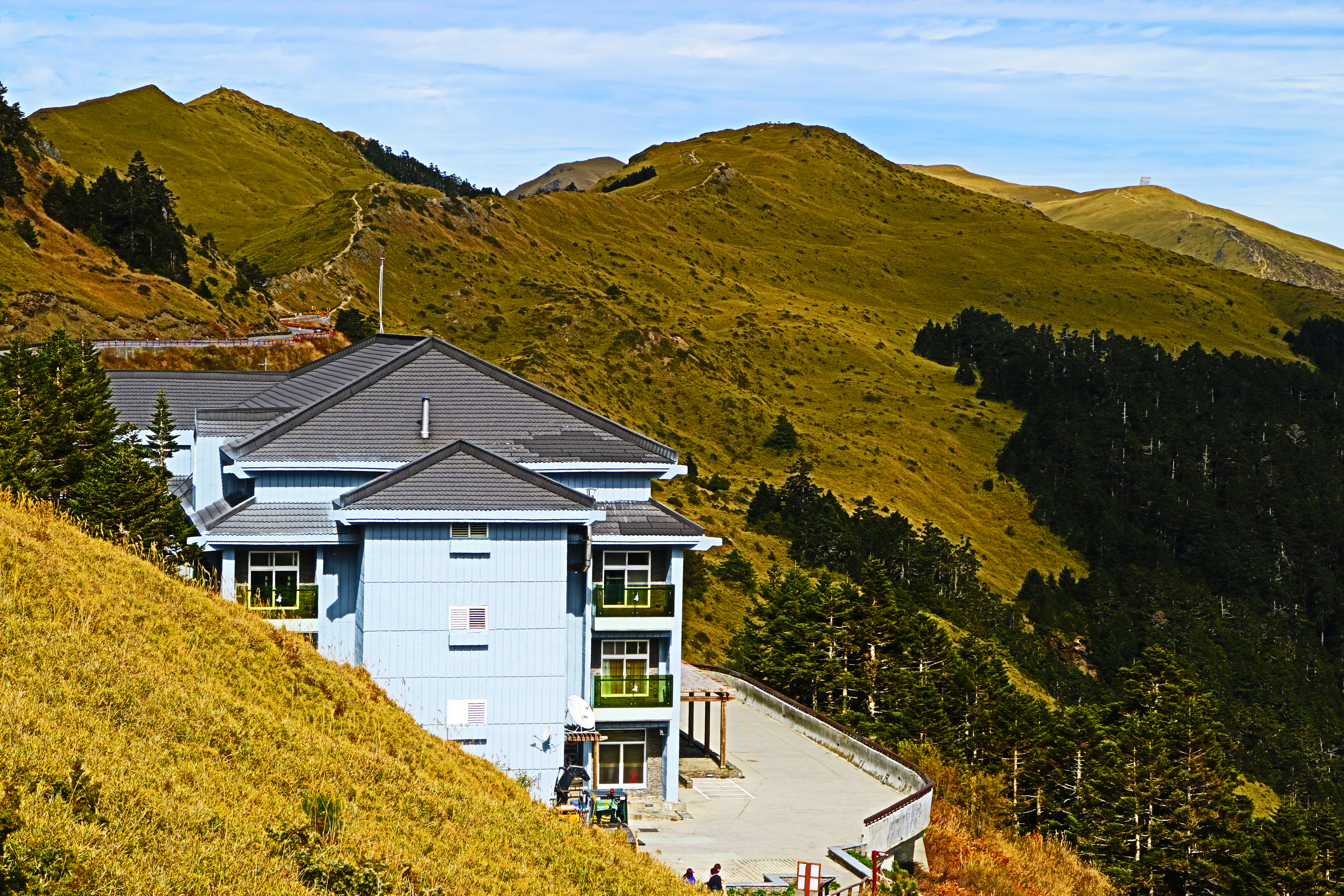 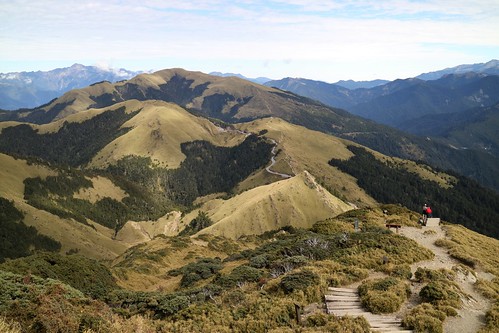 There are a staggering 286 mountain peaks over 3000 metres above sea level on the relatively small island of Taiwan. That’s a lot for such a small island to hold. While some of the peaks may take days of trekking to reach, a few can be approached on paved roads. Part of the Central Mountain Range (中央山脉) forming the backbone of Taiwan, 合欢山 lies on the boundaries between Nantou and Hualien counties and is within the Taroko Gorge National Park 太鲁阁国家公园. Hehuanshan North Peak 3422m, East Peak 3421m and Main Peak 3417m are among the most accessible and frequented. Unfortunately, the alpine scenery also attracts the biggest crowds from the subtropical lowlands. Many tour packages sold in Singapore include a touch-and-go trip to Hehuanshan. Most tour groups that include Hehuanshan in their itinerary reach the mountain from Taizhong 台中 via Qingjing Farm. 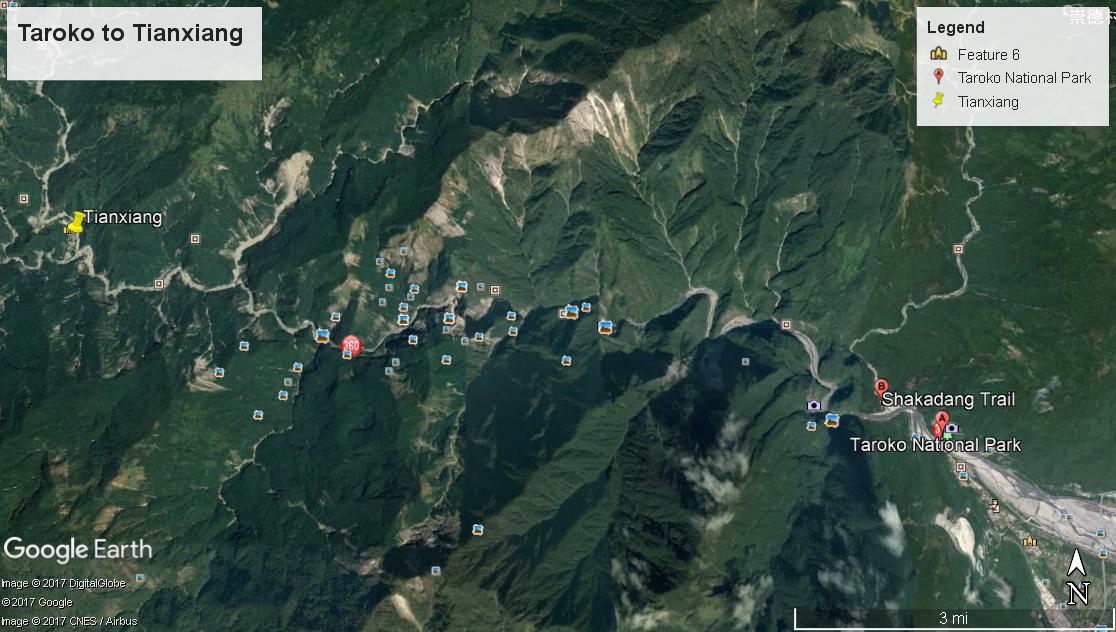 On this trip, I took the more difficult and scenic route, coming up from Taroko Gorge in the east, all the way to the “end” at Tianxiang 天祥 (most Taroko tours end here), then further up to Shenmu 神木, Guanyuan 观原 and Dayuling 大禹陵. 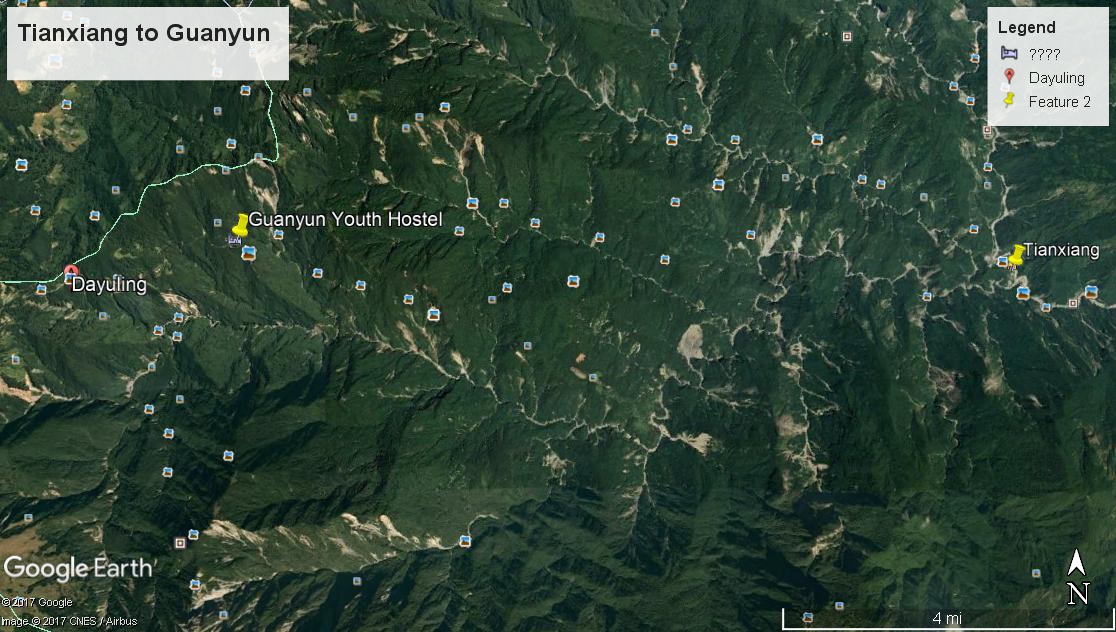 From Tianxiang, the road narrows and rises steadily with numerous switchbacks. As we gained altitude, the traffic thinned down to a trickle. It was peaceful compared to the mayhem of tour buses and tourists at Taroko Gorge, but one had to be alert as an oncoming car or truck could emerge out of every bend.

It was here where we had our dinner. The very friendly and persuasive shop assistant here managed to con us into buying some overpriced dried fruit. We bought some bentos for dinner. The beef bento was pretty good, but without much competition here, it was also overpriced. It was pitch dark after we finished lunch, but we couldn’t wait to get back on the road. It was starting to get cold.

It took a little while before our taxi driver, Mr Huang could locate the path leading to Guanyun Lodge 观云山庄 which resembled a youth hostel more than anything else (note that the place is called Guanyuan but the lodge/hostel is named Guanyun Lodge). At 2374m, it was very chilly at Guanyun. The place was neat, simple and clean with aboriginal music being played in the hall. There was no heating in the rooms, but there’re hot showers and heavy blankets. There was also a hot water dispenser at the foyer. The winter chill was quite manageable.

White porridge and the usual pickles, vegetables, soy products and eggs were served at breakfast next morning. Mr Huang soon appeared and we were off to Hehuanshan. An important landmark here is Dayuling, with a tunnel and crossroad leading in opposite directions into two distinct territories. 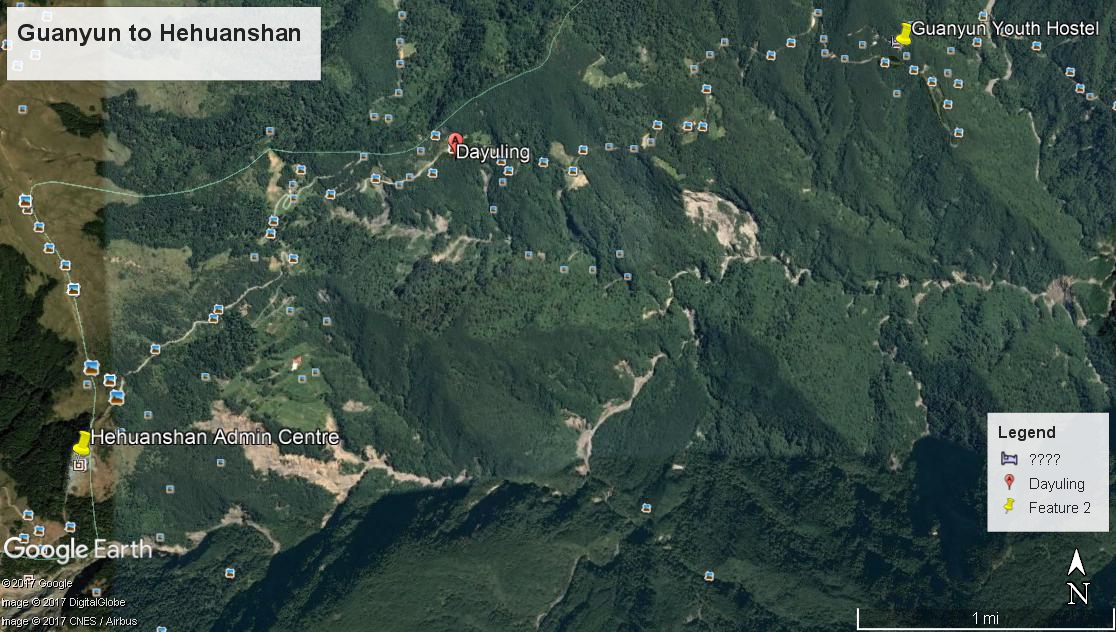 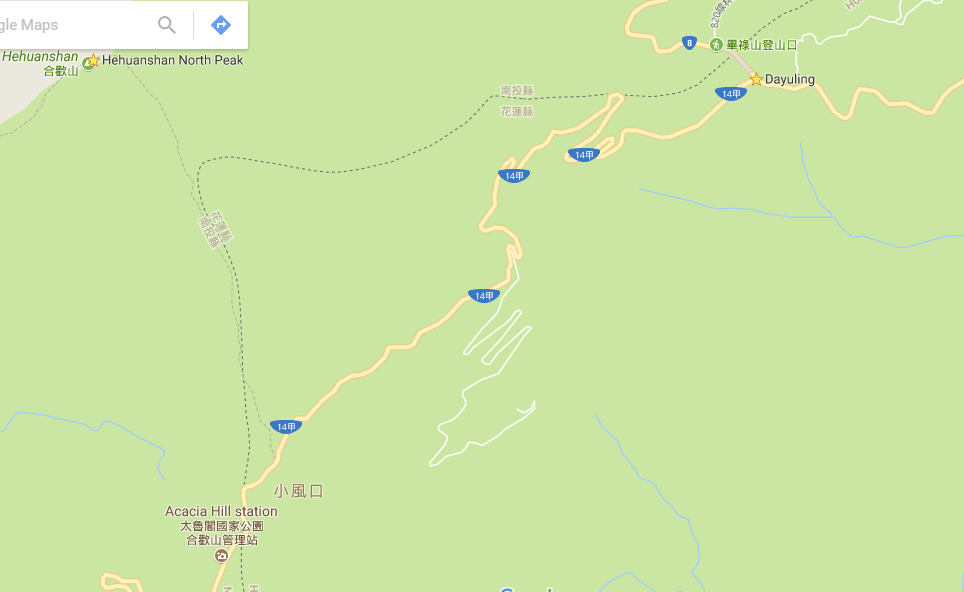 The rationale of coming up the more difficult way soon dawned on the kids. There was practically no traffic on the road. It took us less than 30 mins to drive up to the fork at Dayuling and another 10 mins were all it took to reach the admin centre at Hehuanshan. Theoretically, it would only take an hour or so to drive up to Hehuanshan admin centre from Qingjing Farm in the south. In practice, most tour buses coming up from there will jostle for space and take at least 3 hours, especially if you start late.

Another reason for spending the night at Guanyun Lodge is for acclimatisation purposes. Qingjing at 1748m, is at a much lower altitude than Hehuanshan. The sudden ascent to 3200m (the road) may not cause much problems for the visitor who sits in the car and walks on the road, but if the visitor intends to tackle a 3400m peak, then there is a likelihood of AMS. 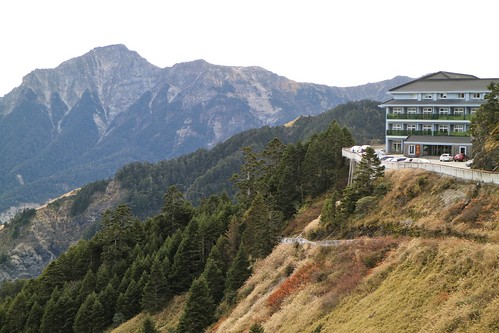 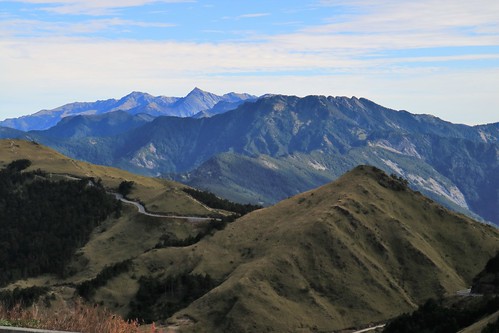 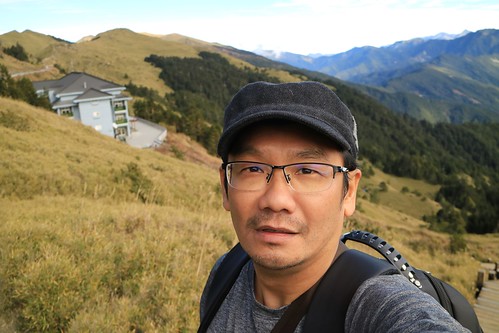 The views are fantastic, especially when the crowds are still inching their way up from Qingjing. You see mountains in every direction. The most impressive is perhaps Qilaishan 奇莱山 (the haunted mountain). Many climbers have gotten lost or even died on the mountain under mysterious circumstances. The more “fortunate” ones have reported being guided by strangers who fitted the description of climbers who had died on the mountain. With little time to spare as everyone was waiting in the taxi, I had to give Qilai Shan a miss. I just climbed a couple of minor peaks and the East Peak. There are many walking trails here which aren’t too challenging for the fit and healthy. You can grab a map and spend a whole day exploring the breathtaking scenery. It may take a couple of days to take everything in. For that, you would need to stay at Song Xue Lou 松雪楼 – fiendishly difficult to book due to its tremendous popularity.

I’ve taken pictures throughout my ascent of the East Summit. The views of Qilai Shan are awesome. The panoramic view from the top is also stunning, with the winding roads snaking around the velvety landscape. There is an abandoned chair lift system on the trail. The ski resort here was closed down due to the infrequency of snow at Hehuanshan.

I returned to the taxi feeling tired but satisfied. I could do more on the next trip. We backtracked to Dayuling and turned off in the direction of Lishan.