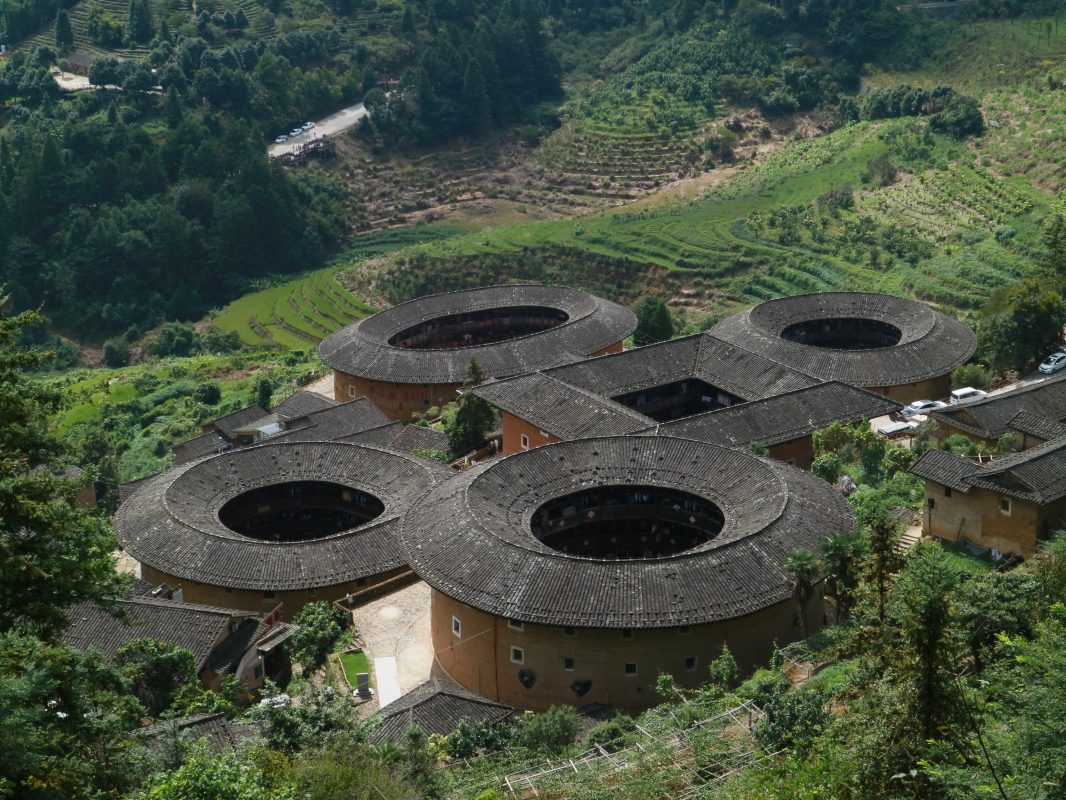 They’re located in Fujian province, but the residents of these unique mud houses are not native to Fujian. They are the legendary Hakka people of China, a group from the original Han ethnic group which migrated no less than 5 times from the northern Chinese provinces of Shan Xi and Henan more than 1000 years ago. 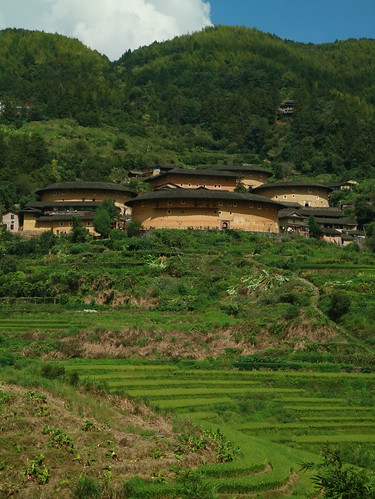 Being migrants almost everywhere in China, they were less than welcome (especially in the populous southern provinces) and had to reside in the hills and forests. It’s in Fujian province where the Hakka built these enormous mid houses to protect themselves from attacks by locals and bandits. 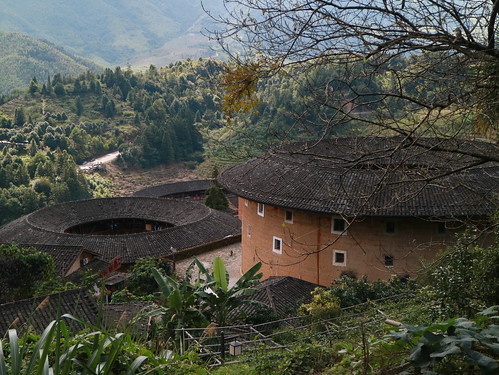 The exact composition of these tulous is a closely guarded secret. Even reporters and television crews have been lied to. That’s why you’ll find reports of the walls being made of mud, glutinous rice and brown sugar! That’s simply not true. Chemical analysis revealed that the material used to construct the walls contain 3 main components, namely mud, sand and limestone. The mixture is heated until the limestone decomposes and becomes soluble. The viscous mixture is then compacted to form walls which are at least 1m thick. When the mixture sets, it becomes solid and insoluble again.

For security reasons, there is only one entrance to most tulous. Except for the gate, wood is only used inside the building to form the floor boards and pillars. Individual units within the tulou form rows and columns around the inner wall. Each column belongs to one family. 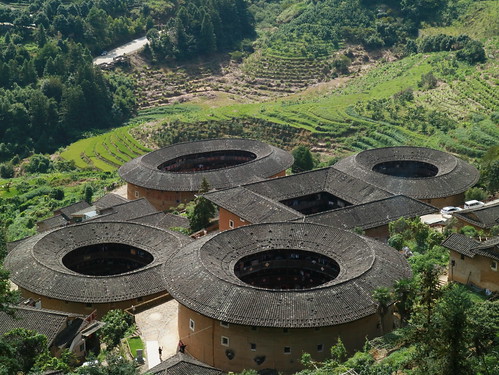 Hakka tulous typically have 4 floors. The ground floor is used for cooking. Level 2 is used for storage while levels 3 and 4 are bedrooms. Only levels 3 and 4 have windows. When attacked, the invaders had no easy access. Rocks and boiling water could be thrown or poured down from the windows above. Every unit on the ground floor is a kitchen and each one has its own well. Some tulous also have a public well in the central courtyard. 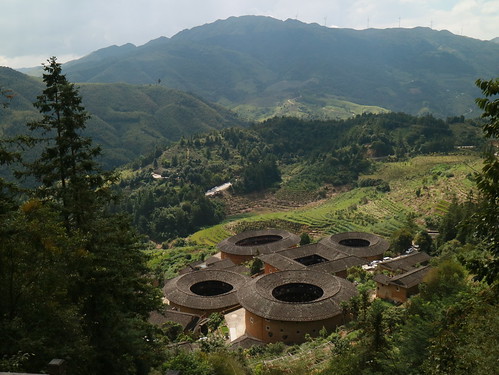 Interestingly, tulous were unknown to the rest of China until American aerial reconnaissance suspected that they were weapons and decided to investigate.