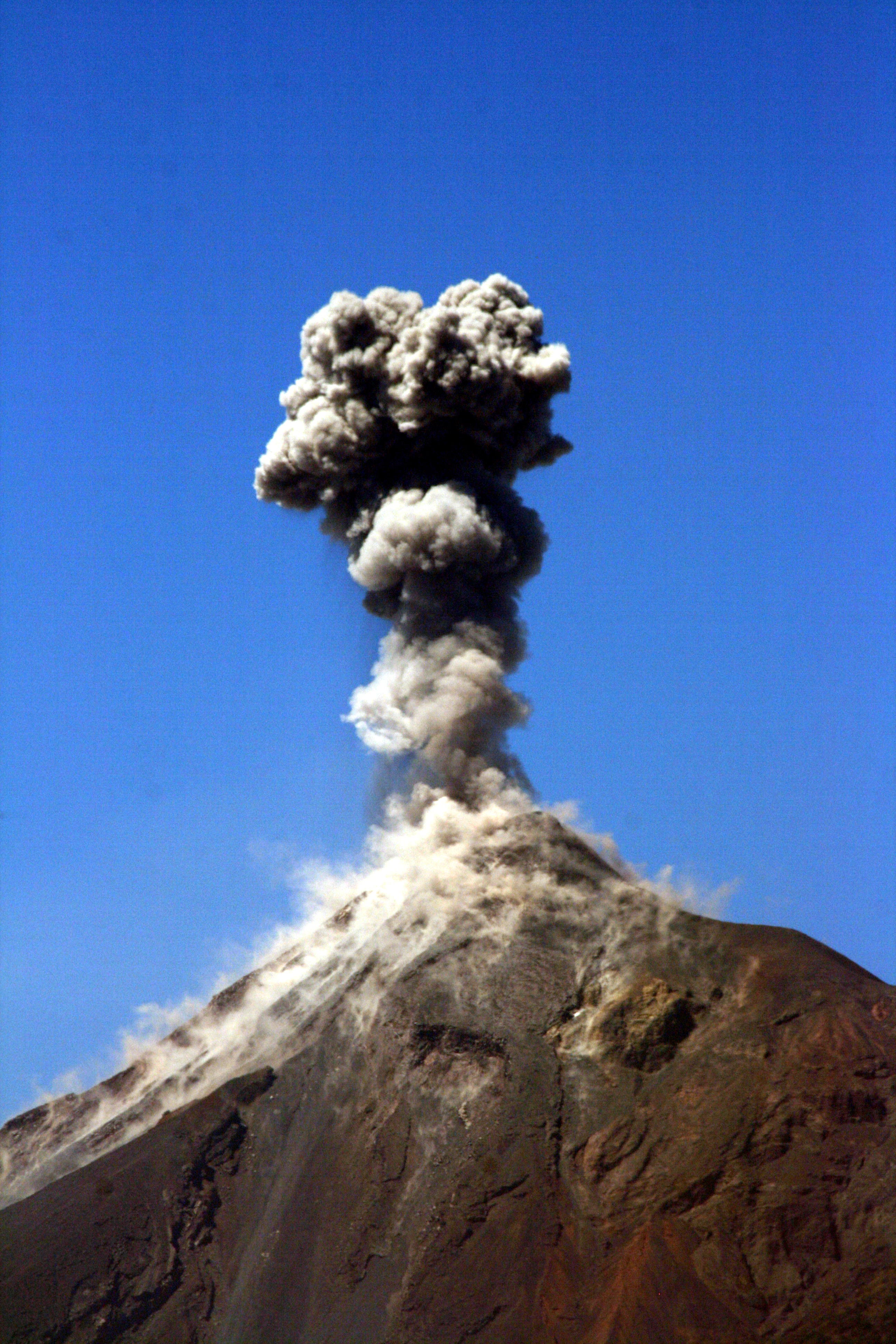 One of the biggest volcanic eruptions witnessed by humans occurred in 1883. Krakatau, a stratovolcano situated in the Sunda Strait between the islands of Java and Sumatra in the Indonesian province of Lampung showed increased activity with a series of lesser eruptions beginning on 20 May 1883.

On 27 August, a series of four huge explosions almost entirely destroyed the island. The explosions were so violent that they were heard 3110 km away in Perth, Western Australia, and the island of Rodrigues near Mauritius 4800 km away. The pressure wave rounded the globe three and a half times. Ash was propelled to a height of 80 km. The sound of the eruption was so loud it was reported that if anyone was within 16 km of it, they would have gone deaf.

The combined effects of pyroclastic flows, volcanic ashes, and tsunamis had disastrous results in the region and worldwide. The death toll recorded by the Dutch authorities was 36,417, although some sources put the estimate at more than 120,000. There are numerous documented reports of groups of human skeletons floating across the Indian Ocean on rafts of volcanic pumice and washing up on the east coast of Africa up to a year after the eruption. Average global temperatures fell by as much as 1.2 °C. (Wikipedia)

A new island emerged from submarine volcanic activity and an island rose above the waterline a few days after the big bang. It was named Anak Krakatau (meaning “child of Krakatau” in Malay and Indonesian).

Anak Krakatau, the island volcano grew at an average rate of 13 cm a year and despite its activity and the potential for eruptions, the island has been visited by tourists for the romance and adventure. Some saw Anak Krakatau from boats. Some even landed on the island and climbed some distance up the volcano. There have been reports of foolhardy individuals who got killed by falling rocks and splattering lava. 22nd December 2018 saw a cataclysmic eruption of Anak Krakatau.

This video was taken from a boat just days before the big one. The volcano suddenly lost 228m of altitude and collapsed from the eruption, triggering a tsunami that swept through more than 300 km of coastline in Sumatra and Java. More than 420 people died in the waves that were two metres or higher and 40,000 were displaced.

It’s a pity I did not visit the island when I could.