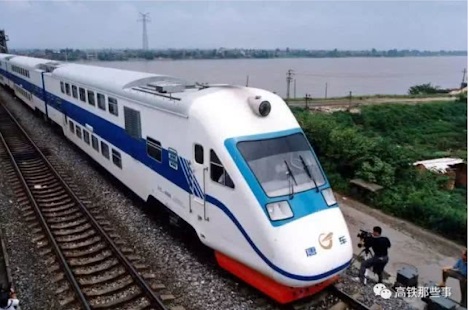 On February 22, 2019, China’s rolling-stock maker CRRC announced that a variable configuration Electric Multiple Unit (EMU) train has passed all 60 routine tests and is ready for delivery.

Developed by CRRC Tangshan Co Ltd, the variable configuration EMU is the first of its kind in the country, with a minimum formation unit of two powerheads and a maximum of 16 carriages.

The EMU train had applied for nearly 80 patents and won the China Excellent Industrial Design Award and the China Design Intelligence Award.
Since the birth of high-speed EMUs more than half a century ago, these trains had always featured fixed multiples of carriages .

Even though passenger flow is seasonal and can vary greatly between the seasons, traditional EMU trains come with 8 or 16 carriages which cannot be taken apart and reassembled to suit occupancy. To save costs, trains often under provide, causing congestion and disappointment. The new generation of EMU trains can have a variable configuration of carriages. They have been dubbed as “Transformer Trains”.

The smallest unit of the variable group EMU is two cars. Each unit is powered at both ends. Any multiple of that is possible, giving a lot more flexibility to the length and combination of the train units. When huge passenger load is expected, double-decker cars with extended form and high capacity EMUs can be used.

When low passenger load is expected, shorter trains can be assembled.
With many possible combinations, the variable group EMU trains can respond flexibly to changing passenger demand. This significantly improves the cost effectiveness of EMU trains, making travel a pleasant and affordable experience for all.

All trains aim to be “smart”, “self-sufficient”, “comfortable” and “affordable”. Storage space is increased, ordering can be done online, wi-fi and dining cars are provided on board.

The company has a track record for technological excellence. In 1998, China’s first double-decker internal combustion locomotive was developed by Tangshan Co Ltd and first launched as the “Lushan” intercity tourism train.