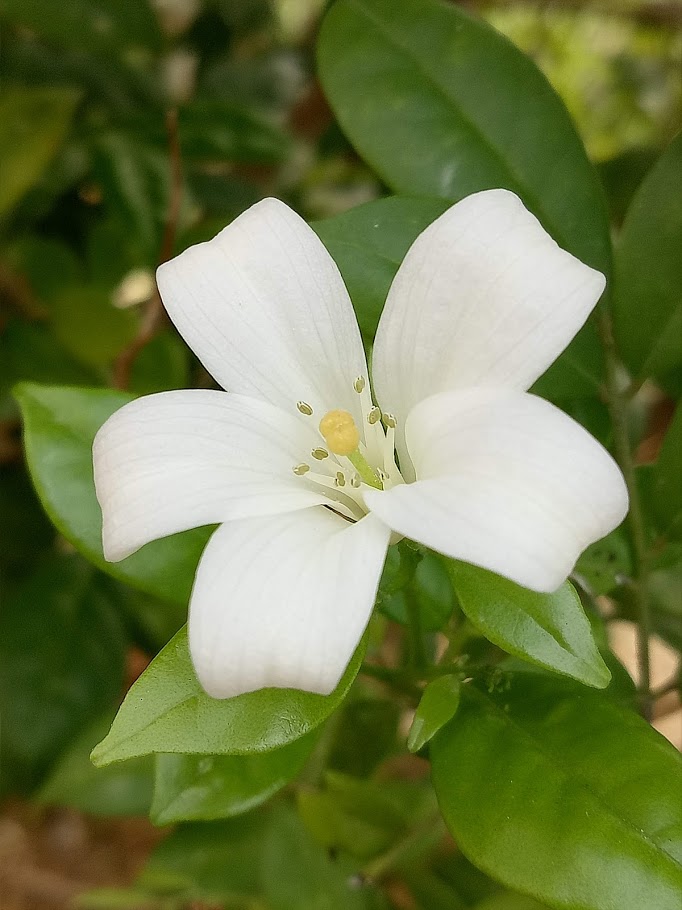 I was visiting my friend at his shop in Bedok on a weekend. While waiting for him to be free, I sat outside and was practically stunned by a sweet fragrance coming from a rather nondescript line of bushes fencing the upper edge of a grassy slope that rolled down to a footpath running alongside Bedok North Avenue 2.

On closer examination, I realised that this curiously fragrant “fence” of bushes was actually a row of jasmine bush and the flowers were blooming sweetly, beautifully.

When I showed the photos to my friend, his wife asked me where I took the pictures. She was shocked when I told her that these flowers were blooming just outside their doorstep. Have you looked around your neighbourhood as you rushed to and from your workplace? Could some of the nice things around you have gone unnoticed as you keep to your lane in the rat race?