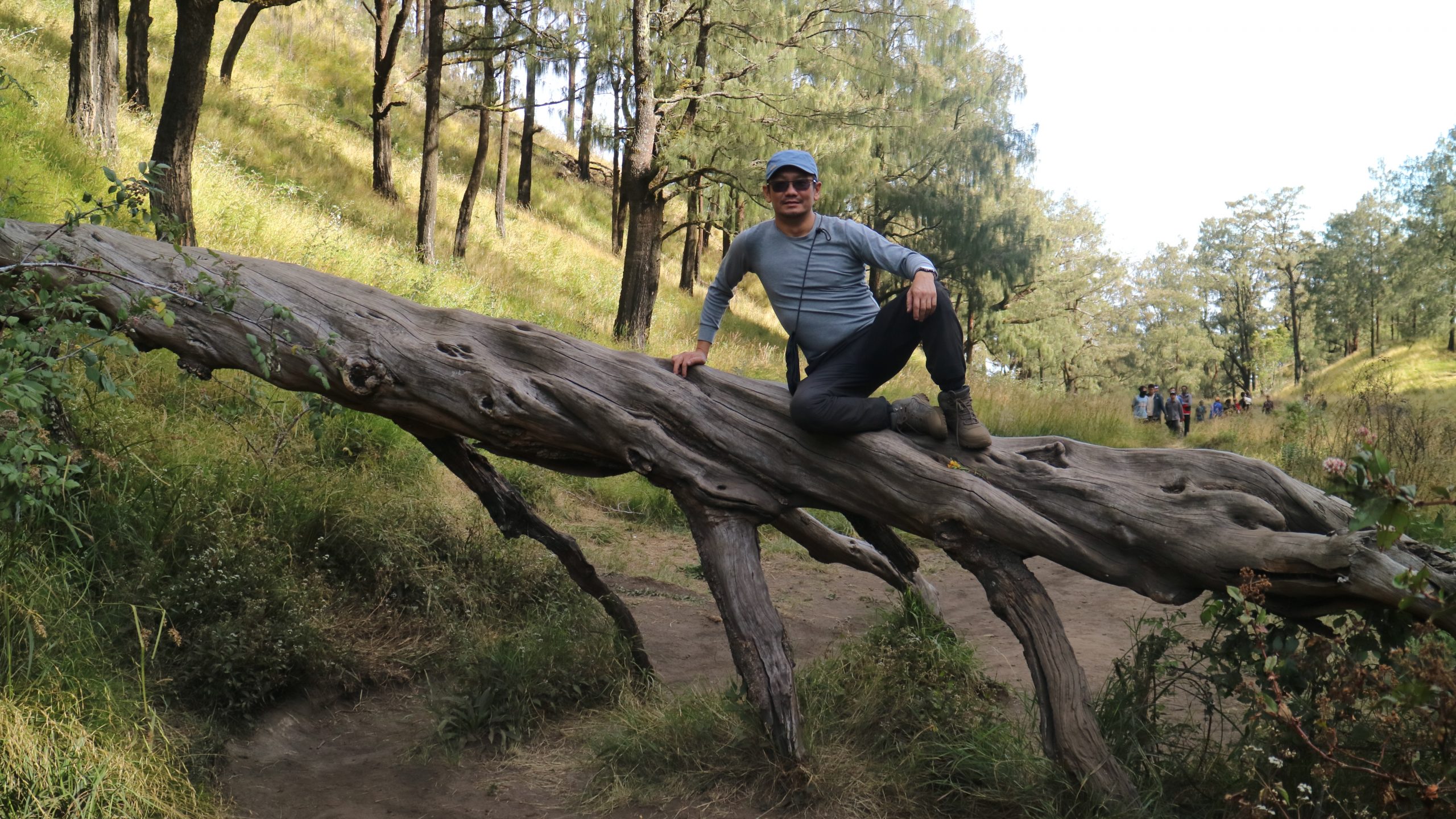 The NDP – National Day Pendaki has succeeded in reaching the summit of Gunung Lawu, a 3265m extinct volcano on 9th August 2019. This was my first climb after my bunion surgery in January.

Below is an embedded Facebook post of my first day. I flew to Jakarta, then took a domestic flight to Solo (Surakarta). From Solo, I took a taxi to Tawangmangu for the night. Tawangmangu is the gateway to Gunung Lawu. There are hardly any foreign tourists here. The air is refreshingly cool and the prices are very reasonable.

I chartered a minibus to take me to Candi Sukuh and then to Cemoro Lawang base camp. The damage – inclusive of the wait at Candi Sukuh, was only about $20. Photo below was taken inside a warung at Cemoro Kandang base camp. I just told the ibu at the warung that I was looking for a guide to take me up the mountain. She picked up her mobile phone, made a few calls and my guide showed up in half an hour. Another hour or so for him to get ready and we’re off.

It was a hot and sweaty climb, but seeing that I was so gungho, my guide decided to take me off the beaten track for some vertical “short cuts”. There were 5 pos on this trail. My guide suggested resting at Pos 4 and then head direct to the summit at dawn the next day. It was an excellent suggestion. The views from Pos 4 are better than those from Pos 5 and it’s not that much further from the summit.

Below are pictures taken from the summit with me wishing everyone happy National Day. That’s what my NDP (National Day Pendaki) is all about. Every National Day, I’d make it a point to climb a peak in Indonesia.

From the summit, I made my way down to Pos 5 where Warung Mbok Yem is located. It’s a very rustic stall in a most unlikely spot of over 3,000m above sea level.

Below is a video of the entire crossover climb from Cemoro Kandang to Candi Cetho. Photos of Candi Cetho are shown in the embedded Facebook post below.

With sore feet and rubbery legs, I visited Candi Cetho on the other side of the mountain. Heavily restored, filling in the gaps with more imagination than historical facts which are quite lacking, it’s like a visit to an adulterated Balinese temple. Still, it is worth the trip here even if you’re not climbing the mountain. Climbing up from this direction is considerably tougher.