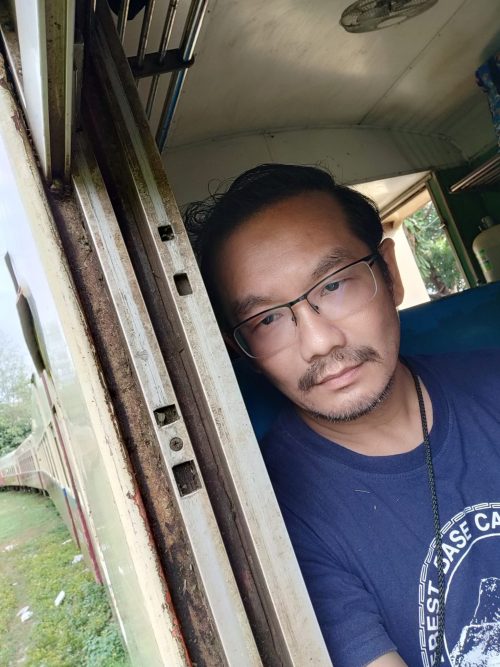 Instagramers. They’re everywhere. They visit the most exotic places in the world just to show off that they’ve been there, turning many a backpackers’/explorers’ paradise into some crowded selfie platform. There are no more secrets. No more peace and tranquility even in the remotest parts of Indonesia these days.

These women (and a few men) and their tight, touch-and-go schedules/itineraries take all the meaning out of experiential travelling. They rush to cover all the iconic sites in the shortest possible time and at every site, they may queue for hours to get to that strategic spot (fiddling with their mobile phones while they wait), only to leave for the next spot immediately after taking the picture.

As you can imagine, the main emphasis is not on their experience or some insight they have gained from visiting the site but on whether they look good in the picture – good enough to attract thousands or maybe even millions of followers. Background information on the local culture, geography or even geology can be lifted off websites and Wikipedia after the visit. These folks are not sharing their unique and personal experience in travelling. Their travel is all about “me” from the milestones to the mundane, a win-win situation for the narcissistic and voyeuristic.

We know it’s all very fake and superficial, but the hard question here is, do people read travelogues anymore? Apparently, they don’t. Instead, they take 10 seconds to admire the Instagramers’ photos, click like and then make plans to travel to the same place, take the same photos, then share and hope to acquire the same celebrity status.

Years ago, a travel writer made fun of a group of tourists who rushed from the airport in Cairo to take some pictures of the pyramids before rushing back to the airport to take their connecting flight. This is very similar to what our contemporary Instagramers are doing even though there was no online social media. They must have carried their photo albums around, showing off their pictures. Did it matter that they had no meaningful stories to tell? Apparently not. They’ve been to Egypt. They’ve seen the pyramids. That was enough to wow their envious friends and neighbours.

This apparent lack of respect for local culture, history and monuments doesn’t bother the local operators at all because this style of “travel” generates rapid turnover and good money. Backpackers, explorers, hippies and romantic wanderers used to stay at one location for weeks and months. They ended up with interesting observations and experiences. They wrote to newspapers and magazines and published their writeups.

Nowadays, the local operators don’t have to entertain the genuine travellers. The most important installation at any attraction now is these days is the selfie platform. To cater to this new wave of Instagram “travellers” in their high heels and high fashion, services at even the wildest locations have become sanitised, embellished, indulgent, upmarket and expensive. The Ubud I see today leaves me lost and disenchanted. In time to come, there will be no authentic backpacking destinations left.

Like many books, the old business model has been shredded and torn apart. Publications are no longer able to capture eyeballs with engaging, well-written articles. Neither do merchants have to pay writers for advertorials. For local merchants, today’s Instagramers bring better and faster money. There are hordes of influencers out there with captive audiences that number in the millions. Why not tap on their shallow influence instead?

At the end of the day, the merchants only care about sales, the influencers only care about the number of followers and wannabes they can lure and locals only care about tourist numbers. I’m not surprised if most of those who travel for the sole purpose of Instagram moments don’t even remember where they’ve been. That’s probably not an issue in this throwaway society. Old school travellers like me can only look back in wonder.