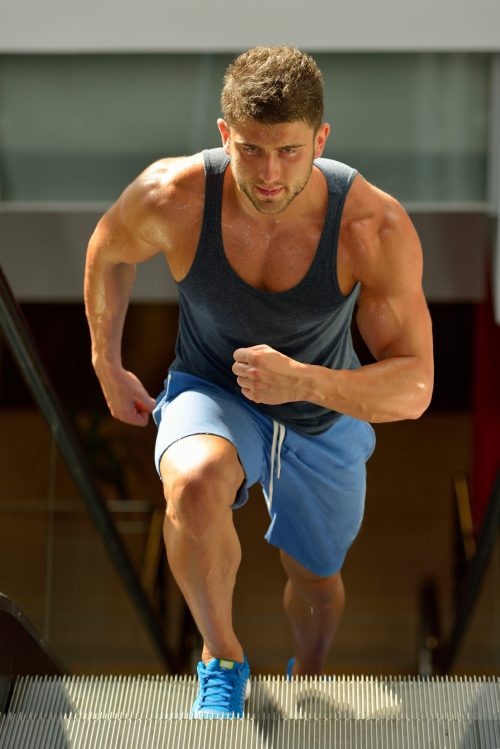 There were 172 participants in this race. At around 1300 that same day, runners reached the high-altitude stage of the 100km run, some 20-30km from the starting line. The area was suddenly hit by extreme weather conditions with a combination of hail, freezing rain and strong winds. The temperature fell sharply. Many participants reported feeling unwell. Some were even uncontactable. Fearing the worst, the organisers stopped the competition immediately.

The local authorities immediately organised a search and rescue mission. A day later, the rescue team held a press conference to announce the latest situation and the progress of the rescue. As of 0800 that morning, a total of 151 participants have been found. 8 of them were treated for minor injuries in the hospital, 20 participants were found with no vital signs. One was feared (later confirmed) dead.

A runner and former journalist from Heilongjiang who participated in the race survived the ordeal and gave a firsthand account of the tragedy. He attributed his survival to his decision to withdraw from the competition and turn back the moment it was clear that bad weather was upon them. Some had continued to race.

This was the 4th of the annual competition. While response to previous competitions was poor, this time round, a subsidy of 1,600 yuan was awarded to any participant who completed the race, attracting 172 participants. However, the registration fee is 1,000 yuan. That means each participant is expected to net 600 yuan. There is another catch. The cut off time is 20 hours. Those who do not complete the race in 20 hours are not paid the 1,600 yuan.

The route for this race is said to be the easiest 100km cross-country race in China. This belief is probably based on two assumptions. One is that the overall altitude gain is not great. The cumulative altitude change is within about 3000 metres, low compared to other trail runs. The second assumption is the condition of the trail and the terrain being not particularly difficult. But the participating reporter also felt that it was a deceptively easy trail. This is based on two observations. One is that the trail is not low in elevation, with an average altitude of 2000m, perhaps not a challenge for strolling, but altitude issues may set in when running. This is especially so for participants from the lowlands.

The trail has also been changed significantly this year. Most of the trail now runs into remote, uninhabited areas. The company running the operations is the same as that in previous years, but the staff members were new. The race, though slightly changed, has been running for 3 years. The met station also forecast good weather – the day before. On top of that, the 20-hour cut off time discouraged weaker runners. There were many serious runners and former champions on this race. On the day of the competition on 22 May, it was bright and sunny in the morning. It even felt a bit warm when the reporter was travelling on a shuttle bus to the starting line. However, the moment they arrived at the starting line, the sky had turned overcast and the wind was picking up speed. Nobody bothered to check the latest weather forecast – rain with gale-force winds.

The reporter felt cold and had to do extensive warm up exercises. On previous races, jackets were not included in the compulsory items that runners had to carry. However, the reporter had a jacket in a transfer bag stored at the CP6 (62km). He expected to reach CP6 before nightfall, expecting that he would need the jacket then. Many other runners did the same. The transfer bags were collected the night before the race and deposited at the various CPs. At the start of the race, many of the top runners wore short-sleeved shirts and shorts, shivering as they waited for the gun. Everyone dashed off at the sound of the gun.

The wind grew stronger but the trail was downwind at first. Before he arrived at CP2, it had already started to rain; from sporadic raindrops that steadily grew denser and heavier. Things took a turn for the worse after CP2. Runners had to battle the headwind and the blinding rain. This was the toughest part of the race.

From CP2 to CP3, the distance was only 8km, but there was an uphill climb of 1000m. The terrain is a mixture of rock and sand. This section is very steep, often requiring runners to go on all 4s. On an exposed ridge, CP3 is inaccessible to motorcycles and so does not provide any supplies even if you’re in desperate need of food or water. This “resting point” is exposed to the elements and it’s impossible to rest here unless the weather is good.

As the reporter was climbing up, he saw a runner giving up. He said that it was too cold and he couldn’t take it anymore. The reporter had the same intention but he thought about the 1,600 yuan he would be giving up and continued to push on. By this time, his clothes, shoes and socks were soaked through. The wind felt as if it could blow him away. Luckily, he found a relatively sheltered place, took out the insulation blanket, wrapped it around his body and continued walking. The blanket ended up just flapping in the wind. Some other runners tried to do the same and had their thin blankets torn to shreds by the wind.

Soon, his fingers were numb from the cold. He claimed that he had only encountered such conditions in winter in Heilongjiang. At this moment, he decided to give up and turn back but the descent was not easy as the rock was slippery and visibility was poor. His body was also shivering violently. He knew he might lose consciousness soon, but he must also not lose his footing, so he descended cautiously. He figured that he might have escaped hypothermia by the skin of his teeth.

Completing his descent, the reporter was greeted by the Blue Sky Rescue Team. They directed him to a wooden house where there were already about ten runners who had given up and found shelter before him. Other rescued runners started streaming in. The number in the house swelled to about 50. He observed that everyone seemed well, but he also heard that some runners had continued going up beyond CP3 and some could not find their way down. Some of the rescued runners informed rescuers that they saw a few runners lying motionless on the ground. Among them was a 60-year-old runner. They found him and brought him into the house.

Only 20 runners in the house were strong enough to return to CP2 and board a minibus to the finish line. The others had to wait for more rescuers to arrive and attend to them. The reporter arrived at the finish line at 1600 and returned to his hotel from there. Many departed with teary eyes as they knew that there were many runners still stuck on the trail. After returning to his hotel room, the reporter kept checking the positions of the runners on the news channel. Batches of firefighters and policemen have been scouting around the trail since that afternoon, rumours and unverified postings flooded social media.

The author knew that for certain, many runners were still stranded on different sections of the 100km trail. Some were dying from hypothermia. Some had injuries from falls. Some huddled together to wait for rescue. Two runners who seemed to have superpowers had kept advancing into the night. A female friend of his almost became unconscious when she injured her foot. Another runner kept her awake until they were eventually rescued. However, many others were not so fortunate.

A shepherd by the name of Zhu Keming was grazing his sheep near the running trail when the weather turned foul. Zhu said he heard a noise outside a cave he was taking shelter in around 1.00 pm local time. Then he saw a runner emerge from the fog. Four other runners also ended up taking shelter in the cave. Zhu said he also found a runner lying on the trail, and carried them to the cave on his back. People from Zhu’s village joined the effort to assist runners, bringing clothes and comforters to the racing trail and joining a search and rescue mission, he said. Other residents brought hot water and food for the rescued runners.

It’s fortunate that as the native often encountered sudden change in weather conditions, Zhu revealed that he had stored some firewood and clothes in the cave in the event of sudden weather changes. Obviously, he would not need to have an emergency shelter like that if such events were uncommon. On Site Eye and Xi An Commercial News, Zhu Keming told interviewers over the phone that such conditions were common and he had rescued quite a few trekkers in the past. This contradicts his later statement made on CCTV saying “The weather that day was really uncommon. It was foggy and raining and windy and sometimes hailing. That kind of weather is really rare.”

When news of Zhu’s selfless acts went viral on social media, Zhu Keming became a trending phrase on social media. Many netizens praised him, calling him a hero. Zhu said that he was merely doing what a normal person would do. Of course, successful people in China are normally not as helpful and civic-minded as Zhu, but Zhu would have earned even more respect points if he had stood firm in the face of pressure from the authorities. A member of a victim’s family listed out 5 points of negligence on the part of the organising company. This person was bombarded by vigilantes who called him an imposter, accusing him of being a Hong Kong protester with five demands.

21 runners have been confirmed dead. As the trail has been run with no disasters in the past, even the runners themselves were not aware of the need for contingency plans for such events and how marathons are organised in developed countries which have learned numerous lessons from past disasters ala Titanic. Collecting 1,000 yuan from each participant, the organisers had 172,000 yuan and that’s not counting sponsorships. A few daring netizens disgusted with how event organisers compromise on safety to maximise profits have blasted the organisers of this marathon. The lack of action against them may indicate their strong connections.

In this race, some runners were professionals earning a significant income from running marathons. Members of their families had to sign an agreement not to pursue any further compensation after a one-time payout of 900,000 yuan. Many family members of the victims have refused to sign. What will happen to them if they refuse to accept the terms and continue to pursue the matter?