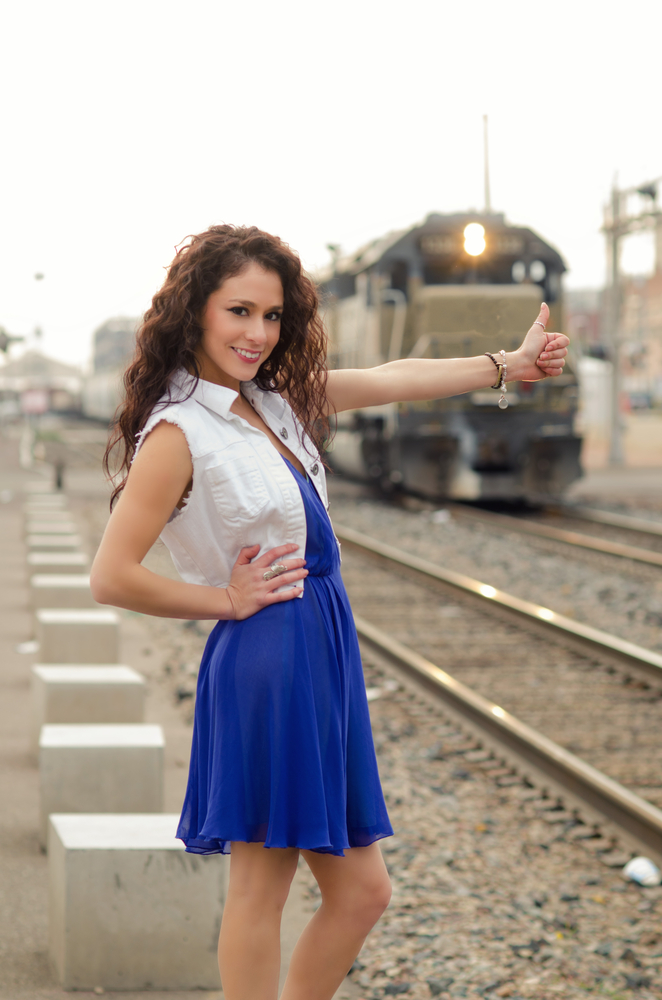 So many places to go, so little time and money. Most travellers are restricted more by time, commitment and finances than their courage to venture into the unknown.

I’ve always wished I could have as many fans as the masters like Paul Theroux and Pico Iyer, but due either to bad timing or my lack of talent, I’m resigned to the fact that it’s unlikely that I’ll ever achieve that kind of fame and fortune within my lifetime. In the early 1990s when I was writing for magazines, I could still earn some pocket money for budget trips to nearby places like Thailand, Indonesia and Malaysia.

Nowadays, it’s pretty depressing when I write tons of travel stories that don’t even get noticed while some female travel bloggers could draw thousands of followers with a single stunning and sexy Instagram post. Singaporean female travel blogger Miss Isabel Leong was featured on Mothership last year. She had travelled to over 38 countries and she does this fulltime! Can you really travel for free with hotel and agency sponsorships? What about influencer income? How many of us, especially those who write, can only dream of doing this? I happen to know a few of such characters who are congenitally rich. Inheritance or handouts from living parents finance their lavish adventures. That pretty much solves all problems in the finance department, except that they may need some kidnapping insurance.

I had assumed that Singapore’s female travel blogger Isabel Leong is one of them but apparently, she is not. She once revealed to me that while she does modelling to earn some extra cash, her main business is IT-related, SEO, network security, that sort of thing and that’s what her FB profile (which has not been updated since March 2020) says.

Not exactly influential if you ask me. It’s none of our business, but just out of curiosity, how does she do it? The places she visits are not exactly made for budget travellers. The cynics amongst us could have guessed it – the ultimate secret to the travel bloggers’ fund-raising. There are also other ways like begpacking which I’ve covered earlier on. The rest of the observers pretend not to know or don’t really want to talk about it. If she does well, then good for her. However, someone by the name of Serena Teo (apparently an athlete and a friend of Miss Leong since Serena’s Instagram account is private) decided to expose Isabel Leong and surprisingly, this screesnshot is found on Isabel Leong’s Instagram account. Did she post something self-incriminating? Why? To promote her Only Fans account? To garner sympathy?

Very strong words there, but before I go any further, I have to declare that I have nothing against what Isabel Leong and other less prominent female travel bloggers out there have been doing to finance their trips. They are not killing or stealing. I don’t see anything indecent about it. It could be just a job. It could be a passion. As long as nobody has been harmed in the process, we shouldn’t get too judgemental and if the creations are tasteful or even aesthetic, I would even consider the work respectable.

“Also getting some hate comment about me having an OF account and selling nudes (which I don’t nor do I support it), trying to burn my credibility as a travel and online educator.

Why do people have to have only a certain persona? Can’t they pursue different hobbies/ interests?

Friends, should I let OF go?“

Thank goodness she is not in Singapore now. The folks here may not be saints themselves but there is always a tendency to boost one’s image from a moral high horse. However, not everyone cares about image. A few courageous souls here refuse to pander to the standards of sanitary Singapore. So not surprisingly, Miss Leong has quite a number of supporters.

Here’s one of them:

“Bullshit. Negative attitudes toward the female body is what causes sexual repression and perpetuates rape culture.”