Marco Polo was the first European to leave a detailed chronicle of his experience in China (known to him as Cathay). This account of the Orient provided the Europeans with a clear picture of the East’s geography and ethnic customs, and was the first Western record of porcelain, coal, gunpowder, paper money, and some Asian plants and exotic animals. His writings intrigued and inspired many European explorers. But was it all firsthand experience? Some critics even doubted that he had set foot on Chinese soil. Without photography, there can be no reliable proof that he had indeed been inside China.

20 August in 1980, South Tyrolian climber Reinhold Messner became the first ever person to have climbed to the summit of Mt Everest solo without bottled oxygen. Back then, it was considered impossible to climb Everest without bottled oxygen. Most teams also relied on Sherpa support. Reinhold Messner had none of them. Naturally, the fraternity doubted him.

“I am nothing more than a single, narrow, gasping lung, floating over the mists and the summits.” said Reinhold Messner. It was a solo climb, so there were no witnesses. How did Messner prove that he had indeed reached the summit of Everest? A photo of course. 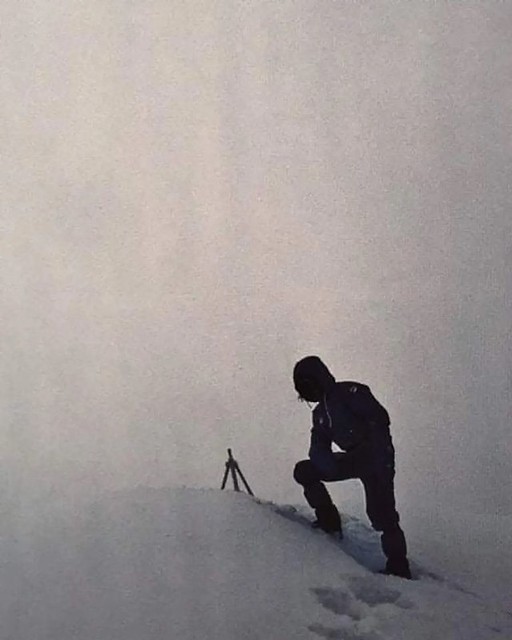 Can you see anything? If not for a man-made structure, the picture could have been taken anywhere on the mountain. And because of that manmade structure, a photo like this would not prove that Messner was at the summit of Everest. That structure is a stainless steel tripod which proved that Messner was indeed on the rooftop of the world. And of course, there’s a story behind that important “landmark”, ironically also born out of doubt with regards to a summit claim.

In 1960, the People’s Republic of China embarked on its first Everest expedition to reach the top of the world via the north face of Chomulungma situated in Tibet. It is now believed that the 1960 Chinese Mount Everest expedition was the first to successfully ascend Mount Everest via the North Ridge. However, this claim was met with doubts and controversy during that time, the main reason being that the expedition had no photographic evidence at summit.

Reported by the Chinese press then, three members of the Chinese Everest Expedition Team, Wang Fuzhou, Gonpo, and Qu Yinhua reached the summit at 4:20 a.m. 25 May 1960. Apart from the lack of photographic evidence, the three Chinese climbers were also novices. Seven earlier expeditions beginning in 1922 and involving top mountaineers from Europe had failed. The pompous Communist language announcing the success of the Chinese team also caused much annoyance to climbers all over the world. The China media explained that the team members were only able to record the final expedition at dawn, when they had already retreated to 8,700m. The team claimed to have left a Chinese flag and a small plaster bust of Chairman Mao on the summit, together with a pencilled note containing their signatures under a small heap of stones. None of these items were there when the Americans reached the summit three years later.

However, the 1960 Chinese climbers were able to give detailed descriptions of the route they took to the summit. These descriptions matched those of later climbers who took the same route. It was concluded that the Chinese team could not have known these details had they not been on the summit first. For over a decade, nobody reached the summit via the northern route. 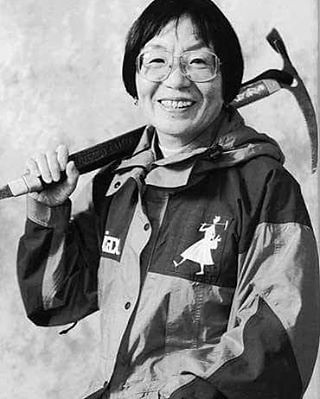 Then, there were three successful Everest expeditions in 1975. On 16 May 1975, Japanese climber Junko Tabei became the first woman to summit Everest. News of Junko’s success spread throughout the world. Later that month on 27 May 1975, a Chinese team climbed the north ridge from Tibet. Tibetan climber Phantog became the second woman to summit Everest and the first one to do it from the north. At the Second Step, 5m of near-vertical climb at over 8600m, the massive Chinese team managed to bring an aluminium ladder up the mountain. At the end of the Mao era and with toxic nationalism waning, the Chinese climbers and very considerately fixed that ladder over that formidable obstacle at 8,600m. That ladder had been used by climbers on the north side until 2007 when an international climbing team replaced the old ladder with a newer, better one. Not only the ladder, the Chinese team also brought a six foot metal tripod and planted it on the summit. On 24 September 1975, British climbers Doug Scott and Dougal Haston found the tripod when they successfully climbed Everest on the rocky Southwest face. They were later able to verify the 1960 Chinese team’s account.

Going back to mountaineering legend Reinhold Messner, many people doubted his claim that he climbed Everest without oxygen and Sherpa support. Nobody thought it was possible. Messner had to provide photographic evidence.

Unfortunately, it was the monsoon season. The skies were not clear and photographic evidence would not be convincing as the white sky blended imperceptibly with the snow. What did Messner do? He posed beside the Chinese tripod of course.