Too Old To Run?

The other day, I met my friend J at a coffee shop. I was with another another friend and we were having beer. I asked J to join us. He refused to have any beer. In fact, he hardly ever drinks but ironically carries a massive “beer belly” around. J complained to me about his weight and asked me for my secret for staying trim.

I advised him to exercise. He complained about his knee problem. I advised him to go hiking in the Himalayas where it’s so beautiful that he’ll forget about his problem. He warned me about AMS and how deadly it can be. I finally saw his real problem – excuses. As someone who hikes and runs, I’m amazed by the number of my contemporaries who say that they can’t join me because of “knee problems”. I must either be really lucky or were they just making up excuses. Sure, your knees are not as strong as they were when you were in your 20s, but can’t run? Can’t even hike uphill or climb the stairs?

I have mentioned how muscle mass decrease as one ages. I have not mentioned the most important muscle in the body – the heart. Aging affects the heart just as it affects all other muscles. As one ages, cardiac output (the amount of blood that can be pumped to the rest of the body) also decreases. Research has shown that by age 90, cardiac output in a healthy person is only 50% of that of a same person. This is due to the loss of mitochondria density in heart muscle cells. 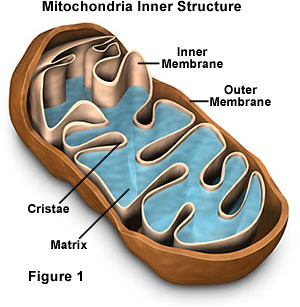 I have yet to come across someone who tells me that he can’t exercise because his heart muscle cells have lost mitochondrial density. How can one be sure of that without subjecting one’s heart muscle to electron microscopy? Similarly, a lot of the “knee problems”, “back problems”, “breathless” have more to do with the lack of fitness in the beginning, but they eventually lead to the poor health. Experiments conducted on the elderly who have not been exercising (but are willing to put their excuses aside) have shown that in spite of their age, they managed to gain in strength and fitness after following an exercise programme. Of course, there is a huge difference between the young and old. Sports that require strength, speed and power greatly favour the young. However, in endurance sports, the performance gap between young and old narrows.

Age is not an excuse not to exercise. It’s just a matter of adjusting intensity to suit your age. If you have not been exercising for a while, then certainly, you will feel sore all over after an intense workout. Whether you condemn yourself to a sedentary life or push yourself beyond the threshold will determine whether you amaze your peers or continue to carry that beer belly around – even when you don’t drink beer.