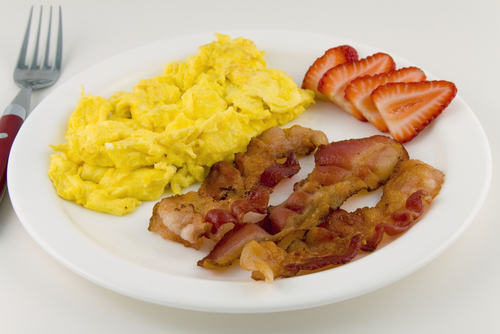 While checking out a discussion on Facebook recently, I discovered Louis, a young, overweight seaman who seems very interested in bodybuilding and low carb diets. Sounding like an expert, he dispensed pretty uninformed advice to curious netters (mostly female) and interestingly, he managed to convince quite a number of people to take a high protein, high fat, low carbohydrate (low carb) Atkins-like diet to lose weight.

By now, anybody who is into diet and nutrition must have heard about this “revolutionary” dieting philosophy. What is so “revolutionary” about it? Well, it basically demolishes the nutrionist’s conventional food pyramid where carbohydrates form the bulk of one’s diet at the bottom of the pyramid and fats are way up on top – the less the better. For many years, books and other sources of information on dieting have been telling us that we need to consume enough carbs for energy, a little less protein and even less fat. Revolutionary low carb diets break all the rules of the food pyramid. These diets treat carbs as we would treat fats. Little carbohydrates, lots of protein and fat. Does it work? Well, yes.

Even though this sort of diets hit a peak in terms of popularity during the early 2000s, the whole concept of low carb diets go back more than a century ago in 1862. A obesed gentleman by the name of William Banting consulted an ENT surgeon for his hearing problem. The physician, Dr William Harvey, was more concerned about his patient’s obesity and prescribed an experimental low carb diet. To everyone’s surprise, Banting’s weight dropped. Here is a sample of what his doctor prescribed as reported by Banting.

1. up to six ounces of bacon, beef, mutton, venison, kidneys, fish or any form of poultry or game; the ‘fruit of any pudding’ — he was denied the pastry
2. any vegetable except potato; and at dinner, two or three glasses of good claret, sherry or Madeira.

3. Tea without milk or sugar.

4. Champagne, port and beer were forbidden and he could eat only one ounce of toast.

This much is certain. Some of the websites promoting low carb diets tell us that Banting’s diet not only reduced his weight but also improved his hearing, his eyesight and he lived to 81. It is difficult to verify all this. The doctor who prescribed the diet did not promote it. We only have Banting’s claims in his own publications. We are not even sure if Banting followed his own diet as his condition was not monitored. Certainly, no proper study was done on a reliable number of subjects to prove the long term safety and effectiveness of the diet. Banting himself admits in his Letter On Corpulence that he only had his own experience to go by. I’m just wondering, if this diet were really that amazing in the 1800s, why was it virtually forgotten (even though the wealthy Banting swore by and promoted it) and why did it take so long (1970s) before Dr Robert Atkins brought it into the limelight (again) and shocked the world?

Banting’s diet were revived after being rejected by both the scientific community and the general public. Robert Atkins, a cardiologist, drew inspiration from the Banting diet and created a low carb diet of his own. A plate full of beef. That’s your typical high protein, high fat and low carb diet. Does it work? You’ll be surprised that it does. The diet became very popular amongst well-off Westerners and celebrities, hitting a peak in the early years of the new millenium. Something strange was happening. Weight conscious people could go against everything their nutritionists advised them to eat and still lose weight.

Now for the real science. There are 4 main groups of nutrients which we can absorb from our diet. They are carbohydrates, proteins, fats, minerals/vitamins. Each group has a main function. Carbs are ultimately digested to glucose and burned to generate energy. The by products of cellular respiration are carbon dioxide and water. Excess carbs are converted and stored up as fat. Proteins are digested into amino acids and then used for the repair of worn out parts of the body. They are also used to produce enzymes. Excess proteins are converted into fats, generating the by product, urea. Fats as we know, are stored up in the body as reserves. Fats are necessary to form cell membranes, nerve cells and hormones.

Carbs are what most humans have evolved to burn for energy. Populations like the eskimos have very little carbohydrates in their diet. Proteins and fats can also be burned, but they are not a “clean” source of energy. When starvation begins, the body will first deplete storage carbs in the form of glycogen which is found in muscles and the liver. The next to go are fats. When fats are burned for energy, you get ketone bodies which are toxic. Diabetics may find themselves in this situation as their bodies can’t handle carbs. When fats are burned out, the last nutrient to be utilised would be protein. Before amino acids can be burned, their amino groups must first be removed and converted to urea – another toxic substance which must be excreted by the kidneys.

Imagine what happens when you don’t take enough carbs and burn fats and proteins for energy instead. You’ll have lots of toxins circulating in your body. Your kidneys are stressed. Gout may develop. You suffer from dehydration and feel weak like a starving person. Taken long term, low carb diets that force the body to burn fat and protein for energy may cause heart disease and kidney failure. Such diets might have taken the world by storm if Dr Atkins didn’t die with a heart condition. Eskimos have a life expectancy that is even lower than Westerners on fast food. Many of them suffer from liver enlargement and an average 40-year-old eskimo looks like an average 70-year-old Canadian. 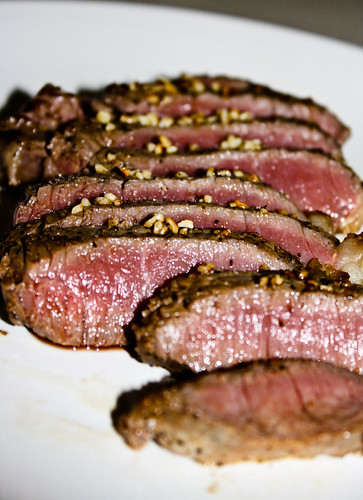 Isn’t it amazing that you can eat all those things on this page and not grow fat as long as you stay away from rice, bread, potatoes etc? Why does this guilty diet seem to work for some people? Because most people on “normal diets” consume too much carbs for their own good. And carbs require water to store up. By getting rid of glycogen in your body, you’re not only reducing your weight in animal starch, you are also losing water. Another reason is that a high protein diet will eventually make one so sick of it, that he ends up eating less and less. In the short term, people on these diets will lose weight quite quickly. However, these diets are almost impossible to follow for long periods of time. People feel weak, unwell and develop a strong craving for a piece of bread or a bowl of rice.

When you study a low carb diet closely, you’ll find that it’s not very different from any unhealthy Western diet. Maybe they throw in a bit more vegetables, but basically, it’s a meaty, high fat diet. Some low carb gurus actually make “ketogenic” sound like a good thing, publishing bestsellers that promote myths about nutrition. There are big bucks in the business of low carb recipes and expensive packaged meals which you can even order online. No matter what sort of diets people believe in, obesity will always be a problem if people don’t find the time to exercise. Dieting is never meant to cure obesity. Dropping from an unhealthy to a healthy weight requires a change in lifestyle and not dieting alone. I sure hope Louis comes to his senses soon.