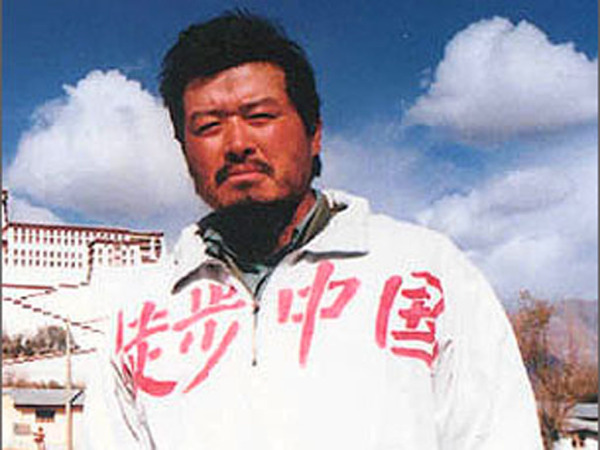 Yu Chun Shun 余纯顺 was born in 1951 in Shanghai. At the age of 6, his mother came down with schizophrenia. 4 years later, his elder sister suffered the same fate. During the Cultural Revolution, Yu was sent to a labour camp after he was caught stealing. He was introduced to Western literature by a group of intellectuals sent for re-education at the labour camp and from then on, he became keenly interested in reading and writing.

After his release in 1979, he returned to Shanghai where he repaired umbrellas for a living. When his father became too weak to work, he took his place at the factory. He continued his studies and earned himself a certificate in education. He got married but divorced soon after that.

Yu Chun Shun 余纯顺 started his extreme adventures in 1988. He decided to travel over some of the most hostile terrain in China on foot. He became the first person in the world to walk into Tibet via Sichuan, Yunnan, Xinjiang and Nepal. He then did a walking tour of 23 provinces and visited 33 ethnic minorities. He published numerous essays and travelogues, gave 150 lectures and took 8,000 pictures. Though Yu had many fans who respectfully called him 余老师, he also had many detractors who thought he was mad like his mother and sister.

In June 1996, Yu Chun Shun 余纯顺 embarked on an expedition to trek 172km across the Taklimakan Desert from Peacock River to an army camp at a place called Luo Bu Bo. He planned a 6-day trek, but there was no sign of him at the intended destination. Search parties on jeeps could not locate him. 12 days from his departure, a helicopter was sent out. They found his body dessicated on the desert sand. Investigations concluded that disoriented from dehydration, he had lost his way.