A year ago, we embarked on an Aussie Odyssey that traversed the Red Centre from Darwin to South Australia, then cutting right across to Sydney, Brisbane and Gold Coast. My No. 2 has been bugging me to bring him back to Australia ever since. With a much smaller budget this time, I decided to just hang around New South Wales and explore the desert-like bays and beaches with their giant, Sahara-like sand dunes. This trip would also include the scenic Myall Lakes National Park. 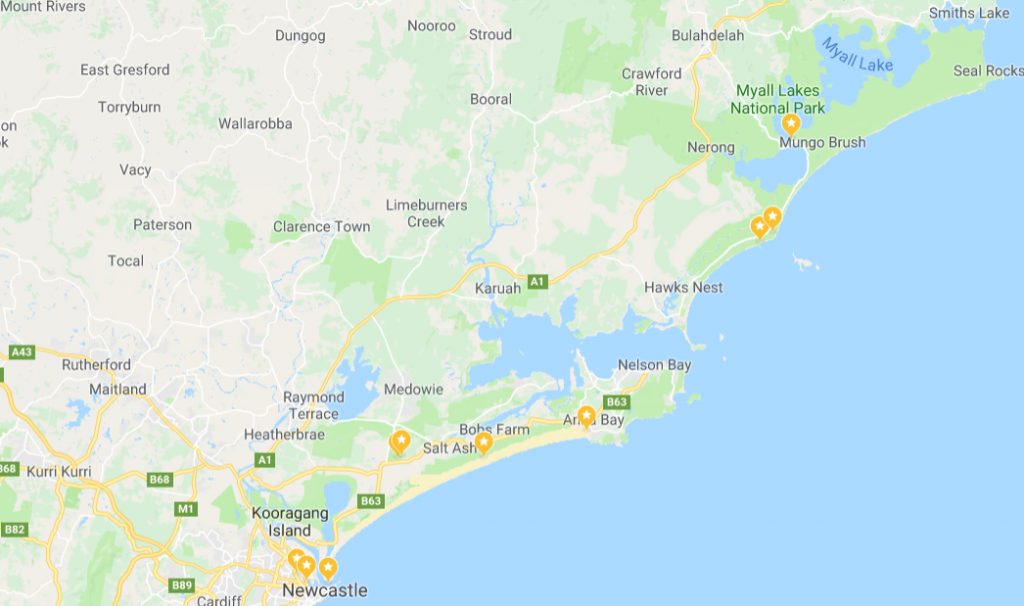 Making Sydney our starting and ending point meant enduring a 7.5 hour flight at the start and the end. It’s not much fun on a budget airline with limited legroom and depending on how much fluids you think you need, going to the toilet can be a real hassle. Upon touching down, I had to get my very important mobile internet access before catching the next train to Newcastle. The train ride took 2 hours. My kids must have wonder if we were going on a hunger strike, but we arrived safely at Newcastle in the wee hours of the morning. It was pouring – a condition which struck me as very unusual after travelling through the Red Centre with cobalt blues skies and not even a pond in sight.

Turning on my Uber app brought a very friendly driver who offered to drive us to a 24H drive in McDonald’s to grab some dinner before checking in. It turned out that the apartment I booked was closer to Hamilton than Newcastle. In fact, it was just across the road from Hamilton train station. Somehow, our driver insisted that the place we booked was some sleazy bar.

Anyway, the place was totally unmanned. The remote “reception” sent the codes for unlocking the doors through sms and we checked ourselves in to find a nice and clean apartment equipped with a kitchen. We wasted no time to wolf down our long overdue dinner before showering and going to sleep.

And yes, there was a sleazy bar diagonally across the traffic junction from our apartment. Our driver was probably too drunk that night. The rain showed little signs of petering out the next morning. After stuffing ourselves with breakfast – which took up the stomach space for lunch as well, I wondered what we could do in this sort of weather. I actually asked the pretty waitress at the breakfast place for some suggestions on what we should do on a rainy day like this and she sounded so nervous that she probably thought I was trying to hit on her.

But just as we were making our way back to our apartment to watch TV, the skies cleared. I grabbed the day bags and quickly summoned an Uber to Stockton Beach. The driver was an Afghan man who arrived here as a refugee. He spoke very good English and was mild mannered and polite until he talked about the US. It’s amazing how much damage self-righteousness and acts of “peace-keeping” can do to this world.

As we passed the mounds of coal piled up along one side of the road, we realised that you shouldn’t bring coal to Australia’s Newcastle too. Our driver brought us to the office where we registered for our quad bike tour. After registration, she drove us to the place where the bikes were parked. Most folks had driven there on their own, but being customers, it’s not unreasonable to ask for a little extra service. The lady promised to take us back when we were done. Our guide was a well-built gentleman and he gave us a safety briefing before we commenced. Basically, the only things we had to control were the accelerator and the brakes. It’s that simple and perhaps even idiot-proof. Our guide led the way to the beach and we soon found ourselves on the dunes themselves. 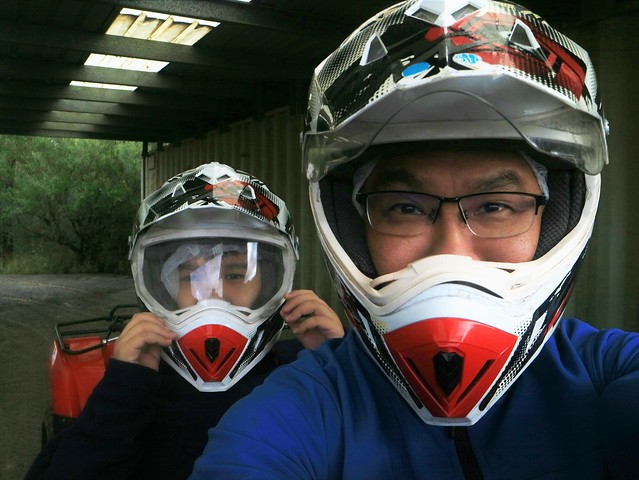 Before the ocean, was this huge stretch of sandy beach where strong winds sculpted massive frozen waves of sand. Sadly, it was a cloudy day and it was almost noon. Otherwise, light and shadows would turn this into a beautifully multi-dimensional site. The sand had been somewhat compacted by the rain. There was no powdery effect, but unfamiliar with such an environment, they kids explored and experimented with every means available to them. We went up and down the dunes, the bikes sputtered rapidly as we ascended and sailed almost silently downhill. There was no one else around. There was only the sound of our bikes, the wind and the children’s laughter. 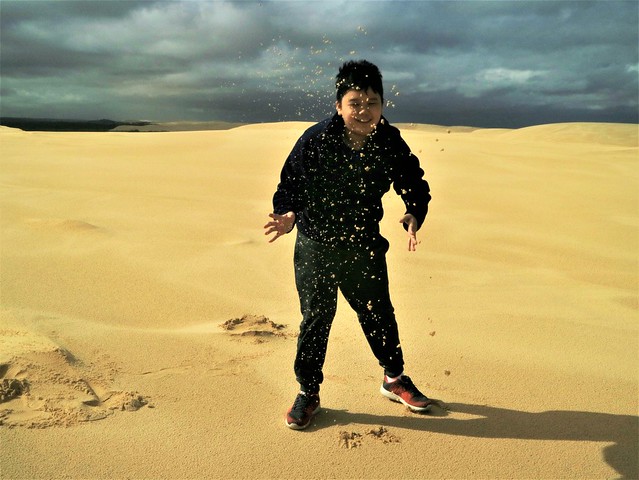 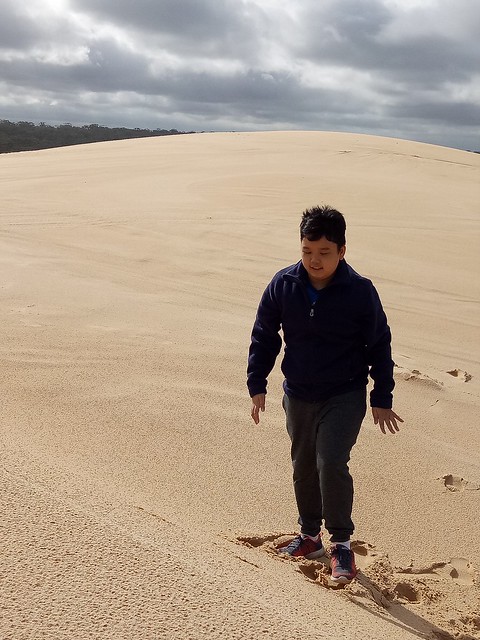 Just as we finished our tour, it started raining again. We went back to our apartment and waited. By the time the rain stopped, it was early evening. We checked out the supermarket and picked up some food to cook for dinner. We ate mostly at restaurants on our previous trip. With attached kitchens at almost all the places we stayed, preparing our own meals was an option. Raw and even partially processed food at Australian supermarkets are so cheap and you really save a lot of money by cooking your own meals. And that was the end of our day in Newcastle.