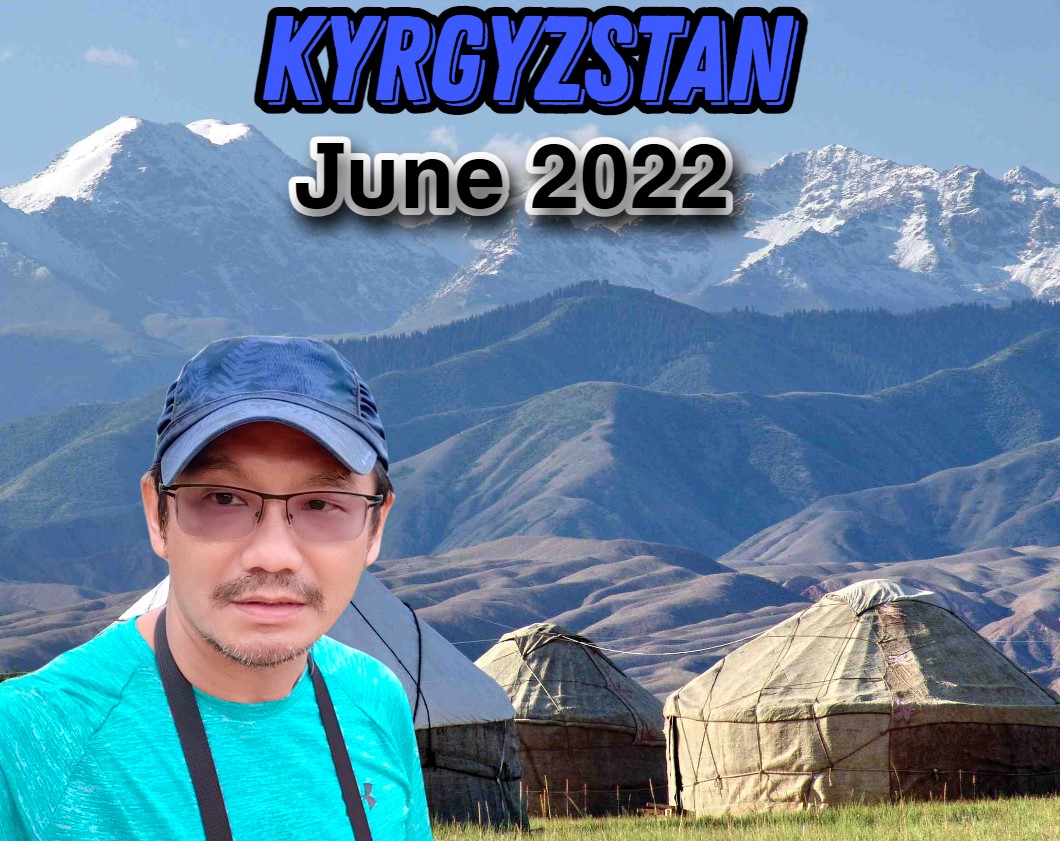 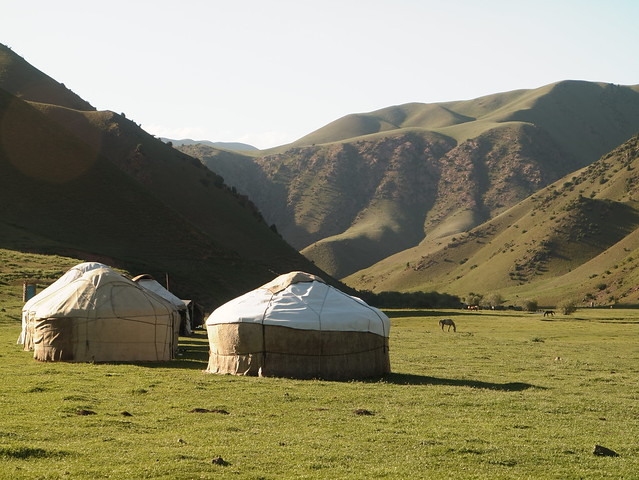 Kyrgyzstan is a landlocked country in Central Asia. Kyrgyzstan is bordered by Kazakhstan to the north, Uzbekistan to the west, Tajikistan to the south, and the People’s Republic of China to the east. Its capital and largest city is Bishkek. It has a mountainous terrain.

Ethnic Kyrgyz make up the majority of the country’s six million people, followed by significant minorities of Uzbeks and Russians. The Kyrgyz language is closely related to other Turkic languages.

Kyrgyzstan’s history spans a variety of cultures and empires. Although geographically isolated by its highly mountainous terrain, Kyrgyzstan has been at the crossroads of several great civilizations as part of the Silk Road along with other commercial routes. Inhabited by a succession of tribes and clans, Kyrgyzstan has periodically fallen under larger domination. Turkic nomads, who trace their ancestry to many Turkic states such as the First and Second Turkic Khaganates, have inhabited the country throughout its history. In the 13th century, Kyrgyzstan was conquered by the Mongols; it regained independence, but was later invaded by Dzungar Khanate. After the fall of Dzhungars, Kyrgyz and Kipchaks were an integral part of Kokand Khanate. In 1876, Kyrgyzstan became part of the Russian Empire, and in 1936, the Kirghiz Soviet Socialist Republic was formed to become a constituent republic of the Soviet Union. Following Mikhail Gorbachev’s democratic reforms in the USSR, in 1990 pro-independence candidate Askar Akayev was elected president. On 31 August 1991, Kyrgyzstan declared independence from Moscow and a democratic government was established. Kyrgyzstan attained sovereignty as a nation state after the breakup of the Soviet Union in 1991. Independent Kyrgyzstan continues to be plagued by political turmoil as well as economic troubles and ethnic conflicts. It is the second poorest country in Central Asia. The country’s transition economy is heavily dependent on deposits of gold, coal and uranium.

Frankly, I was too eager to start travelling again after being stuck in Singapore for two years. There were quite a number of options back then, but I wanted to go somewhere different and not too expensive. My search landed on Kyrgyzstan. The culture is exotic, the photos and videos showed beautiful landscapes and people. Going there meant a layover in Dubai, but neither Dubai nor Kyrgyzstan required tests for for vaccinated travellers. I decided to make my first trip to Central Asia. Come join me on my first adventure to this exotic land of spectacular landscapes.