Every adventure comes with a certain degree of risk which is impossible to measure or predict. What about prevention? Well, on a climbing trip, there are certainly some measures that can be taken to significantly lower the risk of injury. Apart from the elements, human error can also result in nasty slips and falls.

What about places with ongoing military conflict? Like volcanoes, there are different alert levels. It can be an full scale eruption or a full scale war (stay away!) or it could be just a bit of venting or sporadic, small scale skirmishes. The benefit of hindsight aside, Whakaari had an alert level of 2 on that fateful day, the same alert level as Gunung Agung (Bali) which had an exclusion zone 4km in radius imposed. Why did people think it was safe to go down the crater of Whakaari? As for Myanmar, the Ministry of Foreign Affairs (MFA) has warned that there is fighting in northern Rakhine State. Mrauk U is deemed unsafe.

Experience tells me how to interpret that. It means that the place is generally safe, but …. just don’t be at the wrong place at the wrong time. With sporadic fighting over just a couple of small sites within a wide area, the chances of getting yourself killed is probably as high as that of striking lottery. As a resident, I would be quite worried, but as a tourist staying for just a couple of days, the risk is very small. The air ticket to Sittwe that I booked with Myanmar National Airlines was my lottery ticket and not surprisingly, I didn’t strike.

Some 6 years ago, I published Spellbound in Chiangmai, a collection of short stories depicting the misadventures of simple and sheltered Singaporeans stumbling and fumbling in complex and enigmatic Thai society.

One of the stories in the book tell the tale of a wandering Singaporean who fell in love with a Burmese girl at the Thai border town of Mae Sai. She was one of the many “undocumented” workers at a Chinese restaurant. When war erupted across the border, the Thai authorities pushed all these “undocumented” migrant workers back into Myanmar. By the time our “hero” arrived at Mae Sai again, the gate at the border was already shut.

The Singaporean in the story was braver than most of his kind, but he was still totally at a loss. There was no police he could turn to. The government had better things to do than to help him with his personal problem and the solution to that problem was completely out of his league. 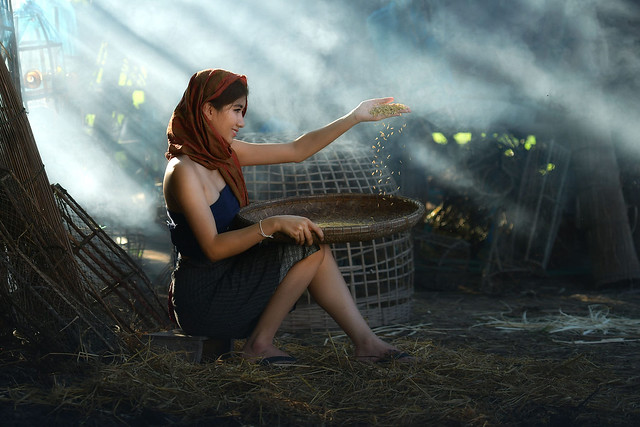 This was a war zone daring him to enter. He was as frightened as he was anxious over the well-being of the person he loved. No amount of military training prepared him for anything like this. Having lived in a safe, sheltered, orderly, predictable and sanitary environment all his life, he was not prepared to play the real hero in the romantic war movies he had watched.

At this point, a rival who had been keeping his thoughts to himself confessed to his feelings for the same girl. He was a descendant of Chinese refugees who had fled to Myanmar and then to Thailand. Unlike the Singaporean, he was prepared to risk arrest, cross illegally into Myanmar and rescue the girl, marry her and give her Thai citizenship so she could remain in Thailand.

Could our cowardly “hero” do the same and bring his poor Burmese girlfriend back to Singapore? He gave up. His inconvenient love story would have to be left for someone more gutsy to complete. Deep down, he was just like most of his countrymen, a wimp who would freak out at the first sign of trouble; only able to thrive on a safe, obstacle-free path.

I don’t normally discuss politics on this blog, but too many people around me shy away from “trouble” and try to explain their apathy by smugly interpreting the courage and commitment of dissidents in Hong Kong and Taiwan as foolishness. How nice if one could just bask in riches and enjoy the bliss of ignorance and ideological slavery.

But “trouble” and conflicts occur everywhere in the real world – including advanced countries that don’t get any travel advisory. On the streets of Taiwan, Tokyo, Hong Kong, London, Paris, Seoul, Jakarta (yes, somebody warned me of violence on my last trip to Indonesia) and Kuala Lumpur. It even happens in mainland China, except that it’s covered up. Strangely, “trouble” is only unthinkable in safe and sanitary Singapore. What’s normal disruption in the rest of the world can be deemed catastrophic in my country. How “lucky” we are to be able to run undisturbed on our hamster wheels.

Back to the topic, how safe or dangerous is Myanmar if you go off the beaten track? It’s an impossible question to answer as there are too many factors at play. Nobody can guarantee your safety or injury. But would you wait for people to give you guarantees or assurances before you do anything?

I’ve been to Nepal several times during the Maoist insurgency. Unlike the average Singaporean who may boast of having travelled widely, I’ve actually witnessed riots and strikes. Suffice to say that an isolated incident or a snapshot of a certain newsworthy event is no indication of what is likely to happen to you when you are there. Of course, unless you’re into insurgency yourself (like Rambo), you must be cooperative with the folks who have a vested interest in your safety and observe curfew times, be alert and scan the faces of the locals for signs of unease. If they smile and go about their daily routine in a relaxed manner, you can be quite sure that it’s OK for that moment. When things change, you move.

On this trip to Mrauk U, I heard mortar bomb explosions when I was at Ko Thaung Paya east of town. According to my driver, the fighting was taking place some 15 miles away. He warned me to stay away from police stations as they are the favourite targets of the rebels. The first explosion was pretty scary, but subsequently, they came at 10 minute intervals and became easy to ignore. The town area was so peaceful that apart from the presence of foreign medical aid workers and refugee camps, there was practically nothing unusual going on. It’s such an irony that war chased the tourists away and made the place a lot more peaceful than during peacetime.